My trail cams captured Mohawk, a black bear sow, taking a bath in the stinkiest pool you can imagine. It may be stinky but the great news is that it still has water! 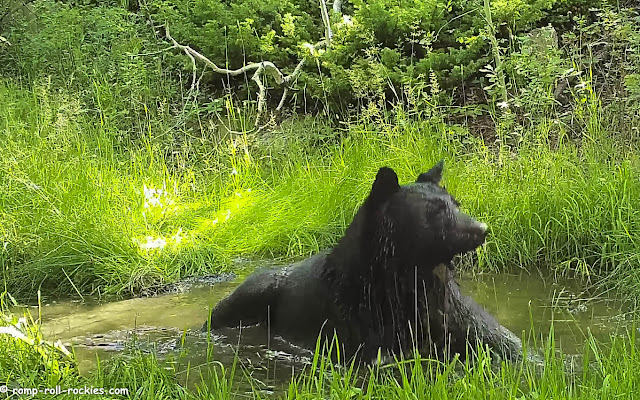 Mohawk is such a character. She's been around since her youngest days and is truly coming into her own. She has claimed a prime piece of territory as hers. She probably was able to do this because of the losses of two ursine matriarchs of our area in recent years. I don't know what happened to them - I simply know that they disappeared.

Mohawk is probably the daughter of one of them. In the black bear world, daughters stay in their mother's territory. If the mother is alive, she cedes a portion of her land to her daughter. In contrast, male cubs must travel long distances to find their own territories well away from their mothers.

One of the big features of Mohawk's territory is that she has two springs that run almost all the time. I've never yet seen them dry. Her favorite is an exceptionally stinky one that may help prevent parasites from inhabiting her skin or GI tract. That's the only explanation that makes sense to me about why the bears favor the stinkiest water source!

She took a very vigorous bath, including rubbing her face with her front paw extensively. She also blew bubbles whenever her snout went under water. You can hear it in the video.

She rolled over on her back with her paws in the air at one point. 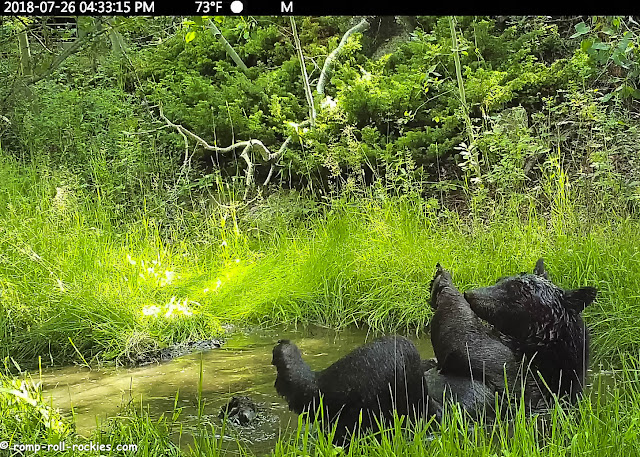 She startled once, almost leaping out of her skin. And finally, she went bipedal for us. I believe that she was sniffing a branch hanging over the pool, just out of view of the cam. 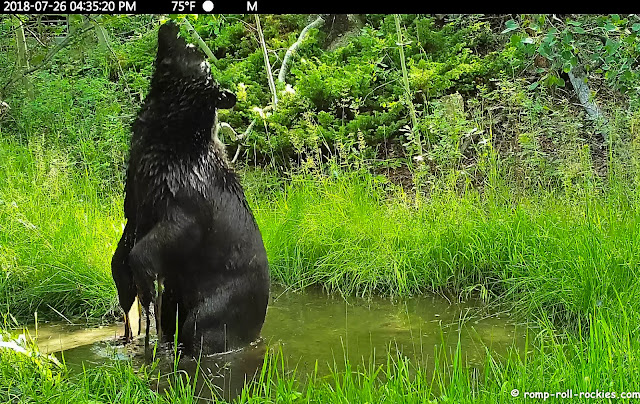 Mohawk will have cubs this winter in her den if she gets enough to eat and stays safe from humans between now and then. She mated with Tiny this summer - so it will be especially fun to see their offspring, knowing who the parents are!

Here's the video of her bath. Be sure that your sound is turned on so that you can hear her blow bubbles!