As we mountain people go about our normal activities, our wildlife are doing the same - but they're out of our sight. I am endlessly fascinated by how large predators manage to fly under the radar when they live so close to humans. These past few weeks have - yet again - showed me that they are going about the business of living just outside the lights of human life.

I've been lucky this winter because I've twice found out the locations where mountain lions took down elk. The first one was in late December. After the lion and coyotes had finished feeding on the carcass, I left a trail camera there to find out whether he returned to that hunting ground in the near future. It turned out that lion did return, using exactly the same route as when he was feeding on the elk.

He is a big mountain lion. He decided to hang out in front of the camera for a little bit, and that is included in the video at the end of this post. 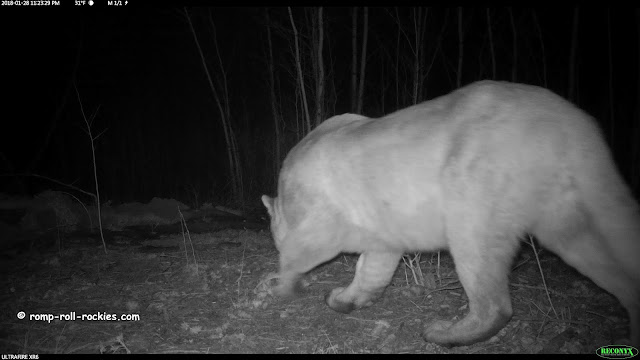 Usually, I'm lucky to know about one such site per winter. This year was different. I've already known about two kill sites.

You may remember my post a couple of weeks ago about an elk that was killed by a mountain lion. I didn't find the elk carcass until the day after the lion had abandoned it. I did get lots of footage of the lion at a nearby scent marking site which you can see in the previous post.

I posted trail cameras at the elk carcass to see which animals ate it and whether the lion returned. I discovered that the carcass was dominated by a single red fox every night for a few nights after the lion had moved onto other meals.

Then, a second red fox showed up, and things got interesting. As you might imagine, the original red fox wasn't too happy to share his meal. He gave warning signals to the interloper. 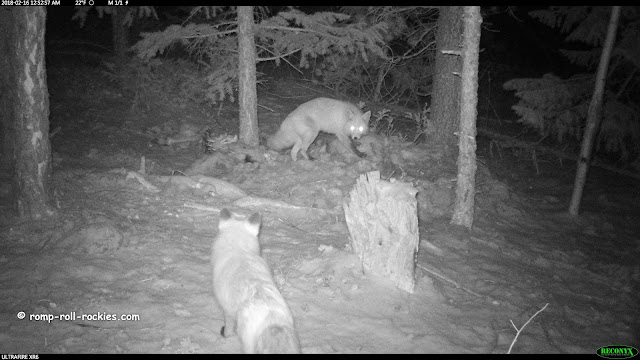 And he even scared off the interloper a few times. 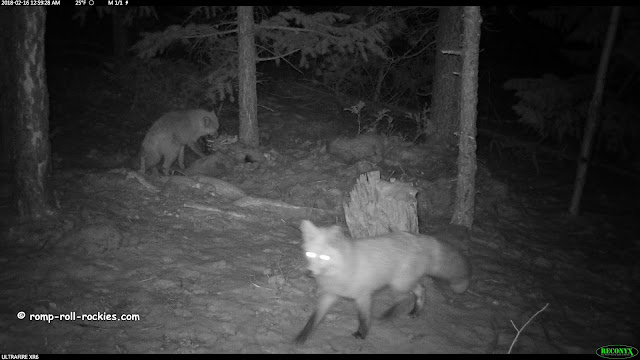 Eventually, the pair settled down and shared the remainder of the meal. 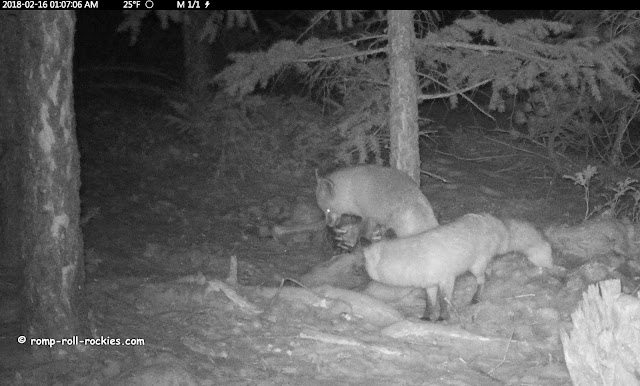 After they were finished with it, there was a quiet period at the carcass with only a pair of ravens during the day and no one at night besides a spotted skunk who visited briefly.

Then, much to utter surprise, a mountain lion picked over the remainder of the elk for a few minutes after the foxes had dispersed. Here he was on arrival... 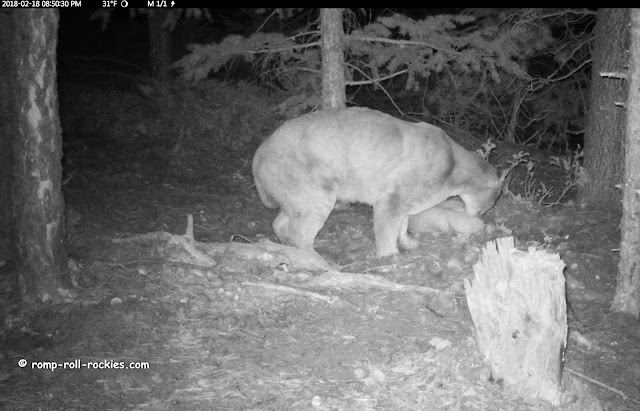 And then he disappeared into the night with a swish of his tail. I had my usual conflicted thoughts as I watched footage of him leaving, wishing him successful hunting so that he can flourish but then wishing that no deer or elk had to be killed for him to flourish! 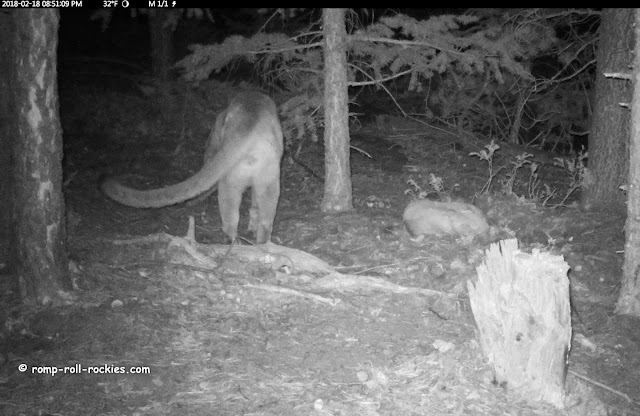 I made a video of all this activity which you can watch here or at Youtube.

I have to thank the wildlife for remaining so active all winter so that I've been able to keep my weekly wildlife post going!