The trio of moose who I showed you swimming in a pond last week has been hanging out together. They are seeking out water but sometimes the sources are not as big as a pond. Recently, they visited a water hole together, and it appeared that they had a squabble over water rights (just like the people in the west!). 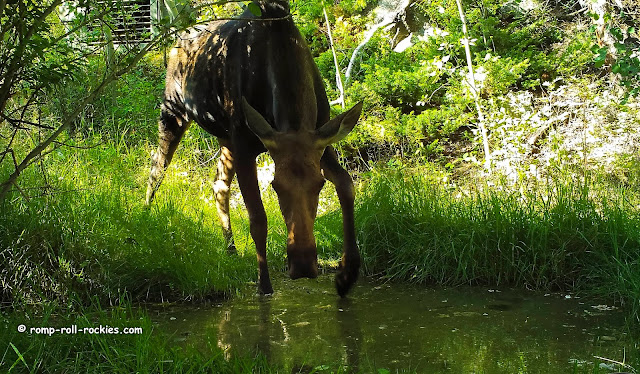 He arrived like a mack truck, barreling into the pair of moose and making them move out of the water. 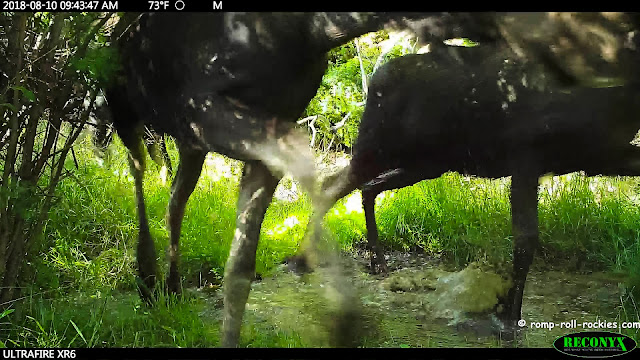 The male in the pair who was just bullied out of the water looked hard at the moose who had thrown him out but no fight broke out. The moose who had successfully claimed the water was definitely the biggest of the three. 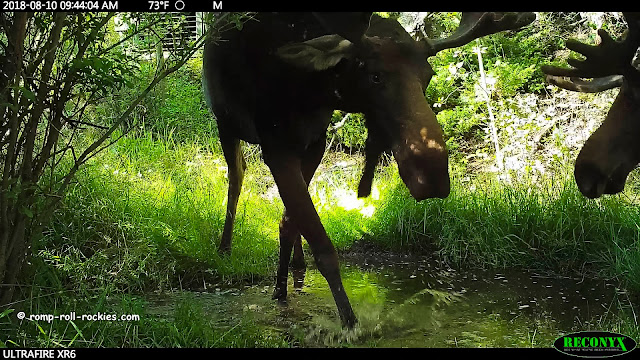 Then, the biggest moose monopolized the water for the rest of their time at the water hole. He lay down in the water and did not budge even when the others paced past him. Finally, when he saw the other two leaving, he abandoned the water to follow them. I hope that they forgave him.

Here's a video of the trio at the water hole. You can watch at YouTube:

https://youtu.be/cZIDAZgngQg
Due to technical difficulties, you have to click the link to see the video! Thanks!
Posted by KB at 4:00 AM