Our last bear wandered the paths in our forest in early December. Now, he's gone to bed just like all his brethren.

I have footage of his last days of wandering. It's remarkable how slowly he was moving as his metabolism wound slowly down toward hibernation.

Early on 12/3, he started walking on bear trails, albeit very slowly. I first picked up his image at a bear-marking tree. He sniffed it... 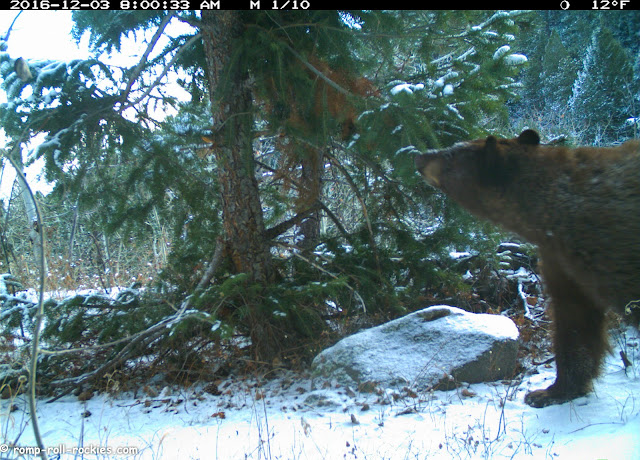 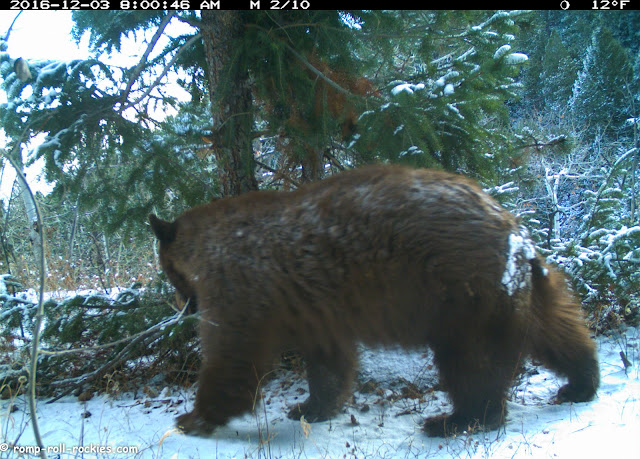 Before leaving, he showed us the snow matted in his rump. I think he'd been sitting someplace for a while before he walked to this tree. 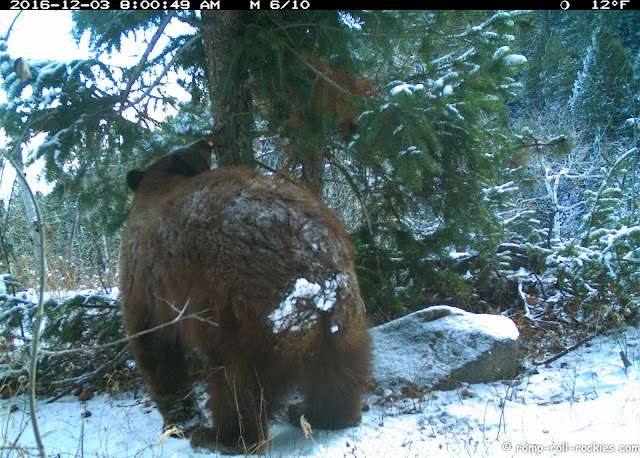 Just a little later, I found his tracks. On this remote road, he loped along the left edge, I rode my snow bike in the middle, and a rabbit hopped along the right of the road. We all left our tracks. 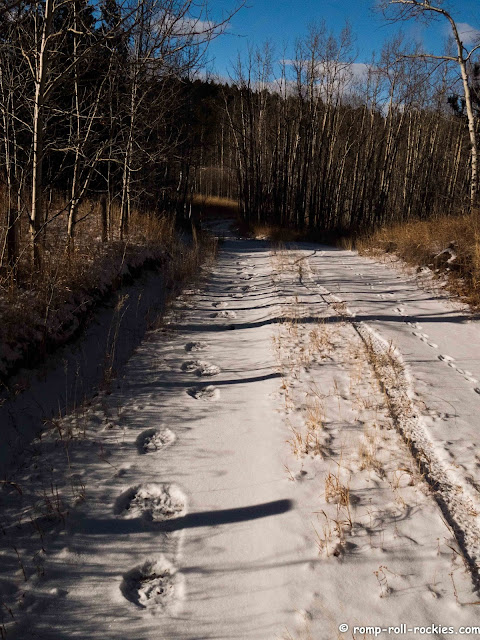 I captured video footage of this bear at several sites over the next 36 hours. He visited several bear-marking trees and then came to my house! That made me laugh after I'd had fun tracking him the previous day.

We have a bear-proof bird feeder that the local bears all know is truly bear-proof and rarely visit. I don't think that this bear was a local bear so he spent a long time on his hind paws staring up at the food over his head. His slow pre-hibernation behavior was markedly different from the behavior of the only other bear who visited back in May.

I hope that you enjoy the video!