Last week, I told you about the mother mountain lion and her two kittens who were in our area. I haven't seen them recently but a new saga started after they departed.

It began with this photo. I am focusing my trail cams on our remaining water sources now because so many natural springs and water holes are dry. This lion stopped for a drink. By itself, that's not unexpected. 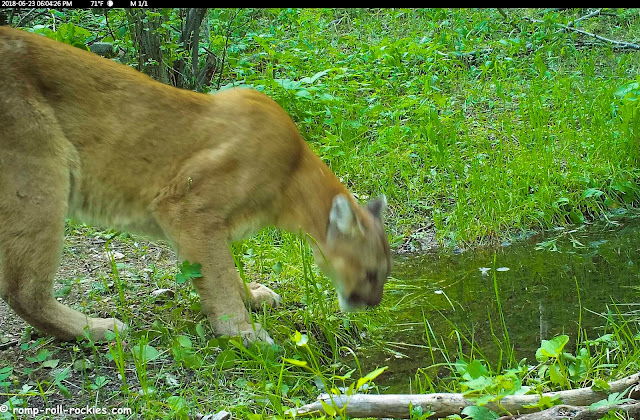 Then, there was another drink by a lion. I didn't know if it was the same one or a new one. 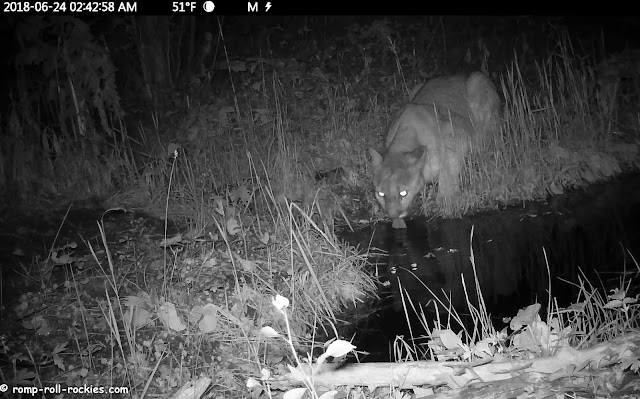 When this third bit of footage appeared, I was thinking that a lion had a carcass stashed near this spring and was stopping for a drink on his way to and fro the carcass. 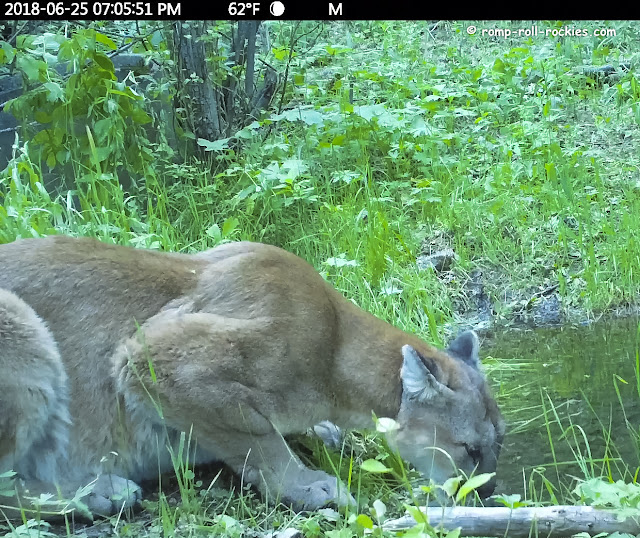 Then came one of the most surprising mountain lion images of a lion that I've seen in a long time. Look closely at the upper left corner. Yes, that's the nose of another mountain lion who was licking the drinking lion's fur. 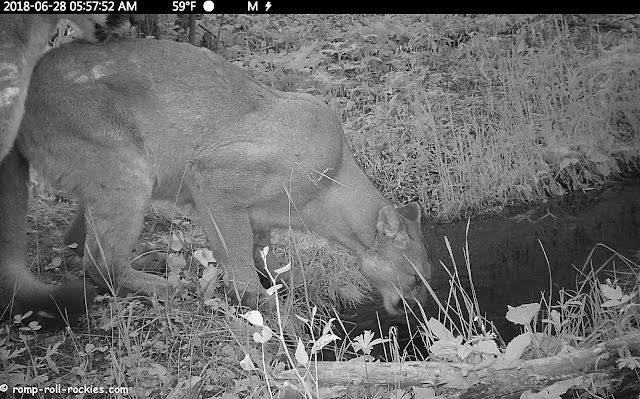 I believe that the left mountain lion is a male and the one who is drinking is a female. The male repeatedly licked the fur of the female.

Then he got more forward and tried putting a paw on her back. The female growled - by far the lowest and most scary sound I've ever heard from a mountain lion. 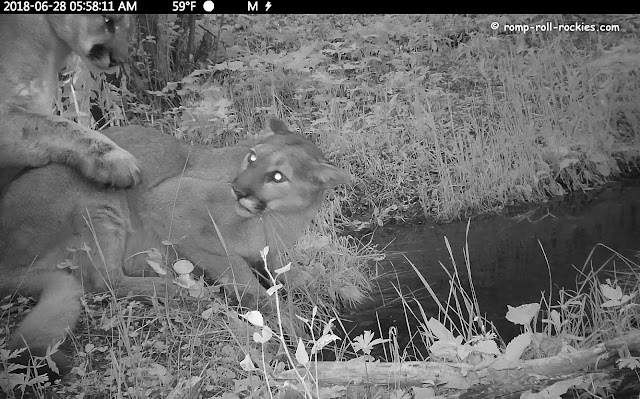 Obviously not as impressed as I was by the growl, the male kept licking her fur and making small overtures as the female drank. 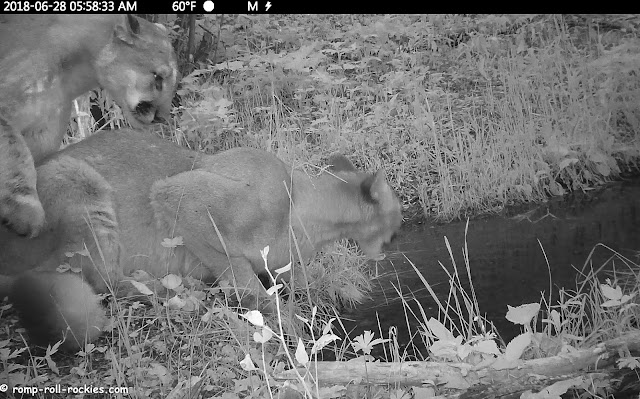 Then, the female growled again for good measure just before she got up to trot away. The male was on her heels. 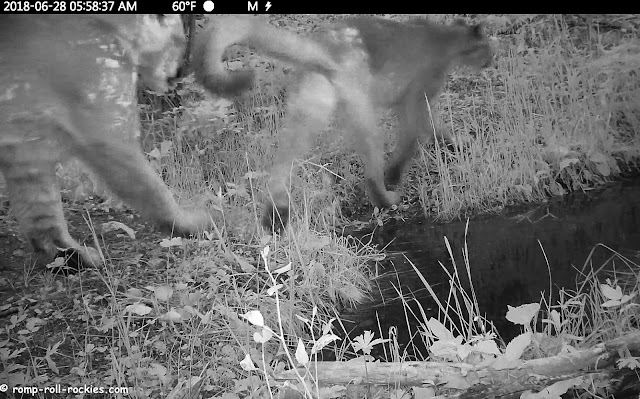 This is almost certainly a mating pair of mountain lions. The above black and white photos were from the only footage of them together but each of them came to the spring in the days before and after they were together.

Here's one lion at the spring, the male I think. He'd drink and then crane his neck to look over his shoulder. I suspect that the female was somewhere back there. He is distinctive-looking with his whitish chest. 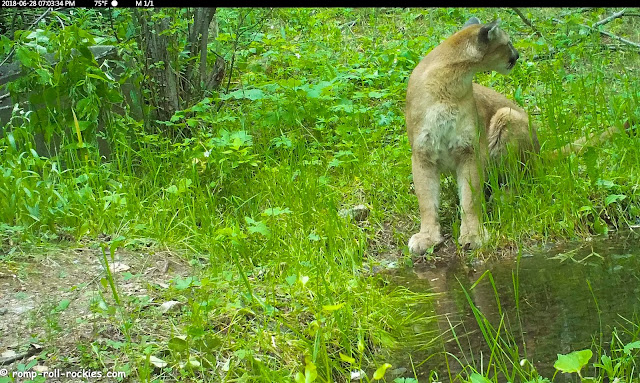 This pattern was still going on when I last checked the camera at the spring. A mating pair will spend at least a week together, if not longer. If the female is impregnated, she'll give birth in about three months - in October.

I have footage of this amorous mountain lion pair. I made two versions of it. The first is very short - it shows only the time when the two were together at the spring in front of my trail camera. The second is a bit longer, including snippets of the visits of the cats to the spring around the time when the pair was together on camera.

And the longer version:

My trail cameras are incredibly time consuming but the amazing footage that they get makes the effort very worthwhile.

The Runner thought of quite a few one-line jokes to go with this footage. Can you think of any?
Posted by KB at 4:00 AM