Bears and Moose go for Swims!

Hot weather makes wildlife seek cool water. On a whim, I put a trail camera on a fairly "public" pond, in the sense that there's a residential tiny dirt road that goes near it. I've always assumed that it was too public for our secretive wildlife to use. I was wrong.

Bears love to swim in this pond. This smallish bear took a refreshing swim at dusk recently. 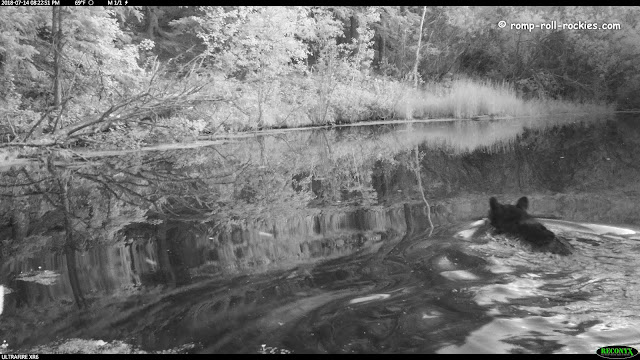 The next bear swim was late one afternoon. Don't believe the temperature read-out of the trail camera - they are notoriously inaccurate. It is considered to be scorching hot at our elevation when the temperature is around 85°F (and I've never seen it higher than that). Still, that day was very warm, and the water must have felt wonderful to this bear. 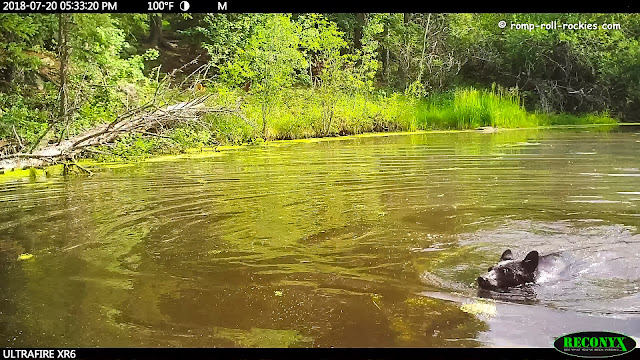 She seemed to want to get her face wet. She kept scooping her snout underwater as she swam playfully. 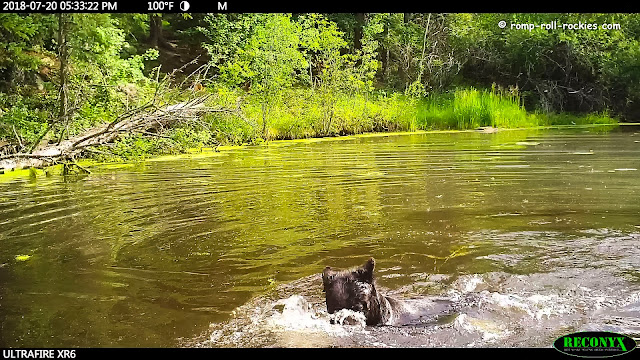 It turns out that moose like this pond too. It appears to be deep enough for a moose to actually swim. I laughed out loud when I saw this image on the trail camera's tiny LCD screen. 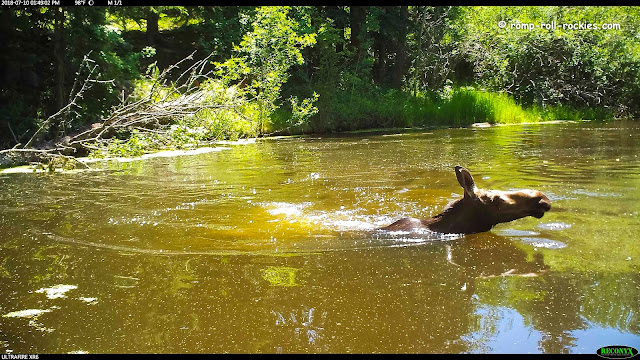 The moose did a couple of laps across the pond, and then did some crazy splashing as she got to the shore. Her splashing reminded me of a puppy learning to swim and banging their paws on the water surface. You'll see it in the video.

On another day, a moose chose to lie in a small water hole for more than an hour. It was a very warm day so perhaps that was the best way to spend the hottest part of the day. She chewed her cud and sniffed the air throughout the hour. Her eyes look crazy - I'd be scared if I saw that look in person! 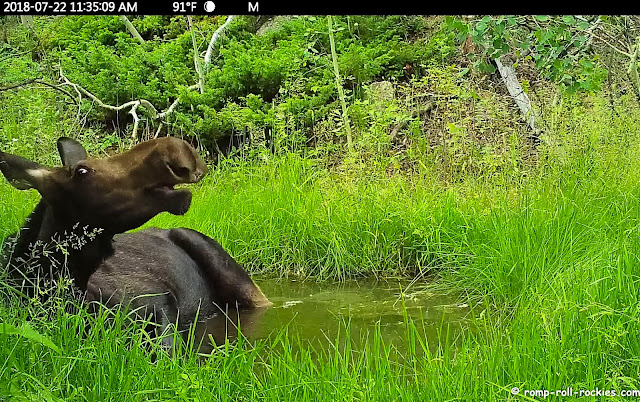 She eventually got up to leave. It looks very hard for a moose to rise from lying down. 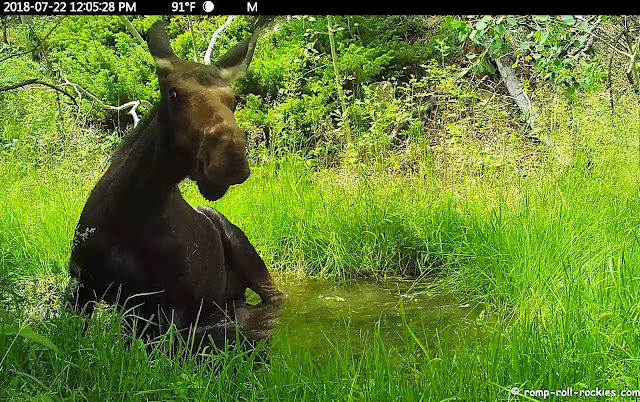 I made a short video of the bears and moose cooling off. I hope that you enjoy it!