Our bears have started their active season more slowly than usual. A number of our usual bears haven't shown up yet, leaving me feeling a little worried about whether they're okay. The most notable one is Milton, one of our two big dominant males. I am watching closely for all of them.

In the meantime, some bears who I don't recognize have been active. Do you see the reflection of this bear in the pool? 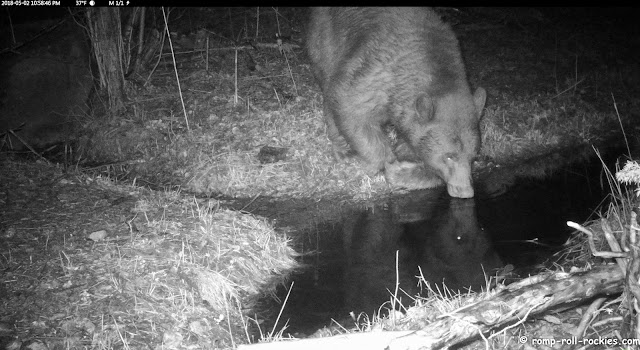 Nearby on that same day, a male bear was busy marking trees. This is the same tree that Tiny marked a few weeks ago. This bear is not as big as Tiny. 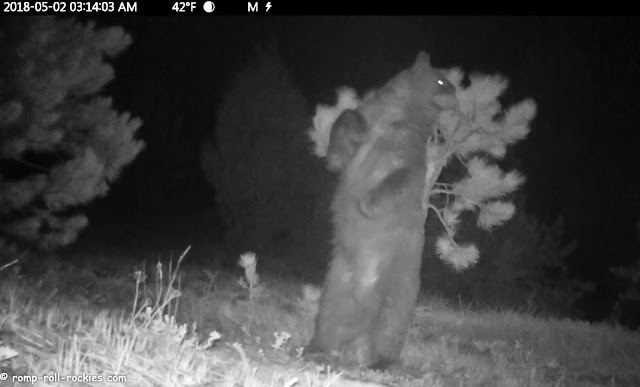 He went straight uphill to another marking site that is also a new site for a cam for me. You can see a bent over tree in the next photo. I noticed that there was fur stuck to the bark on the downward facing side of the trunk. 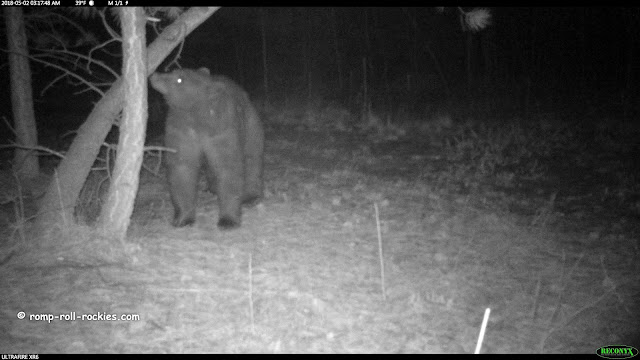 My cam told me why! 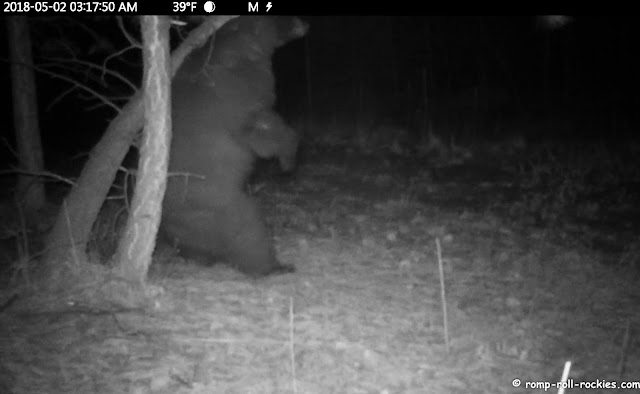 As you can see, I set the cam to be pointed too low. I expected that the bears were marking the tree by walking under it and rubbing their back on it as they walked. I was wrong. They were actually standing up on their hind limbs to mark it just like they mark other trees. I fixed the cam after I saw the footage of this first bear.

Then, the bear walked a few miles by an unknown route, marking many trees along the way. When he stood up to mark one of them that had a cam close to it, I knew for certain that he wasn't Milton. There was no white patch on his chest. 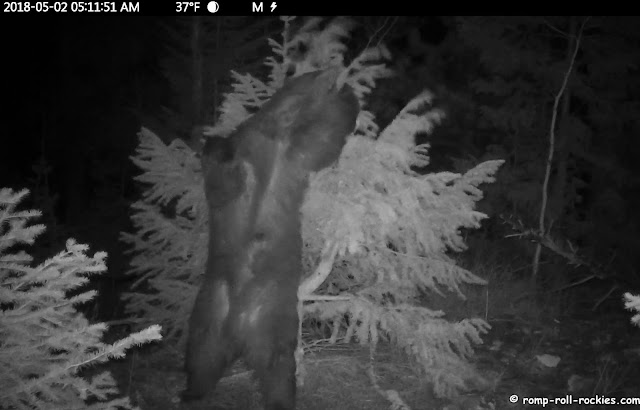 Back at the leaning tree, a smaller female bear came along to check out the tree a few days after the male marked it. 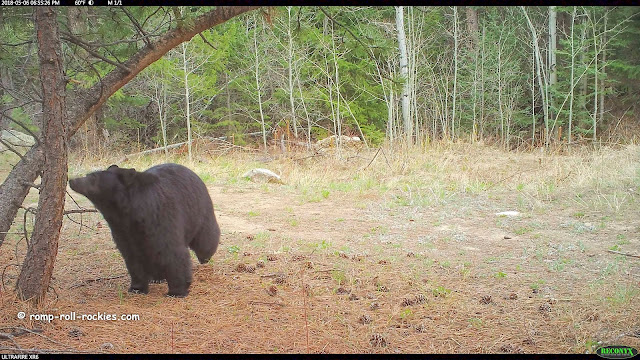 She delighted me when she stood up to sniff up where the male had left his mark. Look at her round belly after a full winter without eating. She reminds me a bit of a bear who I called "Dot" who died a couple of years ago. I'll tell you her full story in a future post. I still miss Dot who brightened so many days for me with her feisty way of living. I believe that she was going to have her first cubs in the den the next winter. 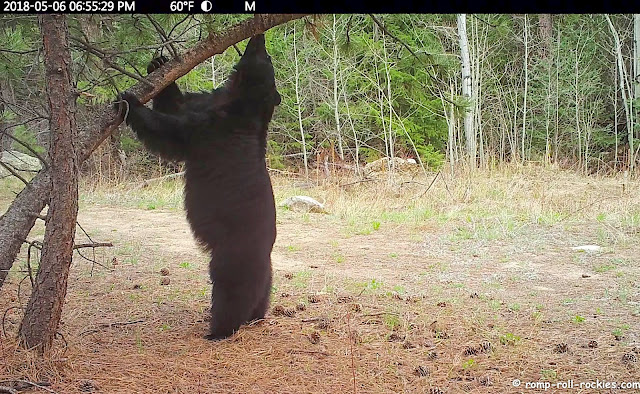 I have put together a short video of this bear activity. You can watch it here or at Youtube.