Shyla has learned to walk smoothly across a ladder!

You might remember that I trained Shyla to walk across the rungs of a ladder in January of 2017. I outlined how I trained her to do it in a post back then.

Like so many things that I've taught her, it mainly involved "shaping" where I gradually molded her behavior toward walking on the ladder using a clicker and treats. I taught her how to "high five" in a similar way. 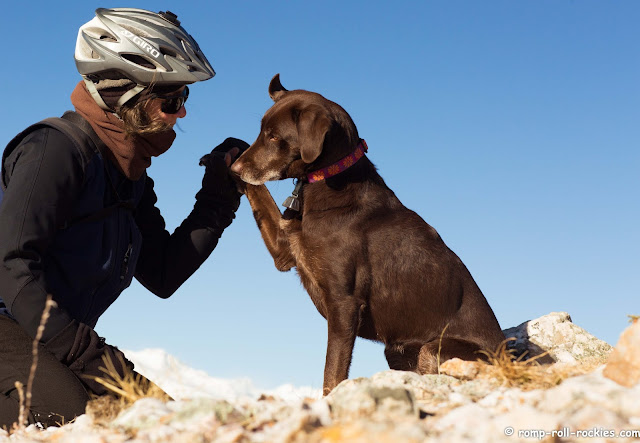 After about 6 weeks of working on it, Shyla could take a step at a time with pauses in between them. She'd fall off the ladder about once per ladder crossing. Here's a video of her walking on the ladder after those first 6 weeks. I posted it for the first time back in January 2017.


We've worked on it regularly since then, and Shyla has found a degree of grace while walking continuously across the ladder! Here's the video!


I've also taught R to walk across the ladder but it's very hard for him. Since his elbow surgery, he somehow lost track of where his hind paws are. This is a great exercise for him because it's retraining his brain to keep track of his hind paws. He takes one step, stops, takes another step, stops, etc. It's awesome that he can do it at all - it's taken him more than a year to get to that point!

For Shyla, the next thing that we're going to do is tilt the ladder upward so she's literally "climbing" the ladder!
Posted by KB at 4:00 AM