A flurry of bear activity took place after this sow marked a leaning tree. This is Mohawk, the sow who we saw consorting with a male bear a little while ago. 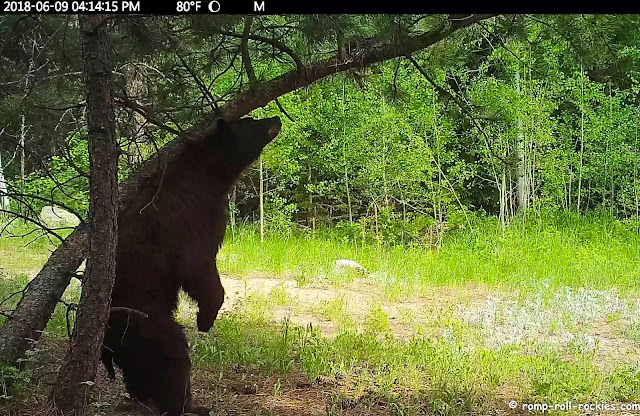 Soon after Mohawk marked this tree, the giant of our bears arrived, the bear who I've dubbed "Tiny". 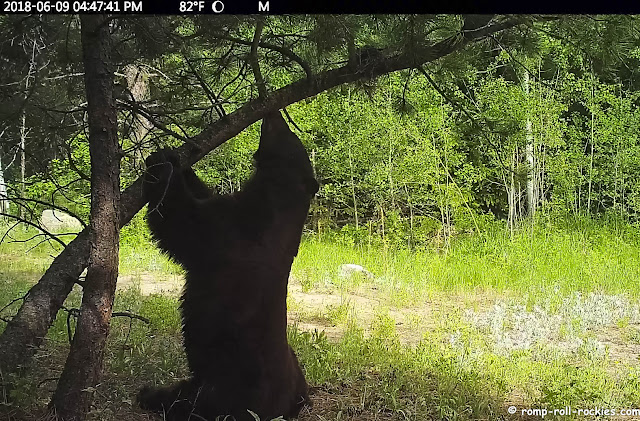 At first, I couldn't figure out what Tiny was doing because it was so odd. In fact, he's so tall that he had to sniff and mark the tree from a sitting position.

He also used an odd marking style on a nearby tree - he rammed into it with his forehead! I guess he knew that little Mohawk was nearby and was frustrated by how hard it was to find her! 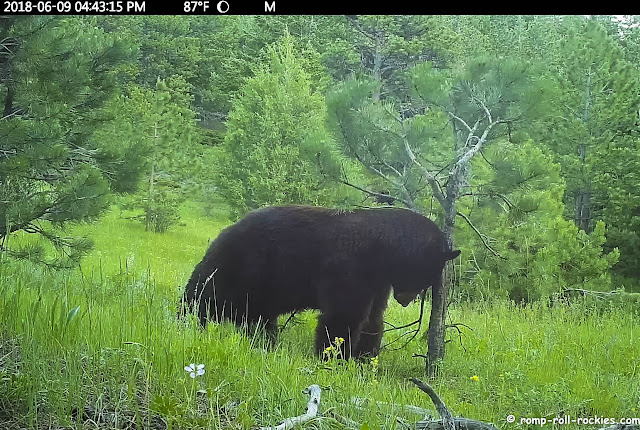 Within minutes of these two photos of Tiny, he and Mohawk had found each other and were walking the forest paths together.

They walked to a nearby water hole, and Tiny settled into it for a soak. In the middle of his soak, he stuck his tongue way out at the end of a yawn. It is astoundingly long! 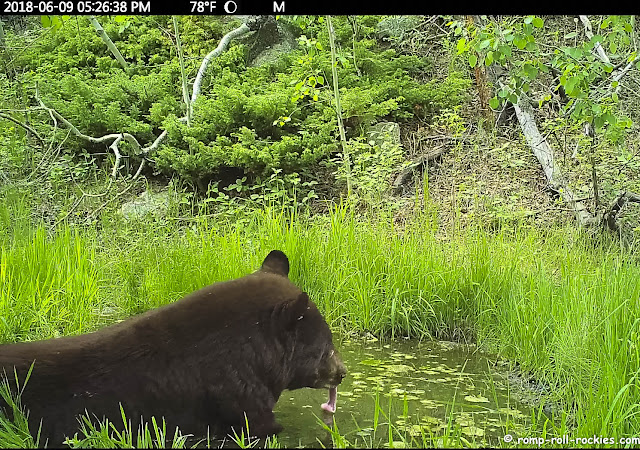 Tiny and Mohawk appeared in front of other cams that evening as they walked amicably together. I'm glad to see our last remaining patriarch passing his genes along.

You might have noticed that "Milton", our other patriarchal bear, has not appeared this season. After a decade of being the number one bear in our area, I fear that he is dead. He usually shows up in April and is extremely active marking trees - but he has not appeared this year. I will hold out hope for a bit longer that perhaps he is hurt or ill and will recover. However, my heart says otherwise. This was the last image of him that my cams recorded. 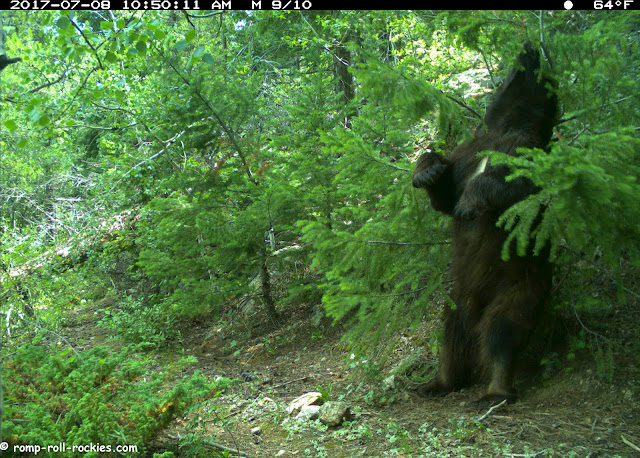 No matter what, I will always remember Milton. I learned about the amazing ways of our bears during his era.

On a less somber note, here is a video from the escapades of Tiny and Mohawk from a couple of days ago when they were courting.