Last week, my friend called to say that he could see a mountain lion walking across a small meadow with coyotes circling around him. This was in broad daylight. He said that the lion seemed unconcerned with the coyotes.

That scenario piqued both of our interest. I grabbed trail cams and headed over to look around with him after all seemed quiet. We guessed that there was a large carcass (killed by the lion) that they were vying to eat.

We didn't find the carcass that day, which is a shame because it was probably fresh then. I should have brought Shyla on a long line so that she could have led us to it. The next day, the ravens and magpies showed us that a cow elk carcass was hidden under a tree covered in snow and debris. We'd walked right past it the day before because it was well hidden.

After finding the carcass, we put up two cams: one pointed at the carcass and one on the path that we thought that the lion and coyotes were using to access the carcass.

We left the scene alone for two nights before checking it after a long night of coyote barking, yipping, and howling in the area.

What we found on the memory cards was astounding. The first night was interesting, as the coyotes obviously wanted to pull the carcass out away from the dark forest where the lion could possibly ambush them. It was hard work for them because the carcass was so heavy but they managed to move it some. 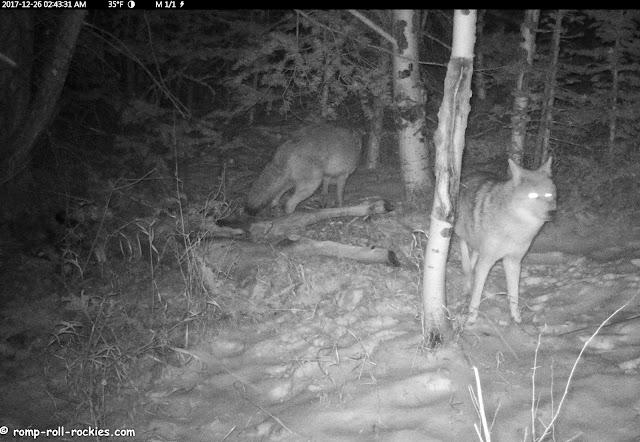 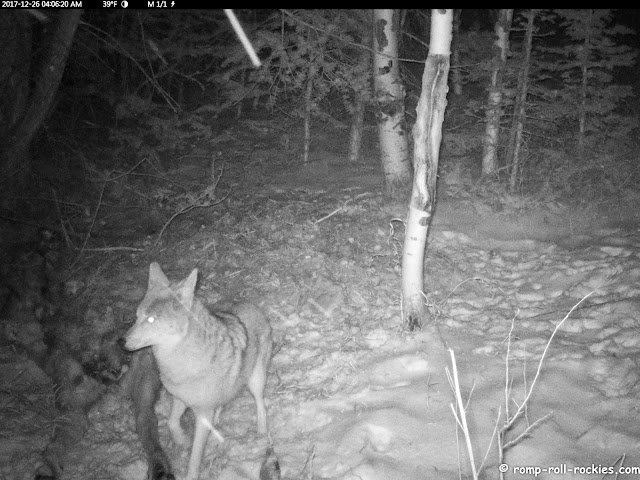 One coyote acted like the king but soon he was hiding from the lion. 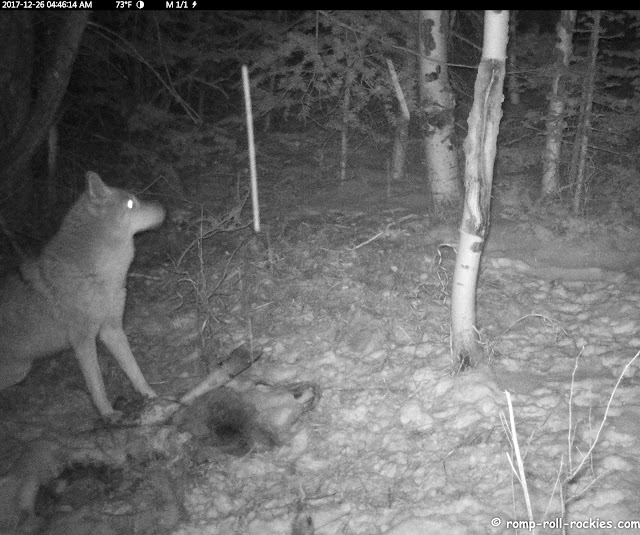 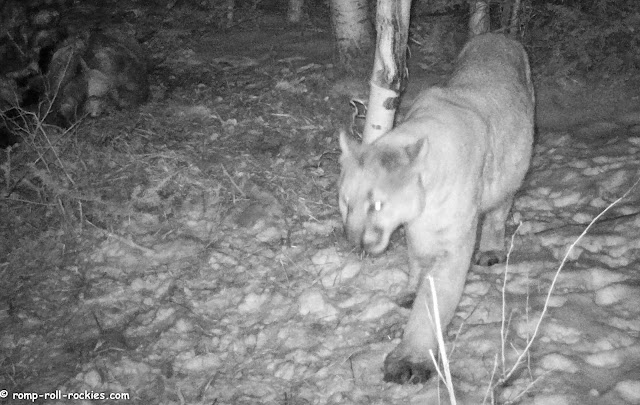 Night 2 was the most astounding. It included a coyote chasing the lion just after the lion had arrived on the scene.  I'll put together a second video to show the remainder of Night 2. It will have lots of drama of the lion and coyotes simultaneously near the kill.

Enjoy the video either here or at Youtube! (the white streaks are falling snow!)

Thanks for watching!
Posted by KB at 4:00 AM