The Grayer Parts of Life even on Sunny Days

It's been a bad luck health week. First, I had a day of feeling blue and very lethargic. I should've known that feeling - it means that a migraine is coming on. However, I always try to pretend that it's not happening - as if ignoring the signs will ward it off. That strategy never works, and it didn't this week.

Then, just hours later, my lumbar spine seized up incredibly painfully. I had this exact pattern of pain in my left lower back and down my legs in late September. It eased a fair bit with my first PT treatments but it took about six weeks before I was back to my "normal". With roughly a third of my spine surgically fused, my "normal" is not the same as most people's normal but I've become used to it. This time, my PT wants me to make an appointment with my spine doctors, including the surgeon. Dang - I didn't like hearing that.

My motto in these bad phases is to keep moving - even if it hurts to move. My doctors used to prescribe "bed rest". It took me a while to realize that lying still all day was about the worst thing that I could do. Moving gently and carefully is a much better strategy.

So, I was out this morning with Shyla, taking special happiness in watch her gallop without pain. 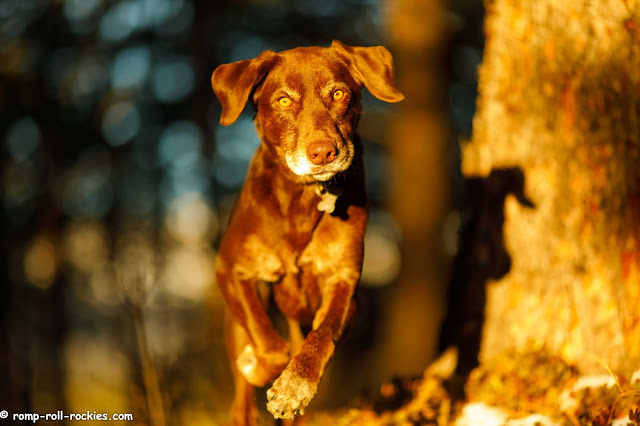 She simply loves to run and does it with such grace and ease! This one was from a recent snowy day. Shyla was maneuvering through a rock and shrub filled part of a meadow. She took a low posture, snaking through the obstacles. 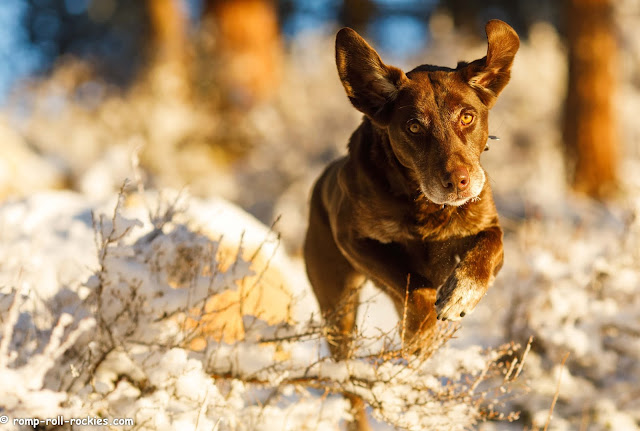 For me, photography is an activity that utterly absorbs me. I forget everything else (except for very bad stabs of pain). I love it. It's also wonderful to have a model who I love so much. 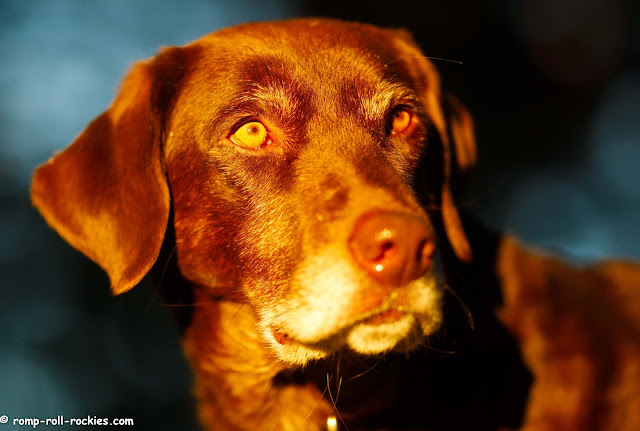 By the way, you may be noticing how fast Shyla is going gray. She's only 6 years old. She started going gray when she was less than a year old. The first places to go gray were where she had puncture wounds on her face when she joined our family (from an attack by another dog, we were told). Then, the gray fur started spreading fast. Our vet told us that a large study showed that fearful dogs tend to go gray much earlier than more confident dogs. She prepared me for Shyla to be more gray than chocolate before too long. So far, Shyla's paws are almost completely white, her chest is streaked with gray, her muzzle is completely gray, and her face is speckled with gray.

It seems that strangers and even a few friends can't help but blurt out a comment about how fast Shyla is going gray. It hurts to hear it every time even though I am fully aware of it. However, I barely see it in my everyday interactions with Shyla. Shyla is beautiful to me, no matter what. 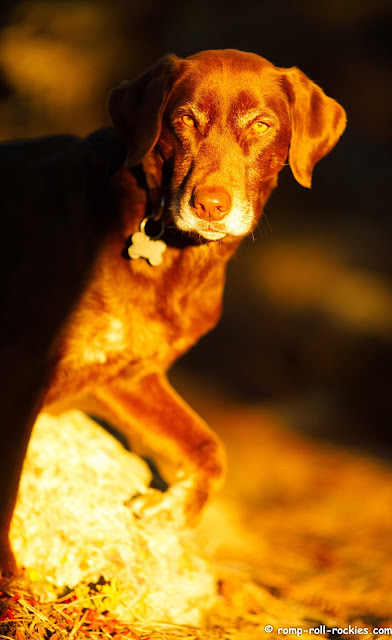