A bit longer than 2 years ago, I had trail cameras positioned outside a bear den with a pregnant sow in it. I discovered her presence in December but I had no sign that she would give birth to cubs until she started pacing outside the den in late January.

She went back and forth. You can see the small opening to her den behind her to her left. 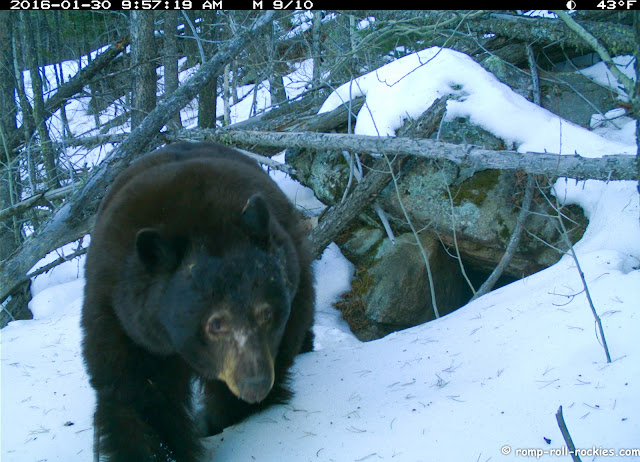 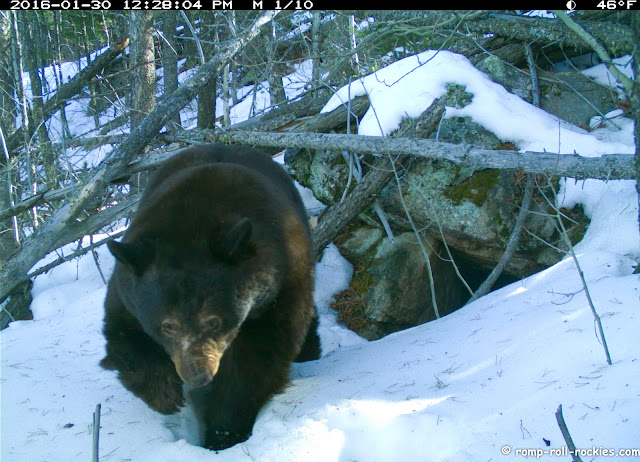 The sow paced all day and into the evening. She must have either been in labor or felt it coming on. I know from the sound of her cubs crying inside the den that she gave birth to 2 cubs in the wee hours of January 31st 2016. Of course, I had no trail cameras inside the den so it was a couple of months before we glimpsed the cubs outside the den.

I have a video of that exciting day and night from 2016. (Here is the Youtube Link).


2016 was the second winter that a bear occupied the den. The den is empty this year but I am hoping for another year with a bear family hibernating in it the future!
Posted by KB at 4:00 AM