Clouds on Thursday but still Thankful

I did everything in my power to get great lunar eclipse photos. My alarm went off at 5AM. I was on my bike soon thereafter pedaling in the snow toward Hug Hill, one of the highest hills around here. I was carrying a tripod and a camera with a long lens in a backpack.

As I pedaled up the hill, I was hit with gusts of wind that knocked me off my bike. After one gust, I got off to push my bike with my meager headlamp leading the way. I looked up as I walked, and I saw stars glittering directly overhead, giving me hope that the western horizon was clear enough to let the moon shine through.

I made it to the top in plenty of time... but there was no moon - only clouds. As a consolation prize, I saw some brilliant colors as the sun rose behind the clouds. 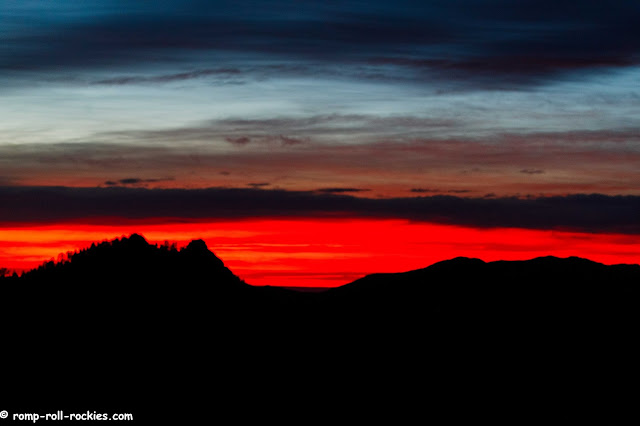 As dawn crept up me, I could see the clouds that were obscuring my view of the moon. It looked as if the flat lands below us were completely socked in. Do you see a couple of faint lights from the town below us? 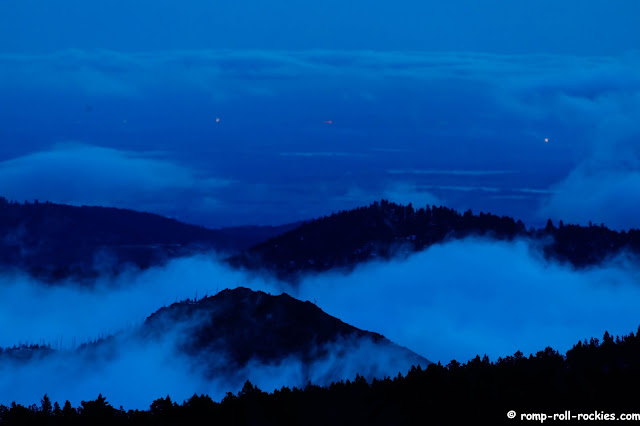 Then, the sunrise colors spread to that part of the sky, with a sea of clouds below me. 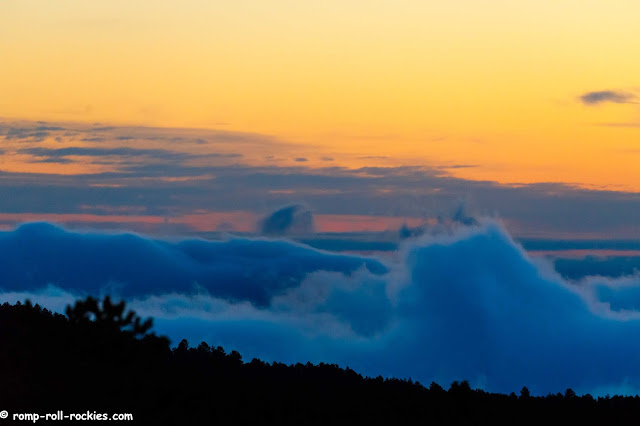 By the time the low clouds were threatening to engulf me, the moonset time had passed so I knew that I wouldn't see anything of the eclipse. I rode back down the big hill to pick up Shyla for a ride. She didn't do the very early part of the ride with me because I never allow her to be off-leash in the dark.

Seeing her atop Hug Hill showed how strong the wind was. As an aside, I was literally blown to the ground shortly before these photos. 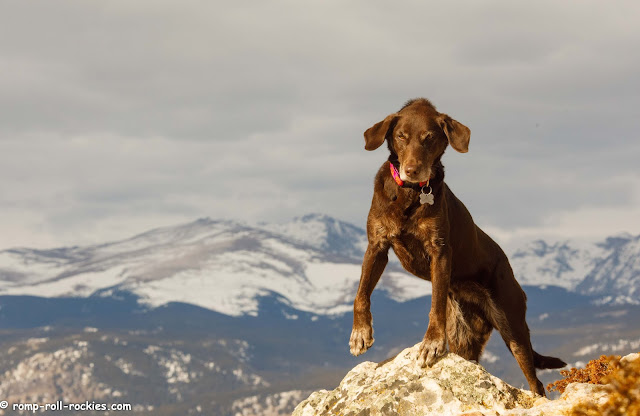 The "ruff" or "crest" on top of her head was created by the wind hitting her from behind and making her fur stand up straight!

She managed to wave to everyone while keeping her balance. 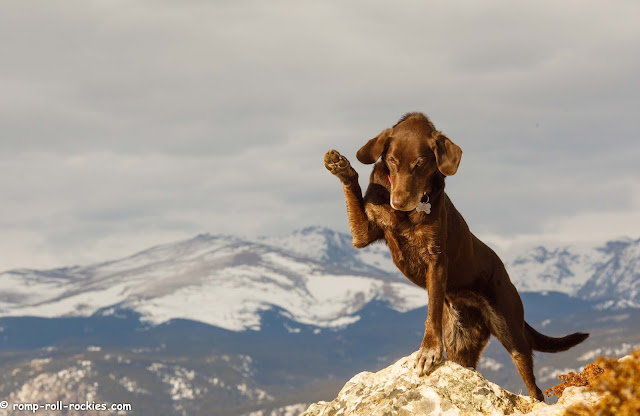 Then I called her to me, and we headed for a more protected area. 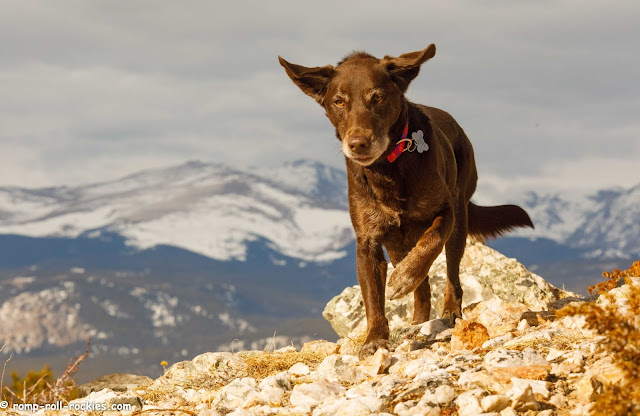 I was sad not to see the lunar eclipse but it was still a memorable morning of riding up a steep hill in the dark and on the snow with wind gusts so strong that they knocked me over. I'll remember that ride for a long time!
Posted by KB at 4:00 AM