This is my Angel K. She's been gone since 2012 but I shall never forget anything about her. I loved her eyes. Each eye had a star like pattern around the pupil. 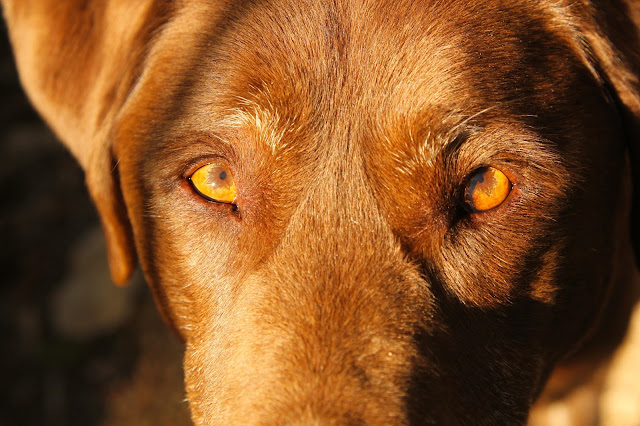 Here's a close-up of one of her unique and glorious eyes. 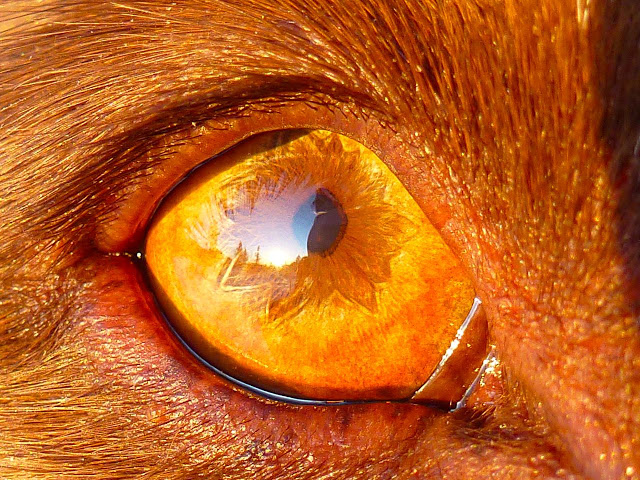 I thought of K's starry eyes as I went through some of my star photos that I hadn't processed yet. This one was from our time in early September high in the San Juan mountains of southwest Colorado. The mountain ranges visible from our campsite are on the horizon. The moon was bright so not many stars were visible. This photo shows their motion around the North Star over 1.5 hours. 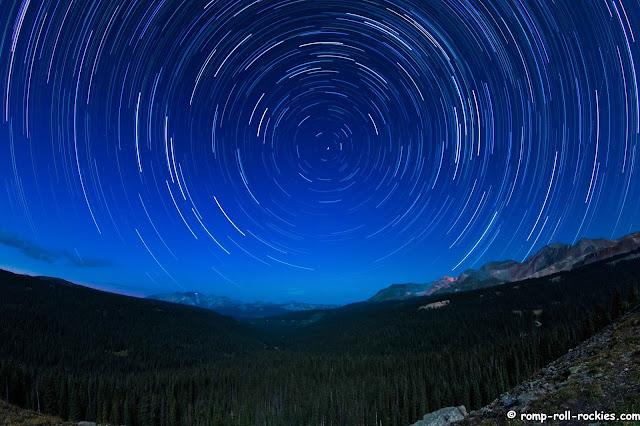 I'm doing the Dogwood weekly photo challenge this year. This week's challenge was "alternating rhythm" which is defined as "alternate patterns of light to bring depth and rhythm to the photograph". I was really stuck about how to meet this challenge while using something natural as my subject. I finally decided that a star trail photo includes an alternating pattern of light.

This one is from K's Rock showing a combination of 120 photos taken over 1 hour and 20 minutes. I took the series when we were in the desert in October. The North Star is in the middle of the circles, just about at the top of K's Rock. The rock was lit by a bright moon that was setting just as I started the series of photos. The rest of the series was taken with no moon so many stars are visible, each tracing its path around the North Star. 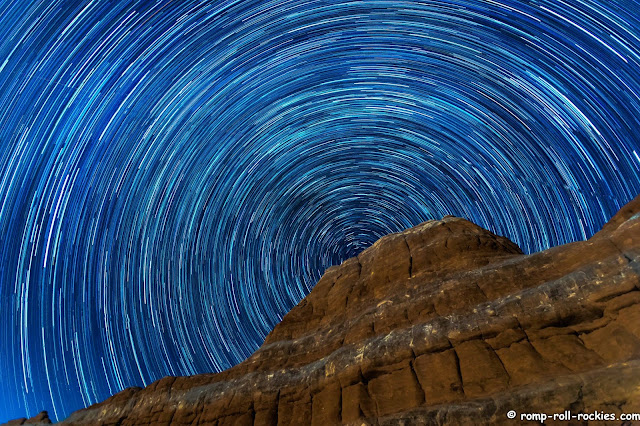 I love that I think of Angel K's eyes when I gaze at the magical stars.
Posted by KB at 4:00 AM