The third week in June saw feverish activity among the bears as mating season reached its peak.

Tiny continued to have his way with the sows. Actually, on the morning of June 15, he seemed very tired. He's been spreading his genes far and wide. He was with a smallish sow who seemed full of energy. As she walked into the forest, Tiny stopped to check a bear marking tree, perhaps still thinking about who his next "date" would be. As I watched him do this with every sow, I kept thinking that that a human female would have whacked him upside the head! 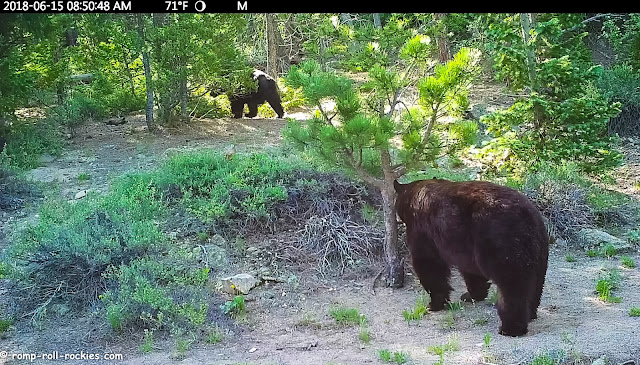 He and this sow disappeared for a 11 hours after my trail cam captured this footage. During that time, they walked a few miles (among other things) before arriving at another trail cam. The sow sniffed the bear marking tree. 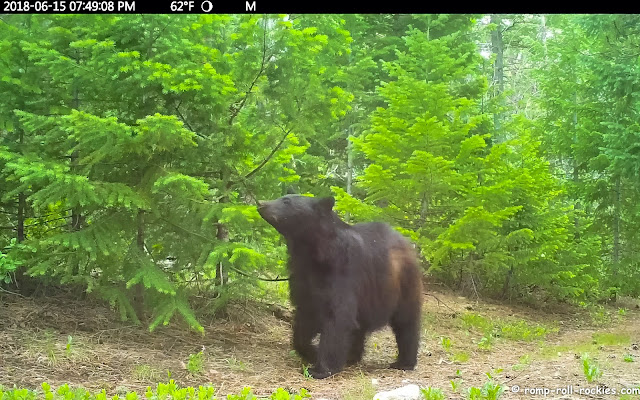 Andy Tiny did a wild marking dance. Perhaps Tiny thought that his time with this sow was coming to an end so he exuberantly marked to attract the next sow. 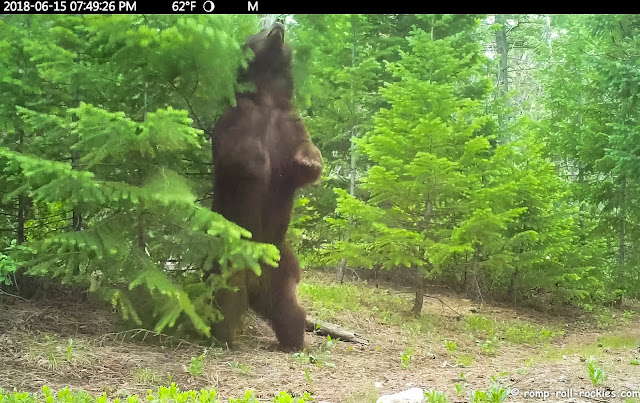 He even pulled down a branch to rub it over his head - a classic Tiny dance move. 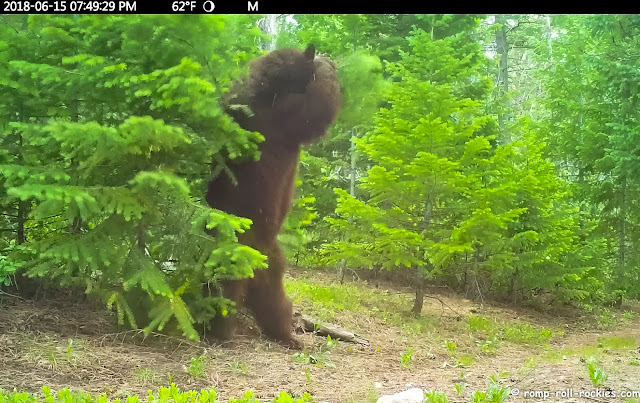 That was the last that I saw of this pair although I did see Tiny walking about on his own later that night and in the subsequent days.

Another pair walked along Black Bear Trail six days later. This is a big male bear but nowhere near as big as Tiny. The pair visited what is normally a water hole where bears love to bathe. Sadly, it is nothing but a pit of cracked dirt now due to our drought. 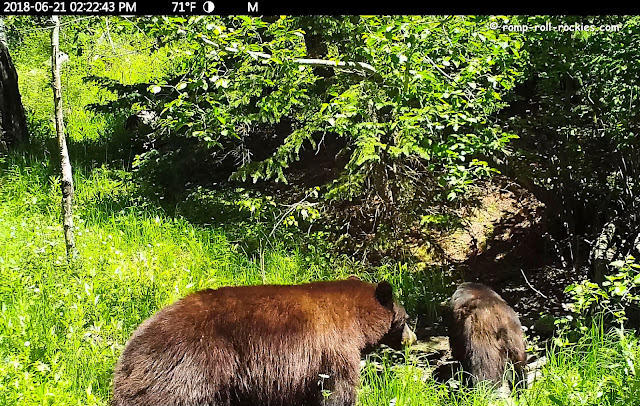 Bears visit this spot regularly, and they mark an aspen tree by the water hole (or mud pit). Here is the male sniffing the tree before marking it. 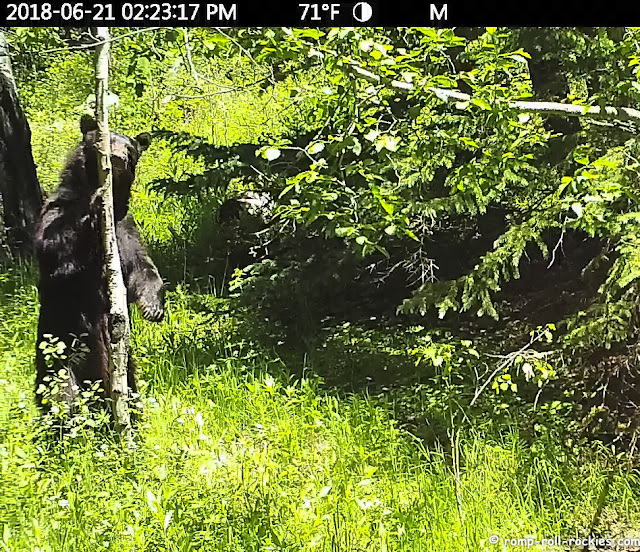 This pair appeared one more time at my favorite bear marking tree - the leaning tree. The sow sniffed it with little enthusiasm. 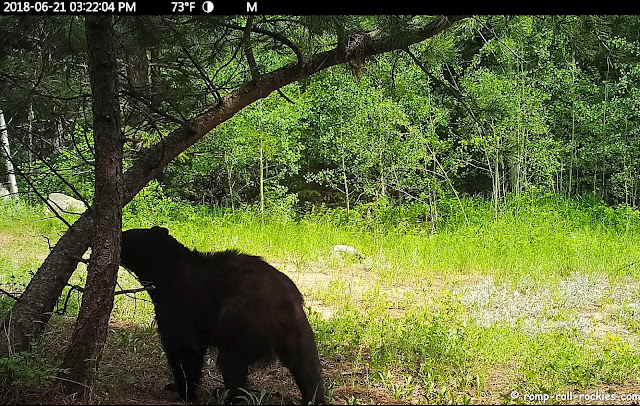 As the male arrived, he repeated grunted and then checked it out with great enthusiasm. You might remember that Tiny had to sit on the ground when sniffing this tree because he's so tall. This male is not as tall... 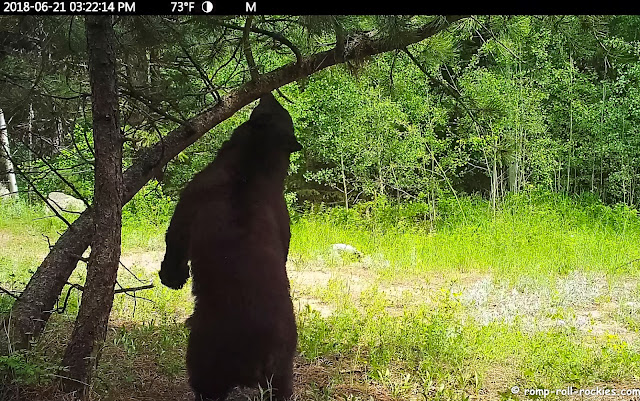 I compiled the travels of these two black bear couples into a short video. I hope that you enjoy it!

Just to pique your interest, my trail cam captured footage of an amorous pair of mountain lions the other day (I cannot believe my streak of good luck with trail cams!)... It will be coming up soon.
Posted by KB at 4:00 AM