Our resident huge male bear, Milton, recently took a long walk westward. I have his favorite route through our neck of the woods nailed - I got lots and lots of photos and videos until he passed out of range of my trail cams. 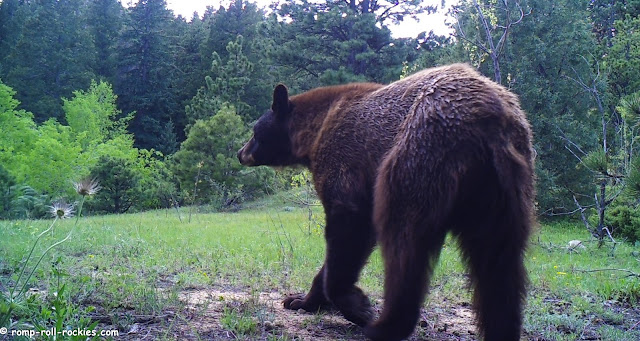 I am including some of the more notable photos of him here, and I have video footage at the end of the post.

One poor pine sapling has been reduced to a trunk and one small branch by Milton's crazy marking of it over the years. Milton marks this tree more than any other bear.

It's not a tall tree and it's invisible behind him in this photo. It's short enough that he often squats down to rub his back on it. 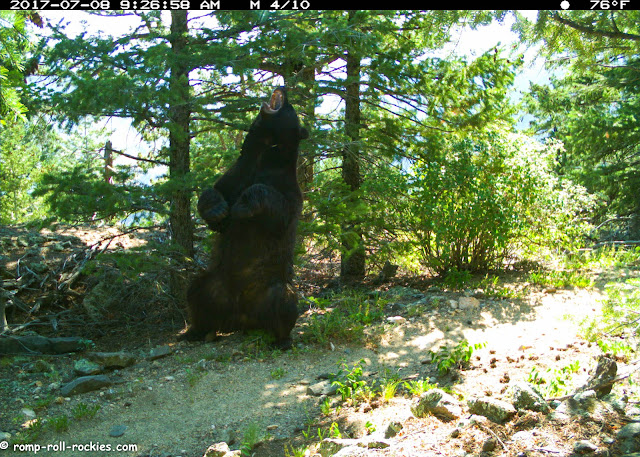 Then, he reaches back to find the top of the trunk. 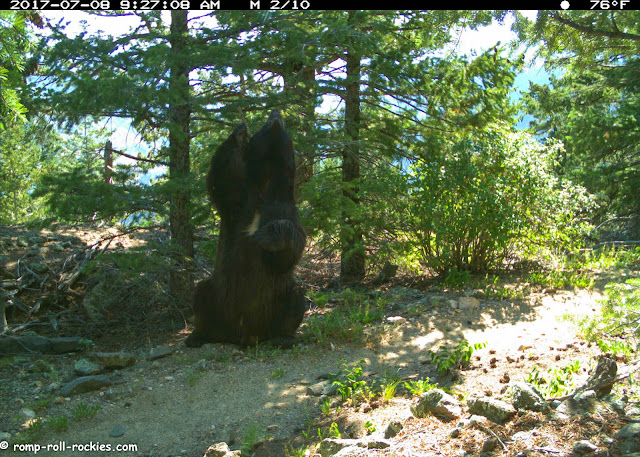 At the very end, I imagined that he let out a celebratory whoop - which is why his mouth is wide open in this photo! 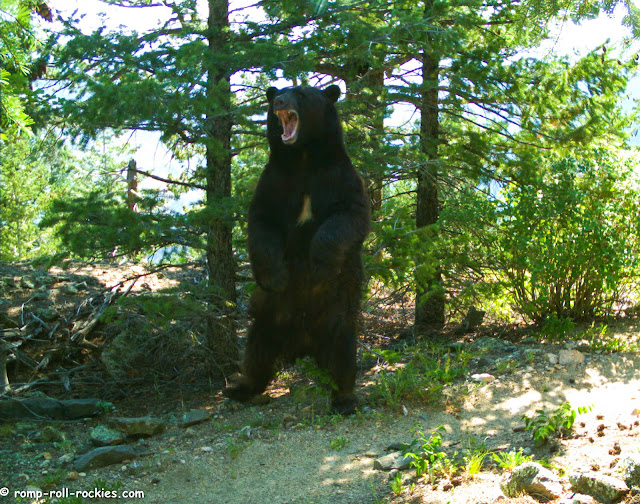 As a side note, I took a wild bear behavior course a few years ago. I spent time very close to wild bears, and none had teeth that looked as healthy as Milton's!

After walking another mile or so, he arrived at another favorite marking tree. This one has flourished despite his vociferous dancing while rubbing his back on it multiple times per summer. 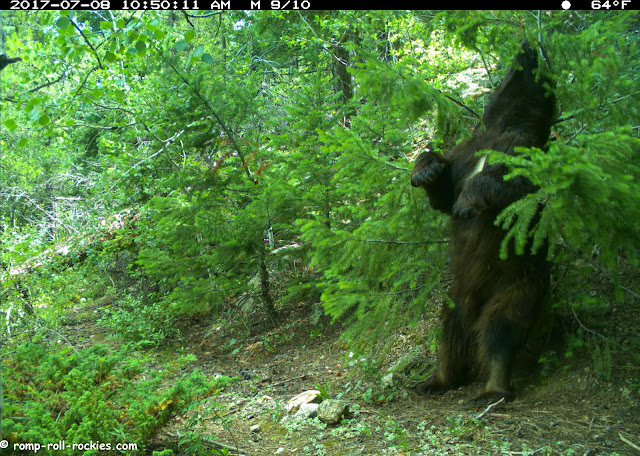 During this journey, he was heading generally in the direction where a large male bear was killed the next day. I hope that Milton is okay -- and that he will be back again this autumn like usual. Every summer, our resident male bears disappear at this time of year as they travel far and wide to find food. Thus, I am trying not to worry about Milton. We probably won't see him again for a while even if he is fine.

I'm sending good luck to Milton in his search for food. Most of our early bear foods failed due to crazy weather. However, some berries and many ant colonies are flourishing now so I hope that he can find all the calories that he needs!
Posted by KB at 4:00 AM