A couple of days ago, I had the very strong feeling that a mountain lion had come through our neck of the woods. I hadn't yet seen a clear-cut sign that I consciously noted... but I must have noticed signs subconsciously.

Then, I started paying close attention to the places where I know that mountain lions mark. Sure enough, big "scrapes" had been left under Ponderosa Pine trees where a male mountain lion had kicked backward with his hind paws and then urinated in the scrape. Males do this very frequently while females rarely do it.

Later, after I'd left Shyla at home, I checked my trail cams on the route where I thought that the lion had traveled. Bingo, I'd hit the jackpot. This was where my cams captured the first video footage. I bet that this site is starting to look familiar to regular readers! 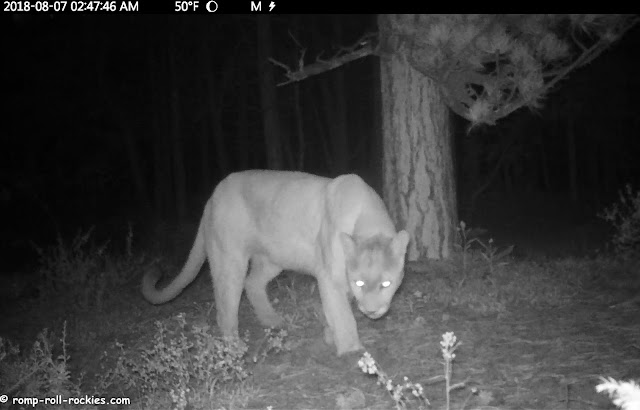 The lion made a circuitous route to his favorite drinking spot where I've shown you mountain lions drinking a number of times. 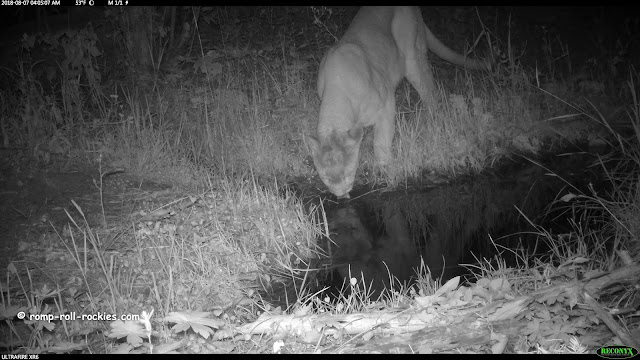 And, to my surprise, he was still active in the middle of the day. He must have been hungry. And, I was not too far behind him - I really didn't expect that he was still awake close to noon! 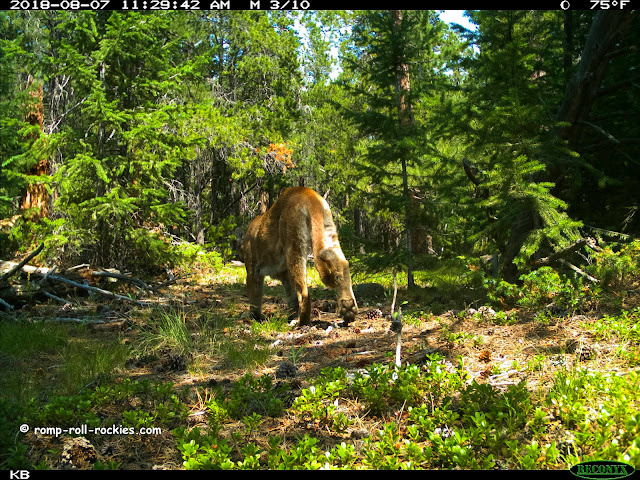 The photo above caught my attention because you can see the paw pads on the hind right paw. As someone who loves to track, it was cool to see the paw as a lion walked!

Then, he was still in the nearby area after sunset that night - again taking a long thirsty drink of water. 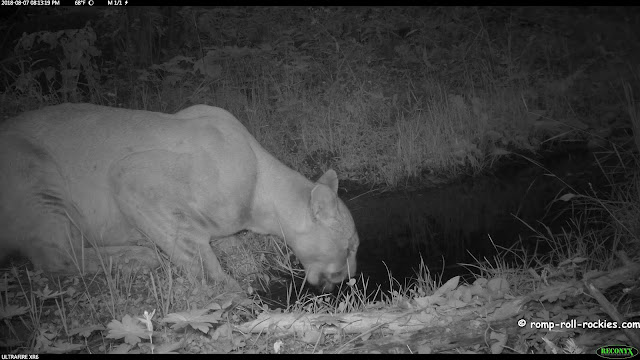 He looked in that direction, and then he departed. I hope that he found something to eat that night. 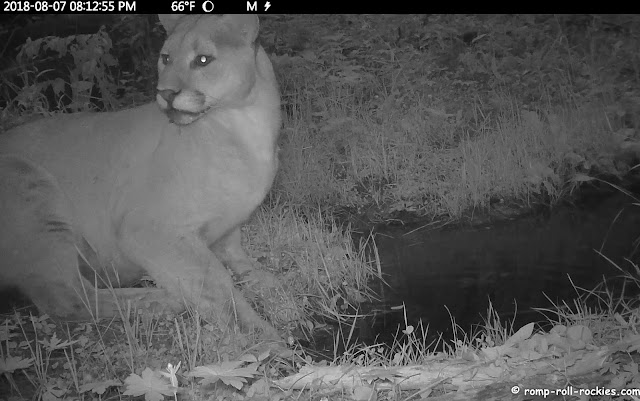 Most of this was from video cams. You can watch the videos either here or at Youtube. Enjoy!