This photo told me that the next batch of trail cam photos would be fascinating. I knew that it was a mountain lion and a kitten! I based the "kitten" assessment on the bars inside the kitten's front leg. 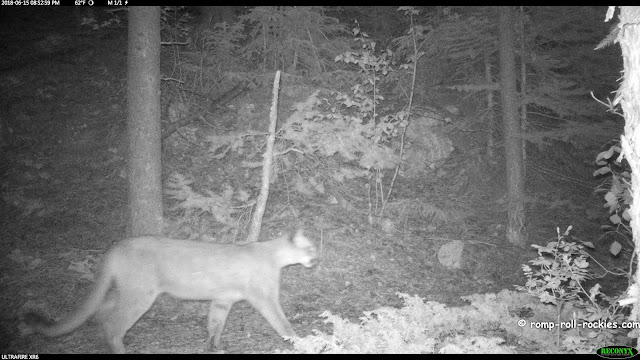 In contrast, this was mom - note the lack of bars inside the front leg. 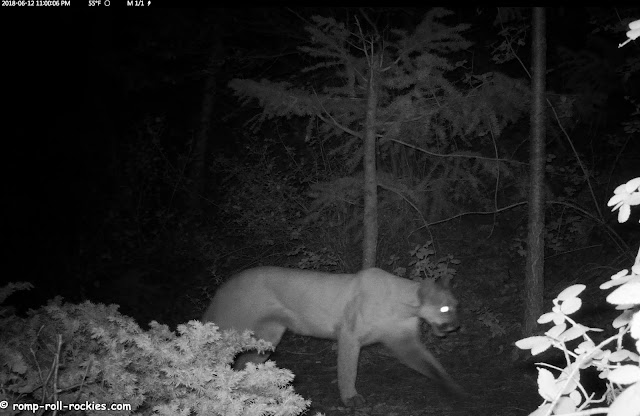 It turned out that it was a mother mountain lion and two kittens. For the first days, they hung out at the extreme end of my trail camera network. They went back and forth both at night and early in the morning. Usually, that pattern means that they are feeding on a carcass for most of the night and then walking to a "day bed" for snoozing the day away. 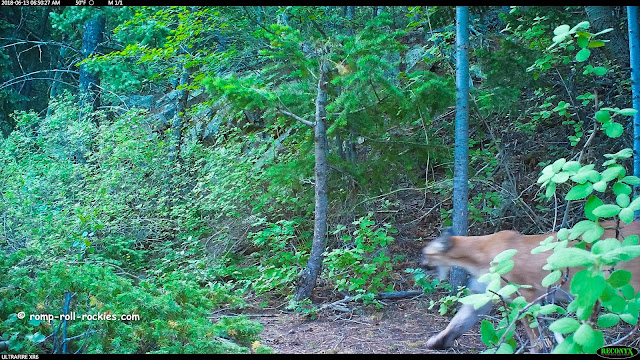 After the first couple of days, they took a long walk, probably looking for more prey. The kittens are big enough to wander on their own. Thus, the kittens would sometimes lag mom by 3 minutes or so!

And then, as they tried to catch up with mom, they'd CHIRP to communicate with her. If there hadn't been a mountain lion very nearby, I would've thought that the sound was a bird!

At one point, mom paused to let the kittens catch up. As she stood still, I was struck by how thin she is. It must be extremely hard to hunt for yourself and TWO very big kittens. I suspect that the kittens are within a few months of when they'll go off on their own. However, they are still probably not good hunters and rely on mom to kill prey to feed them. It's a huge job for a mother mountain lion. 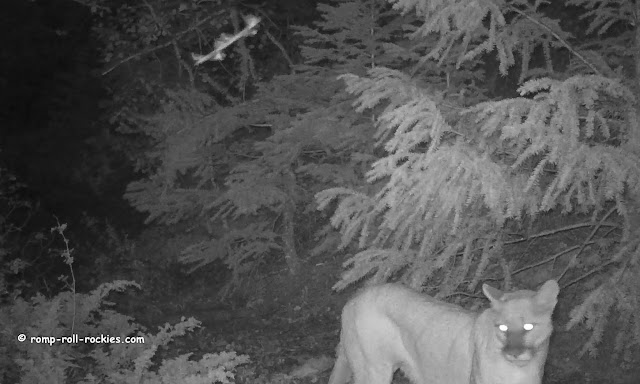 Enjoy the video, including the audio CHIRPS, either here or at Youtube.