When I wrote about the glorious orange meadow flowers that were finally blooming a few days ago, I was worried that our drought would make their bloom short. I'm sad to say that I was right.

I took this photo yesterday... but, by today, most of the orange flowers were withering. I was grateful that they'd bloomed at all in these harsh conditions. 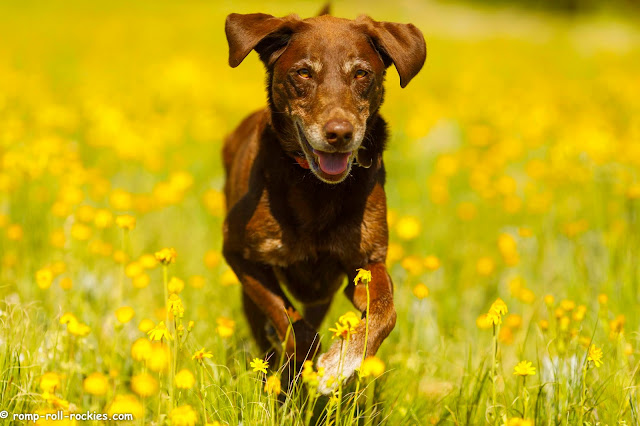 We still have had almost no rain, and a haze of smoke is hanging over our forest. The smoke is from fires in other parts of Colorado. So far, we've had only small fires nearby. Our firefighters have responded so quickly and skillfully that they've controlled every fire started by the idiot campers.

I'm sorry to be so harsh but many of the nearby campers just do NOT care about whether they destroy our home. Our county and National Forest have a fire and shooting ban in place - yet people are breaking it every single day. We locals have organized patrols of camping areas, and it's been worthwhile given how many unattended fires and crazies shooting rifles we find.

Back to happy things... As our orange flowers are fading, the blues are coming on. Unbelievably, we've had a banner year for Blue Flag Irises. Entire meadows have a bluish shimmer from the bloom of irises. 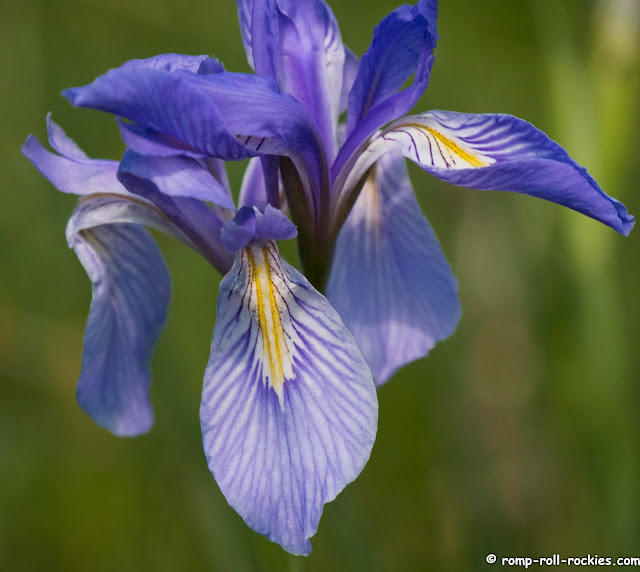 Shyla loves playing in them, mostly because they bloom in wet places where she can cool off. Do you see that muddy paw? 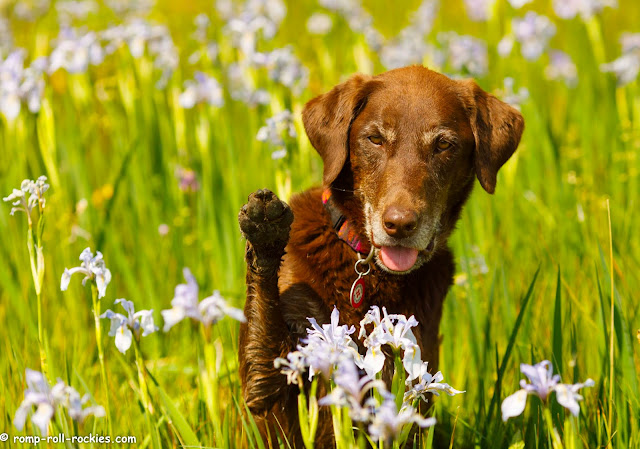 It is a rare year when both irises and my beloved Columbines are blooming at the same time but it's happened this year! I don't let Shyla go near the Columbines because they are too fragile. Here's one of the gems that has just opened in the past week. 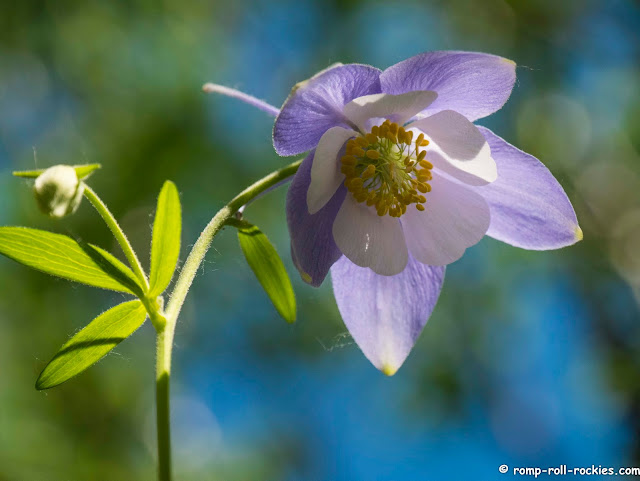 For years, I've been working on my very own Columbine garden, and it's going crazy this year. Every time I step out of our house, I smile when I see all those beautiful Columbines with their petals wide open!

Please keep "no fires" thoughts going for us. It makes my heart break to see the fiery destruction out near Durango. I want to keep enjoying the exquisite beauty of our local forests, meadows, and mountains for a long time!
Posted by KB at 4:00 AM