We recently did some camping in New Mexico in a huge meadow with soft grass perfect for a dog to sprint. R had a blast because he adores running. 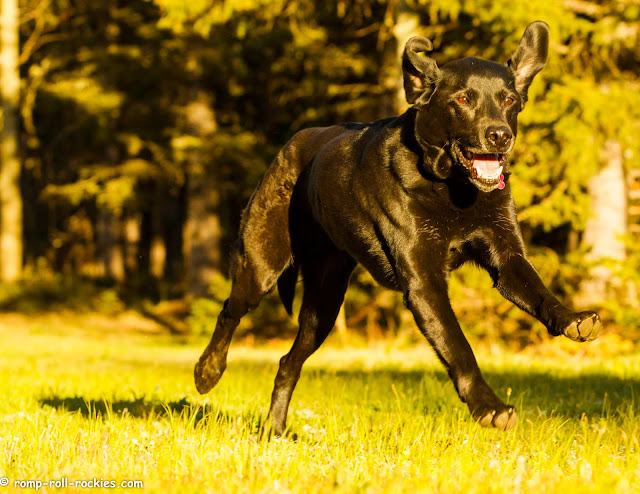 I had fun near sunset having the Labraduo do recalls. Often, they'd start lying down. R appeared to be almost sleeping until I called! 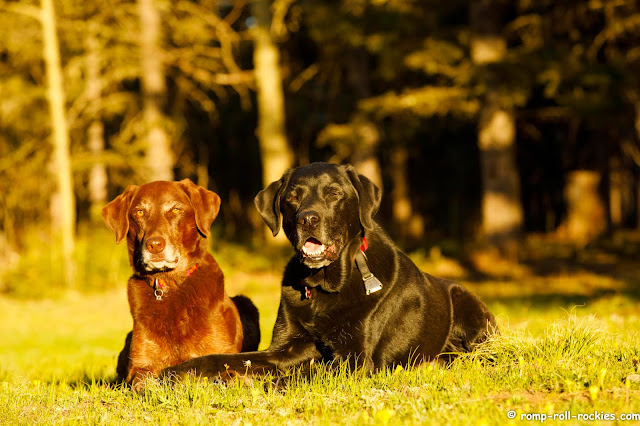 Then, they drove toward me with a scary intensity. 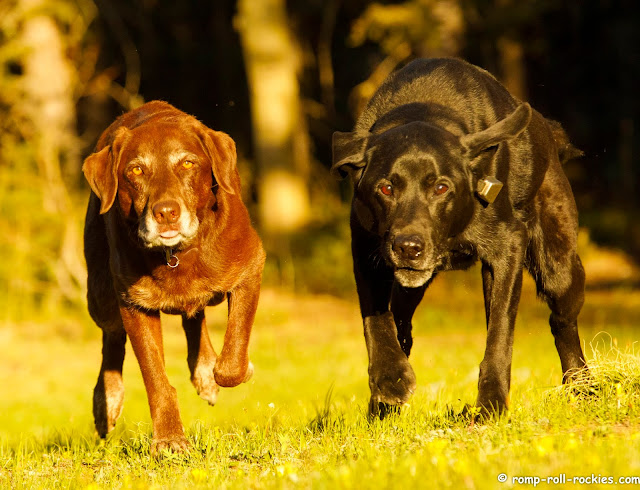 The expressions on their faces were priceless. 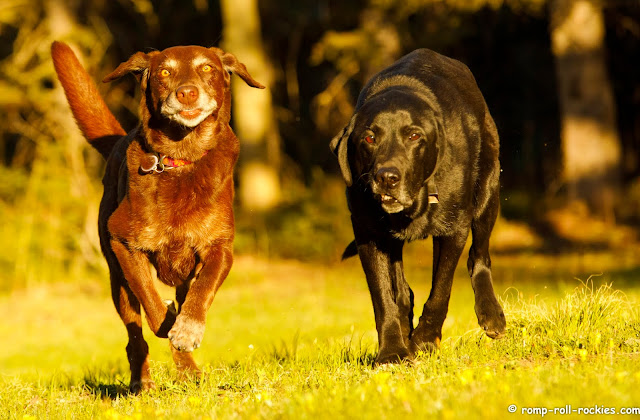 Shyla didn't give up very often and often beat R to me. 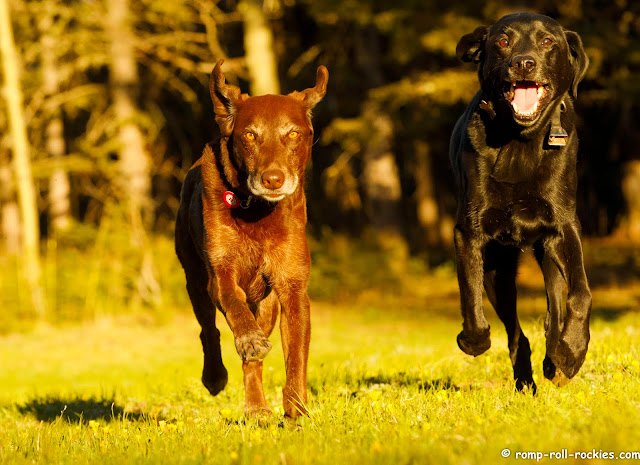 But, on occasion, R would somehow intimidate her (it doesn't take much) and win in a runaway. 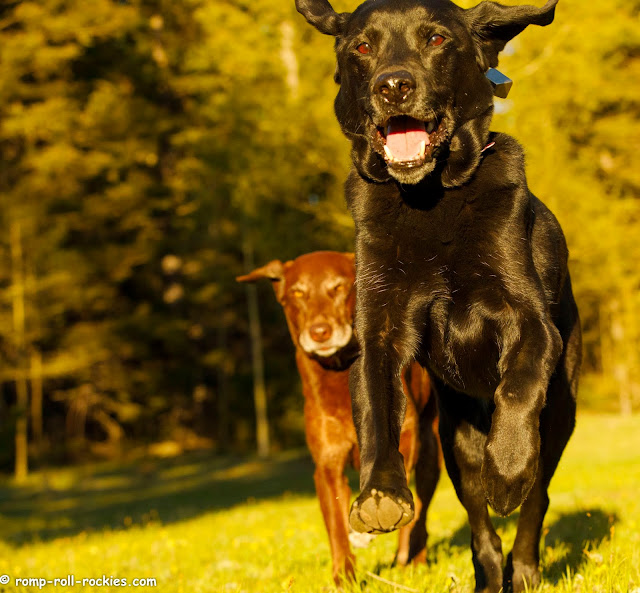 We had a truly fabulous time, all except for one thing.

On the last day, R had some periods of extremely pronounced limping on his "bad" elbow. (For new readers, he has elbow dysplasia and has had many surgeries on that elbow.). When he tried to walk on that last day, he'd stop weighting it for a minute or so, and then he'd spontaneously go back to his normal gait. Given the sudden onset and disappearance of limping, we thought that he had a bone chip floating in his elbow that occasionally moved to a excruciating location. That guess was based on having seen this limping pattern in the past.

We also know that the only way to "cure" the pain of a bone chip getting into the wrong spot is to do surgery - arthroscopic surgery to remove the bone chip. There's no other treatment so we didn't rush to a vet.

So, we rested him, hoping that he'd improve on his own. Indeed, he did. He's just getting back to normal now. Our fingers are crossed that he stays that way. In case the limp returns, he has a vet appointment fairly soon.

Both of us humans reacted the same way - "No surgery during summer!!!". Summer is the highlight of living in the mountains, especially for a dog. At R's 10.5 years old, each summer is precious. So, we'll do our best to keep him healthy to enjoy this whole summer!
Posted by KB at 4:00 AM