The Big Male Bears of Autumn in Action

Bear activity is waning fast in our neck of the woods. A few big male bears still wander the trails. They are no longer consistently marking trees. This guy is very close to one on his left side in this photo - it's the spindly one that appears to be rising out of his left hip. He didn't even turn his head. 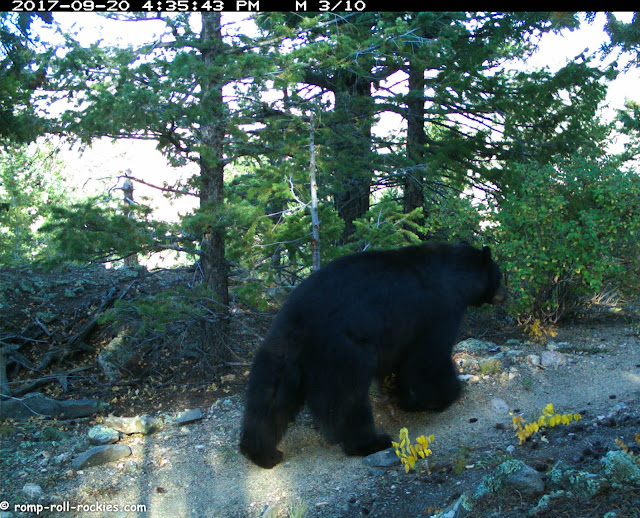 Based on the bears' girths, I can tell that they've had a good eating year! Again, this guy is passing a marking tree on his left hip. This guy looked magnificent as he passed a marking tree with nary a glance toward it. 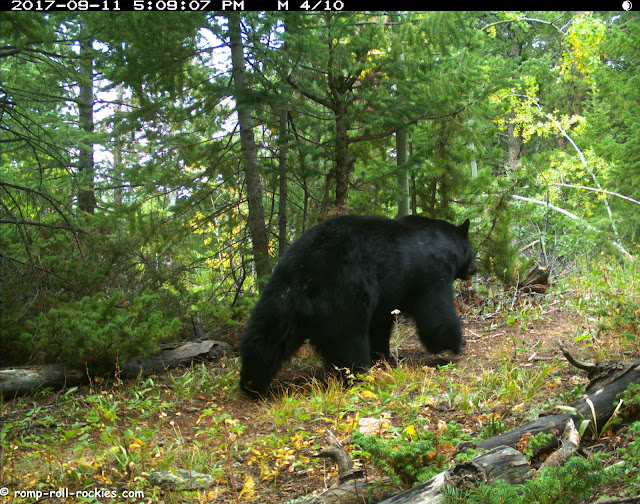 Interestingly, two bears in a row did take an interest in that marking tree. On the evening of 9/19... 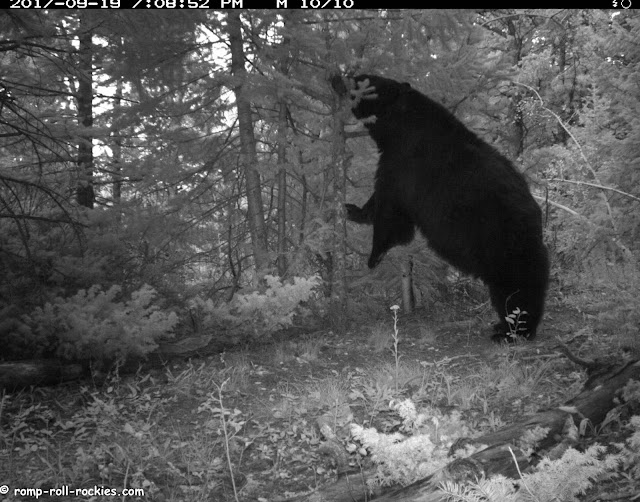 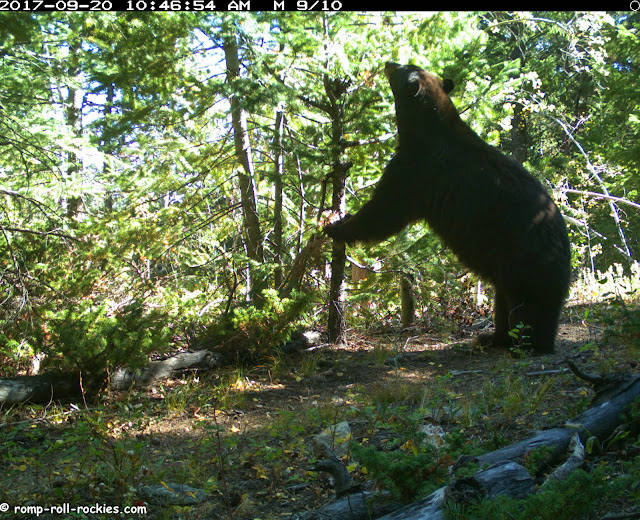 Neither marked it. They just sniffed.

In fact, the last time that tree was marked was on 8/4/17. It was marked only once this season although most bears who passed it did sniff it. 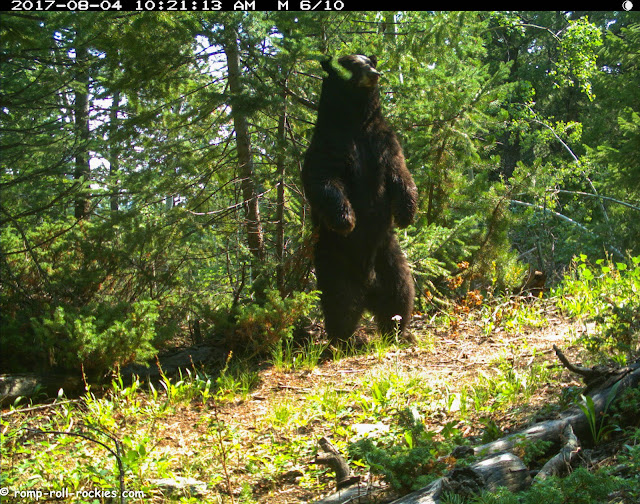 As you can see, the one bear who marked it was very emphatic! 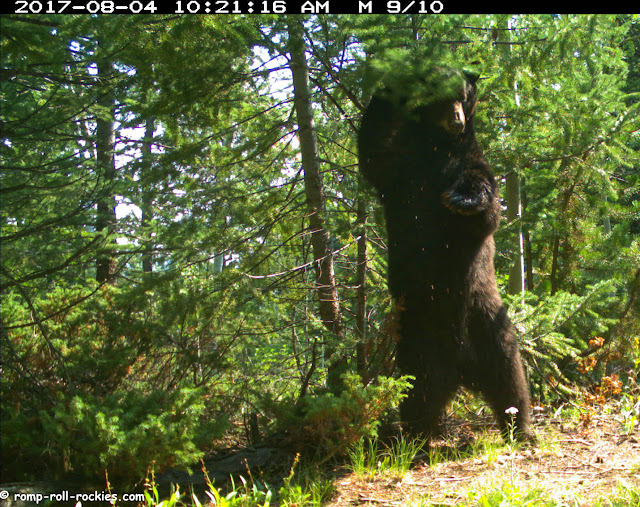 By September, bears seem like they don't have the energy for marking trees willy nilly. However, a couple of bears did, including this one. I believe that this bear is Tiny, who has grown his winter coat and is no longer limping at all. He looks to me as if he'll be back next mating season, assuming that he doesn't get in trouble with humans this fall. 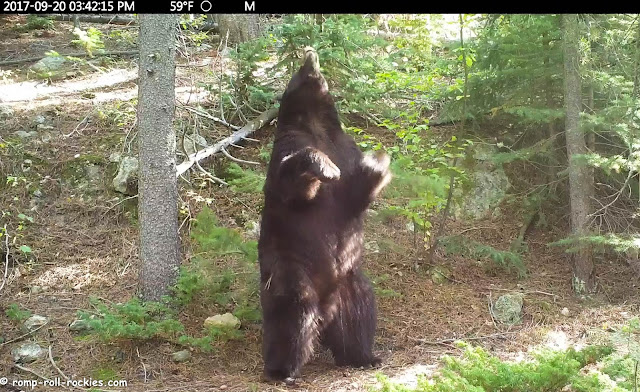 In the past, Tiny has still been out and walking around in early December. He goes to his den late, which means that he will be continuing to try to find food even when most natural foods are finished.

I have a video from trail cameras that are pointed at bear marking trees so that you can see the activity that we've had in December. It ranges from Tiny doing emphatic marking dances to a bear who couldn't be bothered to stand up while he sniffed a tree. That sleepy bear was probably heading toward a den.