'Tis the season when bears love to take baths. They are so cute and hilarious as they scrub and soak their bodies.

A sow, perhaps "Mohawk", arrived at a small water hole and headed straight into the water. 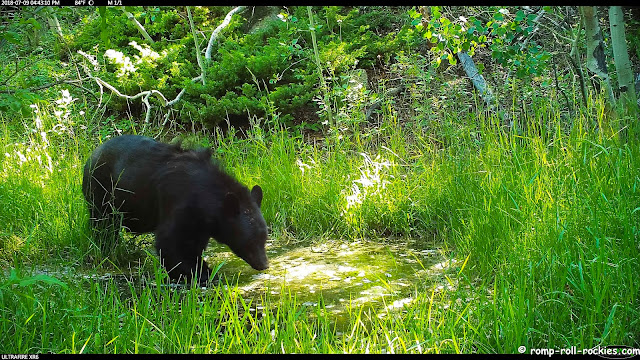 Mohawk is a youngster, probably about three years old, who is rapidly becoming a favorite of mine. She dove right in and took a thorough bath. 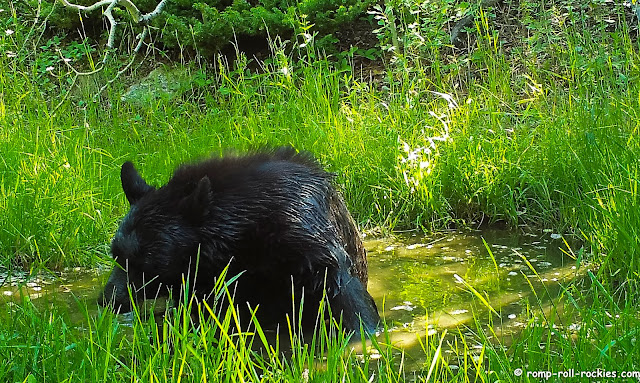 Her mother taught her well. She scrubs her face magnificently. She used her paws to rub her face repeatedly during this bath. 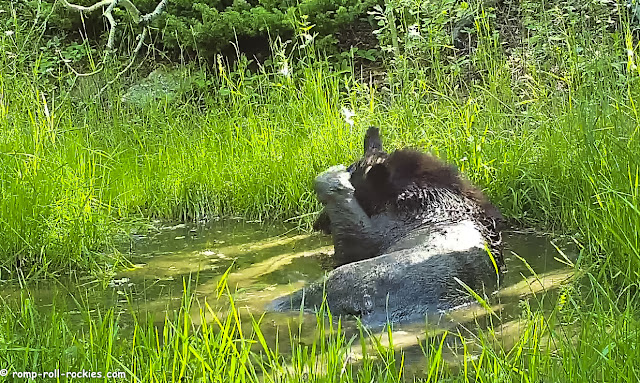 She scratched her chin with her hind paw. 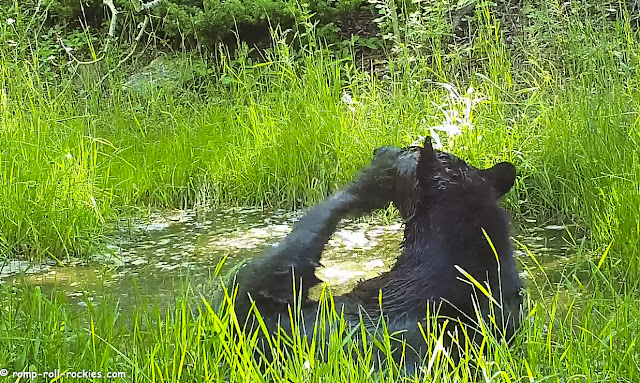 She took breaks to shake off the mud. She shook so fast that her body was a blur! 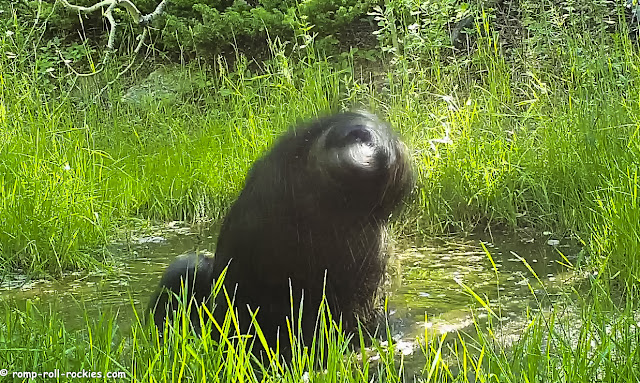 Mohawk's bathing behavior reminds me of a bear who I named "Dot" a few years ago. Her name was for a white dot on her chest. Sadly, Dot was killed by a car nearby as she traveled from one feeding area to another. I never wrote about it because I was too sad about losing her.

I truly hope that Mohawk stays away from people and roads. She consorted with Tiny and with other male bears during the recent mating season. If she comes out of this summer fat and healthy, she'll have cubs in her den this winter. I want to see Mohawk with her own little ones next summer!

I picked the best parts of Mohawk's 4 minute bath for a video. Enjoy the antics of this amazing bear!