Bears Swim, Eat Ants, and Mark Trees at this time of year

The bears endlessly fascinate me throughout the summer (and during the occasional winter when I find an occupied den). Every year in June, they swarm to certain routes lined with bear marking trees for mating season. Then, mating season ends in early July, and they head toward the hyperphagia (eating) phase of the summer when they eat tens of thousands of Calories per day to prepare for entering the den in autumn.

We are now in hyperphagia phase. I've never completely figured out where the bears spent their time in this phase. This year, I have trail cameras in new places where I've seen bear sign to see if I can catch a glimpse of them.

So far, it's been a success. I've learned that they love to swim and bathe at this time of year, one of the hottest times of year. This bear was about to slide into the pond for a swim. 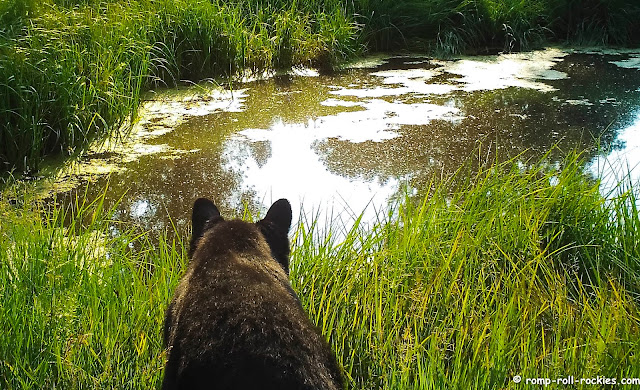 They like to dig for ants at this time of year. 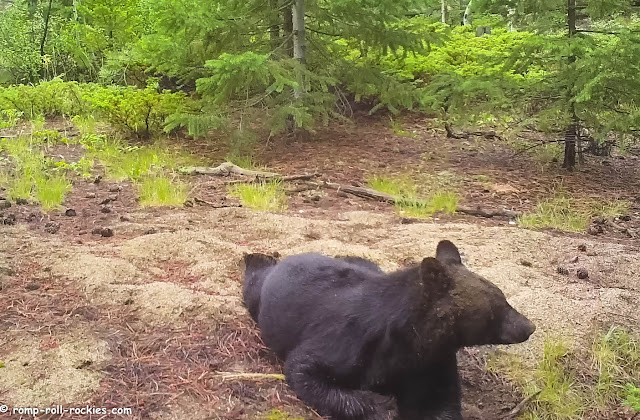 And they even mark trees at this time of year. 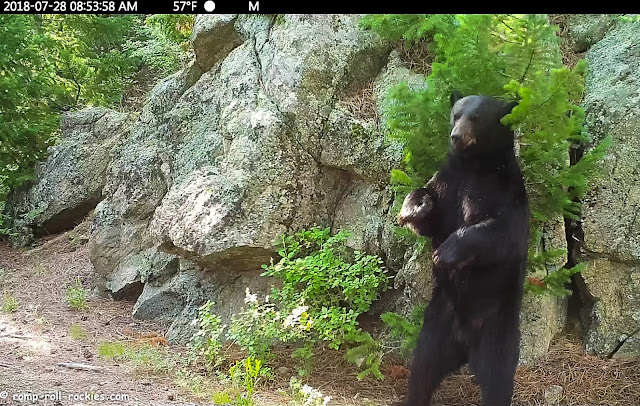 I'm guessing that this guy is wandering outside his normal haunts because I don't recognize him. He's a classically handsome black bear, with a brown snout and dark fur.

I made a short video including the footage of them swimming, checking out an anthill, and tree marking.