The black bear sows and their cubs have stayed close to our area this late summer and fall. The mothers are marking trees a lot, and that lets us see that they are still lactating. That's part of why their cubs are so big!

This is our sow who has a single cub. We've followed this pair all spring and summer. 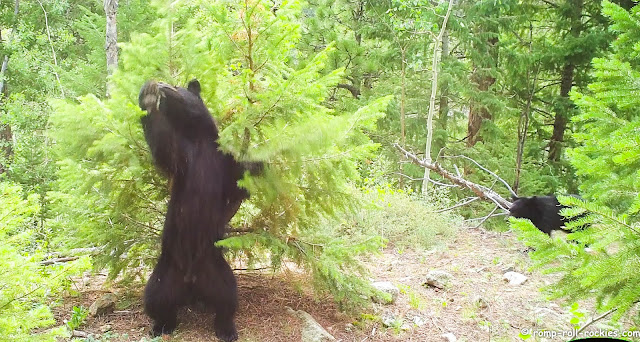 Then, as they moved on from that dancing tree, they found another one that had been marked. Mom checked it out. 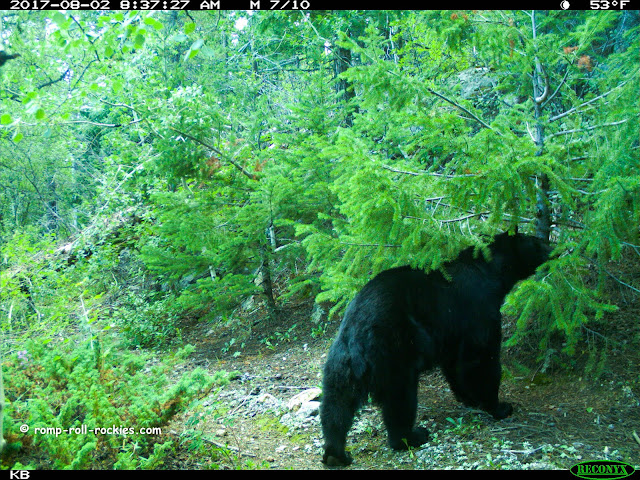 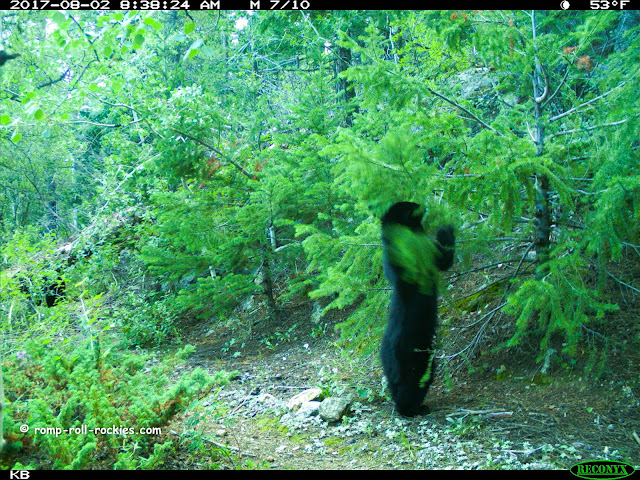 And then she climbed it to smell the bears who had marked the top! 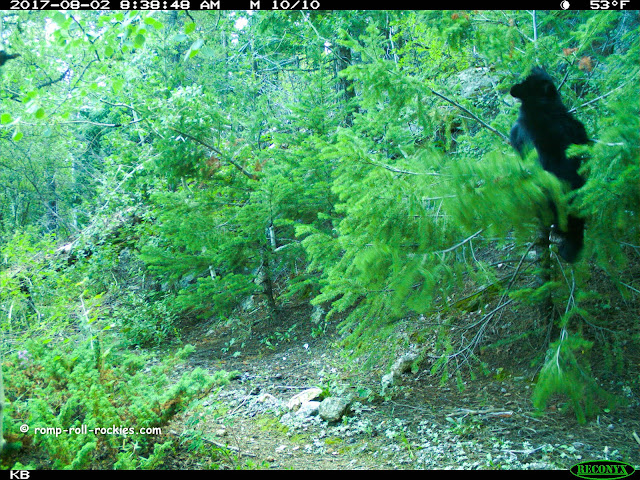 The big surprise came in late August. A brown mother bear arrived at a marking tree. You can't see it in the still photos (it's in the video) - but she had TWO cubs! It was her first appearance this year. Again, you can see that she was still lactating. (that counters the argument that it's fine to hunt bears at this time of year because the cubs don't need them anymore). 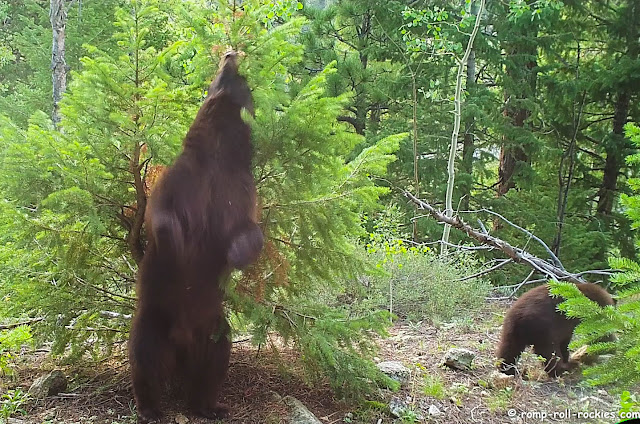 Then one of her cubs imitated her! It made me laugh. 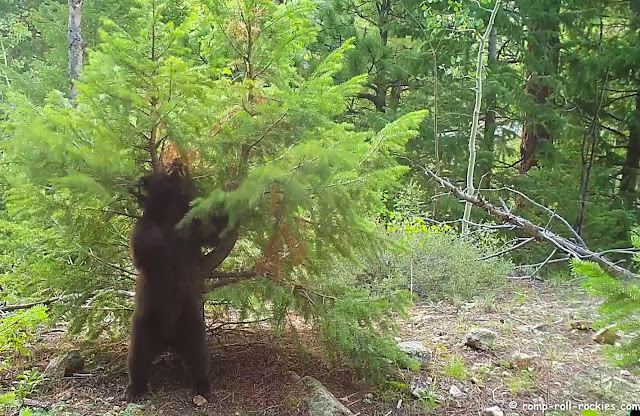 The same sow visited the same tree within the past week, and she roughhoused with her cub! 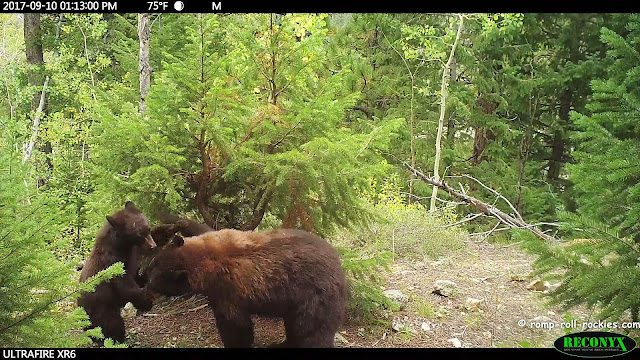 Most of these photos are frames from the video that I am sharing below. I hope that you enjoy it as much as I did! It's also on Youtube.


As you know, I love observing bears. I'm overjoyed that two sows have managed to bring their cubs this far. It isn't too long until they den for the winter.
Posted by KB at 4:00 AM