Mountain Lions on the Prowl this Autumn

Back in the "bad old days", a decade-long study of mountain lions in our area meant that almost every lion who passed my trail cameras wore a bulky GPS collar and green tags in both ears. 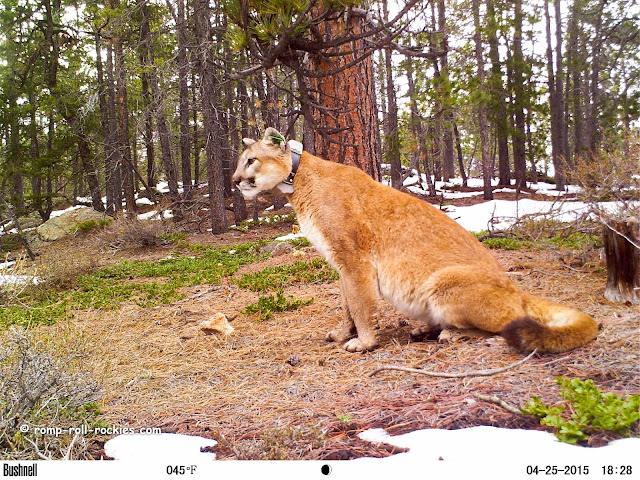 To me, it seemed like the study would never end... but it did in 2015. The vast majority of lions who pass my trail cameras are now naked - no collars or ear tags! What a wonderful sight. 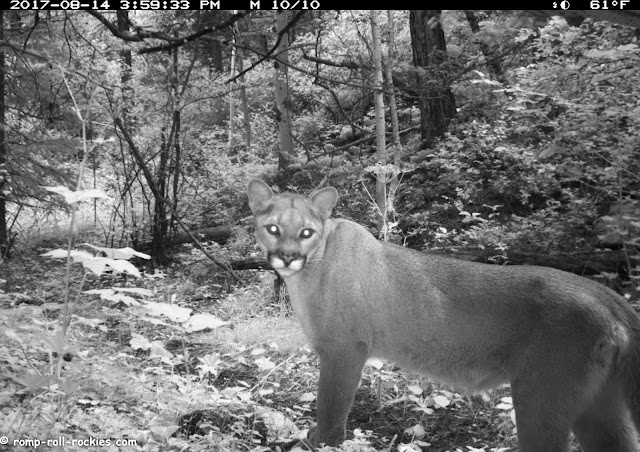 The problem is that a few of the collars stopped working before they were removed. That meant that the researchers couldn't track down the lions to take off their hardware. Last winter, my cams spotted a couple of lions still wearing collars. I called the researchers (from the Colorado Division of Wildlife) to alert them but they weren't able to find those lions.

While we were in the desert, another lion appeared STILL wearing a collar and ear tags. I cannot believe that the researchers didn't use the latest technology which always has a means for the collar to eventually fall off. I fear that this lion will be wearing his collar and ear tags for the rest of his life. 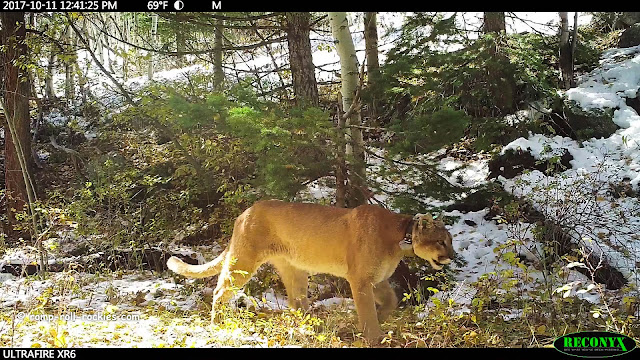 In addition to that collared lion, we've had a lot of lion activity recently. The lions rarely spend much time in front of any one trail camera. However, a couple of stories emerged.

First, a mother-kitten pair spent some time in the area, and they appeared to have a den down the slope below one of my cams. Here's the kitten getting ready to head down there. He did this on more than one occasion. 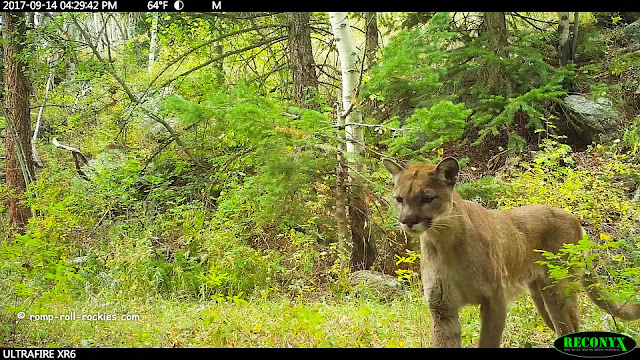 His mom would always be photographed by nearby trail cameras when this guy had just headed down to the den. I suspect that he waited in the den while she hunted.

Another story was watching the behavior of a lion crossing a small water hole. He tip-toed and then leaped high over the water. I'm uncertain about whether he was afraid to get wet or whether he was stalking, trying to keep his paws from making noise. Here's a photo of him preparing to leap the water. 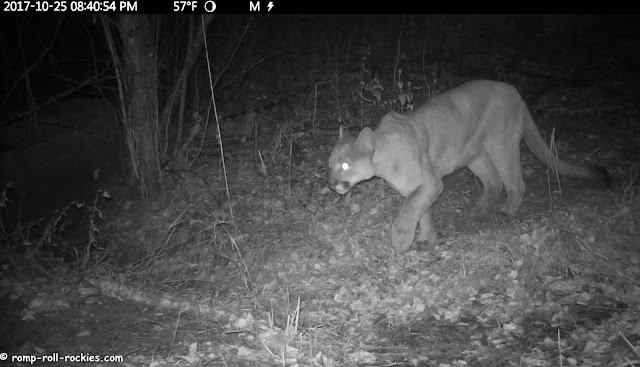 I put together a short video of these sightings, including the leap by the lion shown above. You can watch it here or at Youtube.

Thanks for visiting and Happy Halloween!
Posted by KB at 4:00 AM