Wildlife Monday - A Mama Moose and her Playful New Calf

This is the first spring that I have had a trail camera on a pond. I wasn't exactly sure what to expect, and the first photo that I looked at on the cam was this. 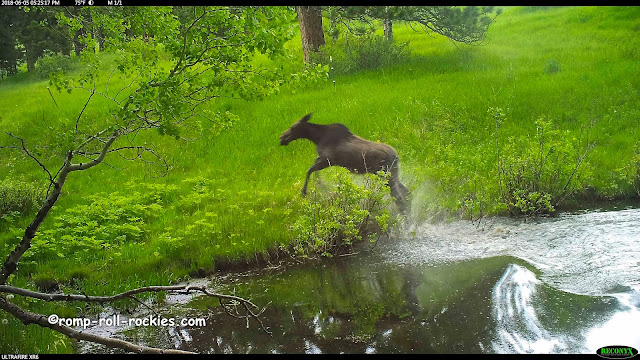 Intriguing! A cow moose sprinting out of the water so fast that she made a big wave. I immediately wondered what could possibly make a moose run so fast!

The video that followed showed her running around maniacally - and even adding a backward kick to her running at one point. I've seen a moose run so fast under only one circumstance - when a mama moose was trying to warn me to stay away from her and her calf. I wondered if there might be an invisible calf nearby.

Footage from the next day showed that this cow moose did indeed have a very young calf with her. 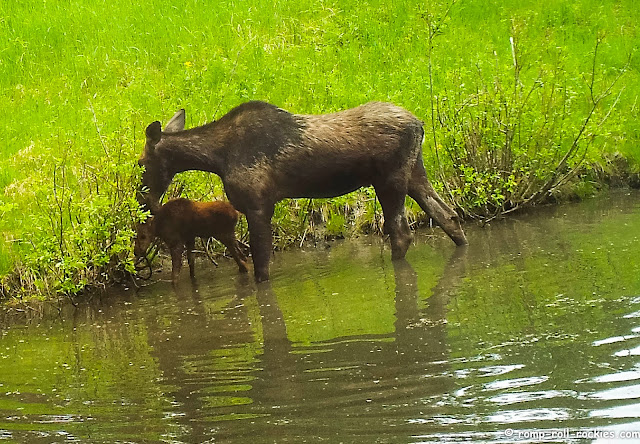 Over the course of two days, the footage showed me that this calf was incredibly energetic. 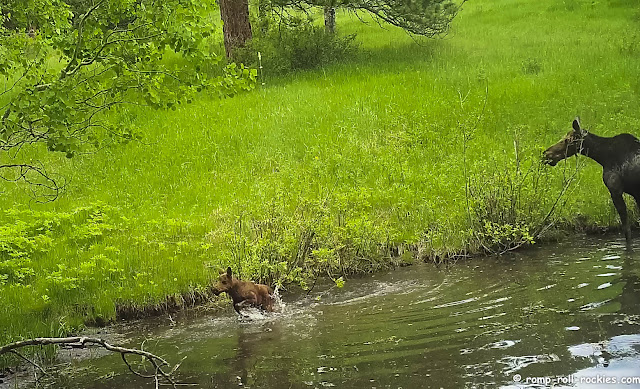 The Mama Moose tried to keep up with the calf... but to no avail. 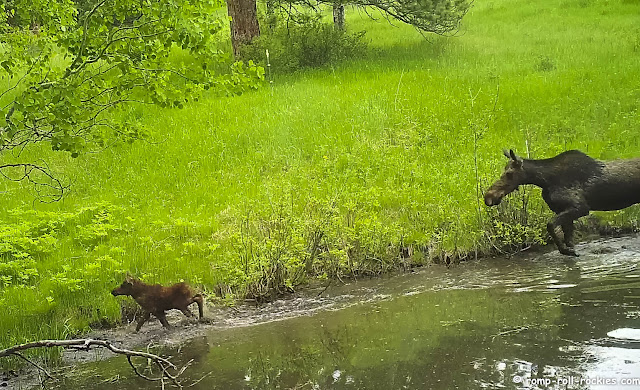 At one point, the Mama Moose finally corralled her calf, after the calf had sprinted around and in the ponds seemingly endlessly. You can see how riled up the calf was based on the body language and open mouth! 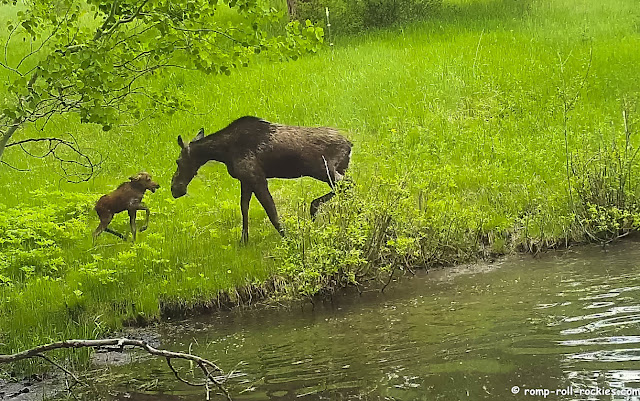 I have a fun short video for you of this pair as the calf sprinted like a gazelle and then even tried to nurse (which provoked heart-rending moans from Mama Moose). The video ended when the pair moved on to someplace else but I really hope that they come back!