Today, I'd like to share some footage of a bobcat. My trail cams record bobcats almost daily. They simply march past the cams without pausing or doing anything extraordinary. For a few years in a row, we had bobcat kittens in the area, and they were FUN to watch. However, I haven't seen signs of kittens recently.

In fact, this is one of the more interesting series of photos of a bobcat that I captured this year because he stopped to mark the area in front of the camera before departing. 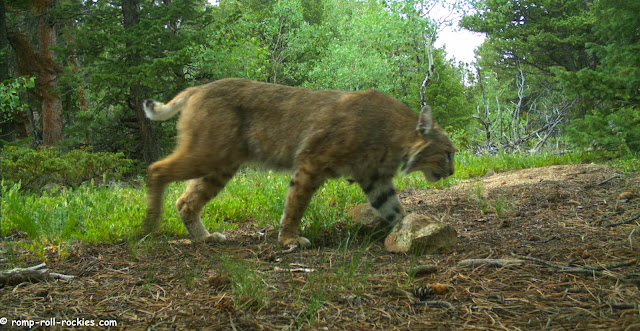 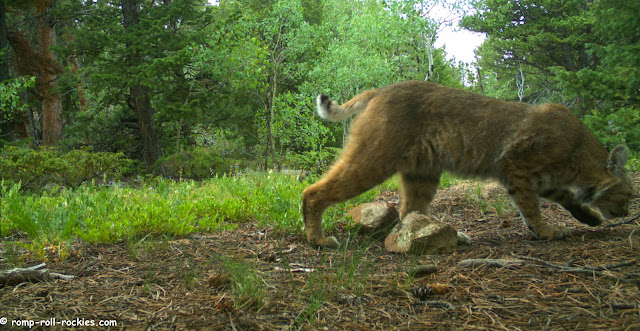 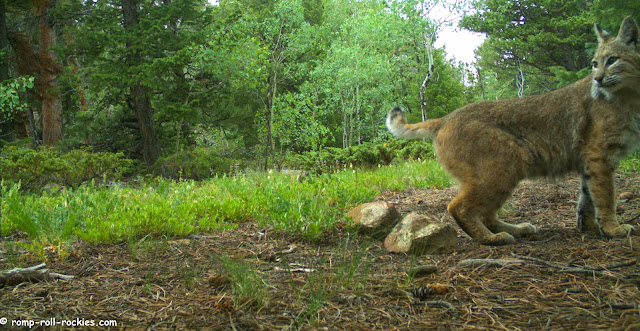 Thus, you might guess how surprised I was to find fairly long footage of a bobcat on a faraway trail cam that I hadn't checked in a while.

At first, I was a bit horrified by the footage. It showed a bobcat with an apparently dead chipmunk in its jaws. Then, the bobcat put the chipmunk on the ground, and the chipmunk ran away, causing the bobcat to leap to catch him. This was repeated a number of times, perhaps somewhat like a domestic cat playing with its prey. Each time the bobcat re-captured the chipmunk, it played dead again.

I was a bit upset by the footage because it seemed like the bobcat was prolonging the terror of the chipmunk.

But wait! In the end, the bobcat's behavior let the chipmunk escape!

So the chipmunk won this round, surviving to live another day.