The battle of the elk rut - including the sounds!

As I mentioned last week, we love watching the elk rut. The drama of watching the bulls fight for their harems of cow elk is incredible.

The majority of the time, the bull elk don't actually have to fight. They bugle to tell all the other bulls to stay away. 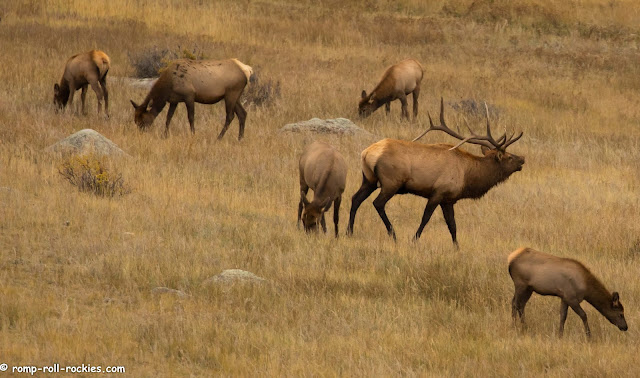 Here's a male in mid bugle. 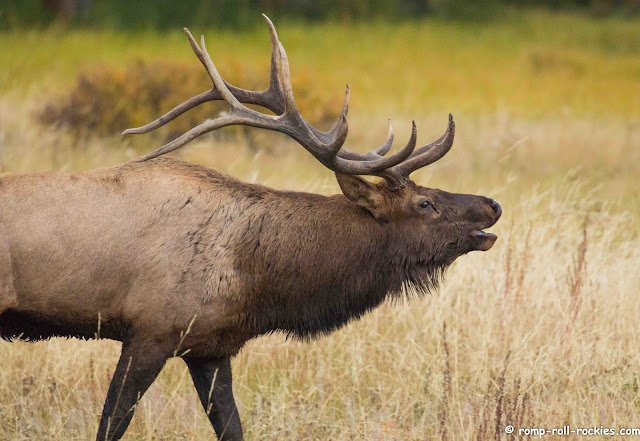 However, occasionally, a big bull comes too close, and things get serious. This dominant bull was starting the charge toward an interloper. 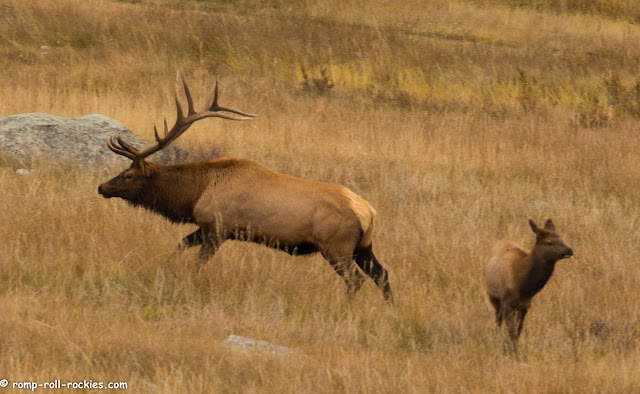 He ran about 50 yards at full speed and met his nemesis with antlers clacking. 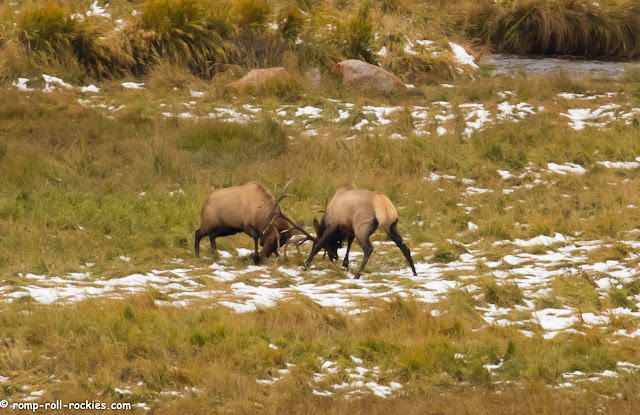 It did not take long for him to win the battle, and the other bull to start to flee. 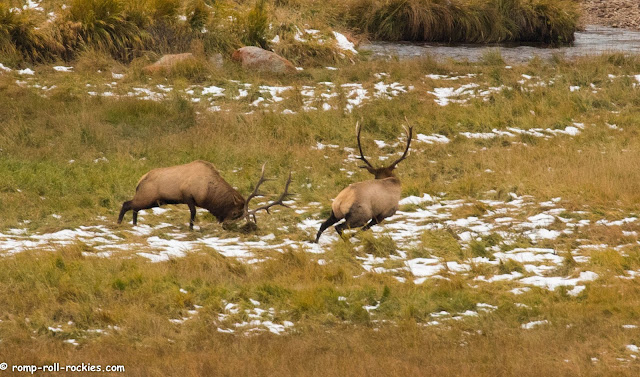 The dominant bull gave chase, as if to add an exclamation point to his victory. 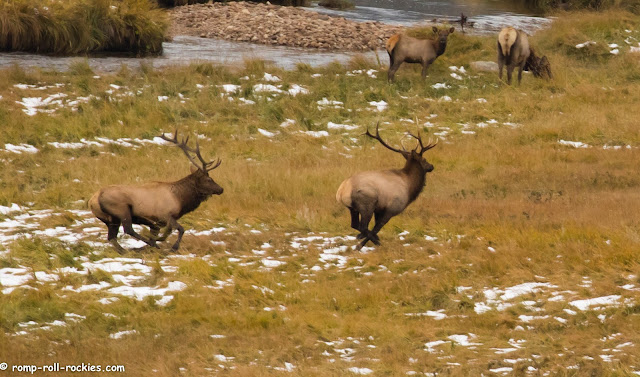 He bugled as the other bull kept fleeing for a long time! 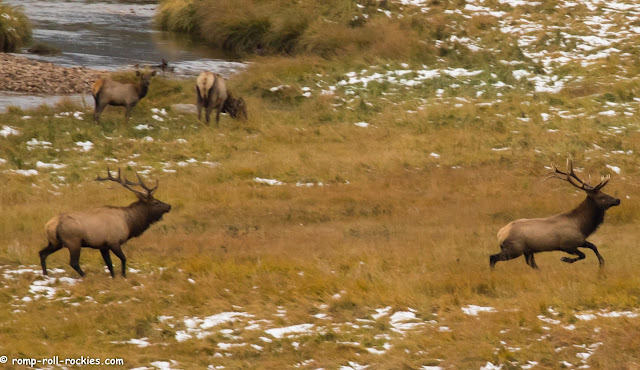 He strutted back to his harem, bugling the whole way. 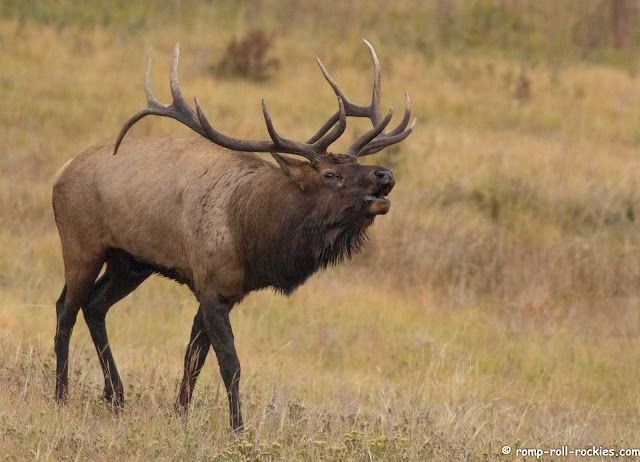 You'll also hear the mewing of the calves who were trying to find their mothers. This day had been hectic in the meadow, and it seemed that many mother-calf pairs had become separated. The calves do still need their moms at this point. They even still nurse. 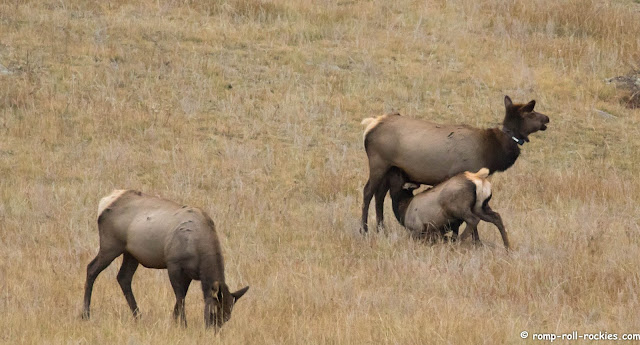 Here's the video. Remember that the visual is not the important part. The bull who I focused on wasn't doing much that was interesting. Rather, the audio is what I wanted you to hear. Turn up the volume and enjoy either here or at Youtube.