The other morning, my friend called to tell me that there was a dead elk on her land. She'd seen the carcass as she drove out for the day and asked if I'd go take a look to see if I could tell what had killed the elk.

I went to have a look. I saw the carcass almost right away based on her description of the location, and I stopped to scan the world around it to see if any predators were around. I didn't see anything scary so I went closer.

It was a cow elk. It was partially covered by snow and debris but the body was completely intact. It was obvious to me that the covering was intentional. Based on that clue, I immediately was sure that a mountain lion had killed her. Then I saw the mountain lion tracks in the snow, confirming my conclusion. It was a fast and precise kill, probably a severed spinal cord, that left no blood in the snow.

I took a few steps backward and again scanned the world around me. Was the mountain lion watching me? Was he nearby? Was he up high in the trees that were next to me? I couldn't see him but I imagined that I could feel his eyes boring into my back.

Seeing no danger, I turned back to the carcass, and my heart broke for the cow elk and her calf. I could see that she was lactating and her calf had been nursing up until the time of her death. I wanted to cry for that calf who surely wasn't too far away and for the mother who surely didn't want to leave her calf behind.

I pushed those thoughts aside so that I could work quickly. I had come prepared with trail cameras to document the predators or scavengers who would consume the carcass. It comforts me to some extent to know that other animals will flourish due to this windfall of calories and nutrition. I quickly set up the cameras, and I departed.

I picked up the memory cards from the cameras yesterday at midday. They told me that the mountain lion who killed the elk arrived a couple of hours after I set up the cameras. I was astounded to see from the trail camera photos that he arrived in daylight because this was a spot very close to a road and houses.

He was very wary, constantly scanning the world around him. 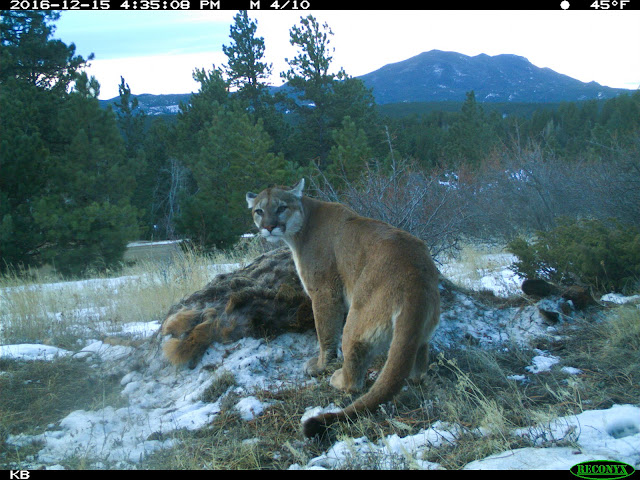 In between his nervous scanning, he started to work on the carcass. First he removed a lot of fur. Then, he had to break through the outer body wall. That takes great strength that you can almost sense in the next photo. 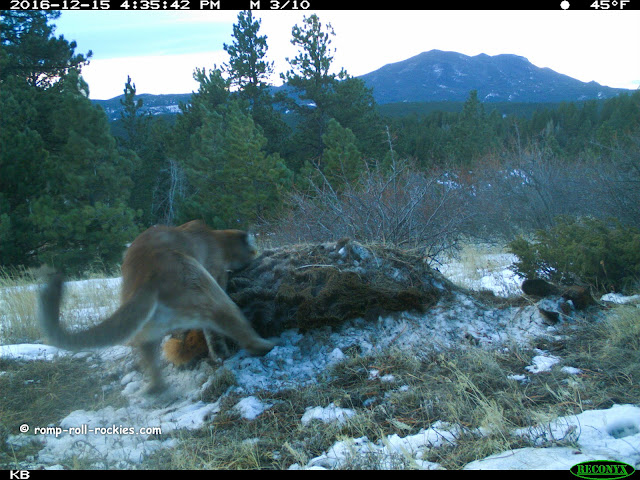 He stopped to scan again. When I saw this photo, I realized that I know this cat. He's been traveling through our area for at least a year. He has a distinctive abdominal bulge that you can see in this photo. I'm not sure what it is - but I do know that he seems as strong and as healthy as ever so it isn't preventing him from hunting and thriving. 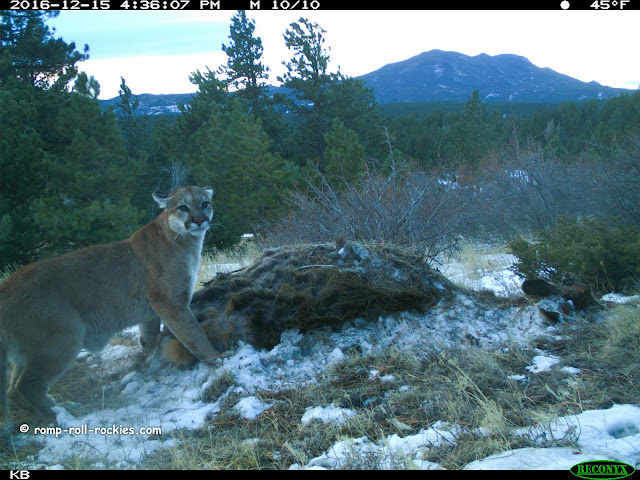 This photo gives you a good sense of the relative sizes of the lion and the elk. The elk was at least twice as big as the lion, yet the lion took her down seemingly with ease. 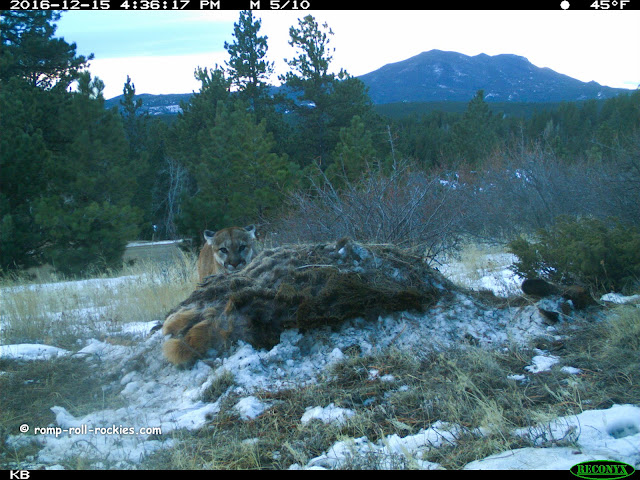 This photo shows you how close to people he was. Do you see the vehicle behind him? 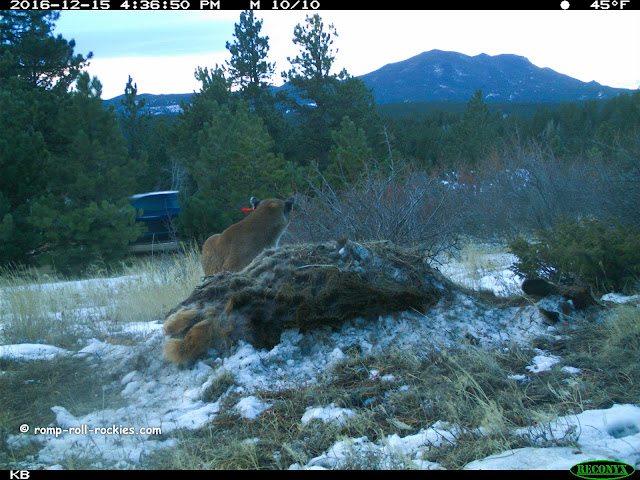 He took a break from eating after a while, and he stopped to pose for my camera briefly as he left to rest. 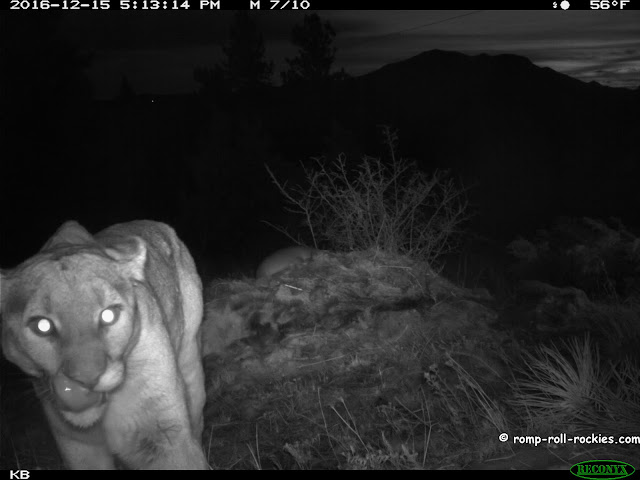 I also have a camera recording video, and I'll share that video very soon. I think that he'll be working on this carcass for a while if nothing goes awry.

I feel privileged to be able to see this secret life of our forest's fiercest predator. I promise that I'll share more of this episode in future posts.
Posted by KB at 6:00 AM