Mountain Lions on the Prowl Again

Cougars have been moving silently through our forests over the past few weeks. It's interesting timing because I'm finding myself out in the forest in the dark more often than ever. I wear a headlamp and scan for glowing eyes all the time. Yet, I'm not really scared - I'm just taking ordinary precautions. I'm glad that something bigger and fiercer than me is out in the forest. It changes the prevalent feeling that humans rule the world because I certainly don't even rule the forest around my house. And, I like it that way. 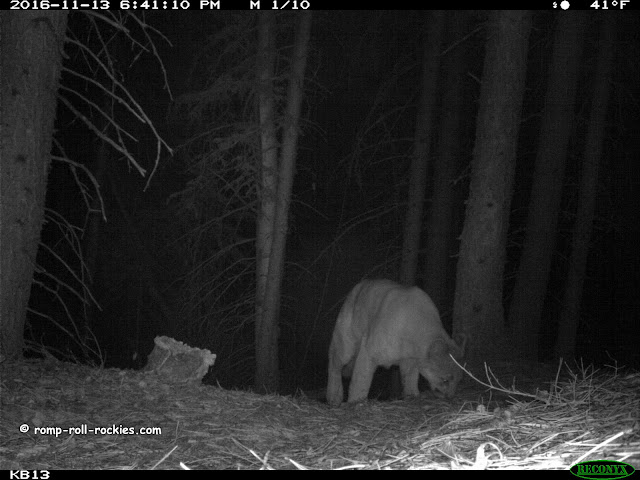 I am not certain if our feline activity is from one or two mountain lions. At least one of them looks young to me. He still has faint bars on the inside of his front legs, suggesting that he's a young adult. I'm not certain if he's still loosely traveling with his mother or not.

In the video below, you'll see a transition in scene about 38 seconds into the video. There was a mountain lion captured by one camera at 4:51 PM, and then another lion captured by a cam at least a half mile away 5 minutes later. That was a very fast walk for a mountain lion. They usually saunter along, at a fairly slow pace (2 mph or so), as you can see from watching them walk. That timing was what made me feel more strongly that it might be two mountain lions rather than one.

In any case, it is very exciting to have mountain lions so active in our neck of the woods again. After almost a year's hiatus, the forests are alive with our biggest predator once again! 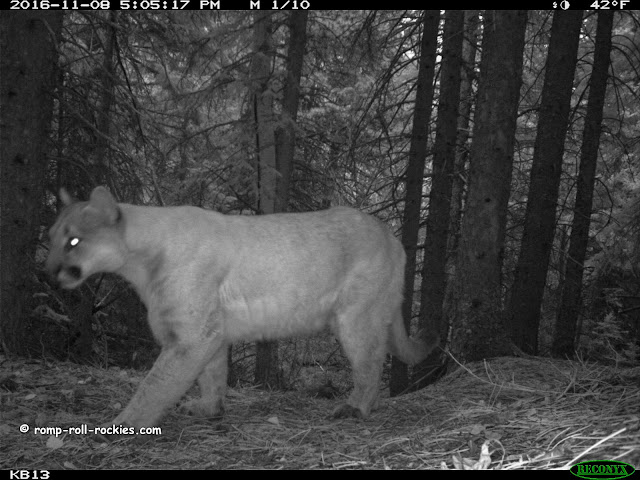 The video is very short (a minute or so) but it lets us see an unprecedented (for me) amount of video of these animals moving naturally around their territory.


I am wondering if the mountain lion(s) in the video might be this mother lion with her kitten. Last winter, almost all the lions in our area had their GPS collars removed, which would explain why she had a collar last summer but not now. I know from the GPS study that this female tended to make big moves from one side of a canyon to another once or twice per year, living on one side of the canyon without crossing it for up to a year. If one of her kittens is still with her after spending a year on the other side of the canyon, he'd be almost a full adult, which would fit with what we're seeing in the video. 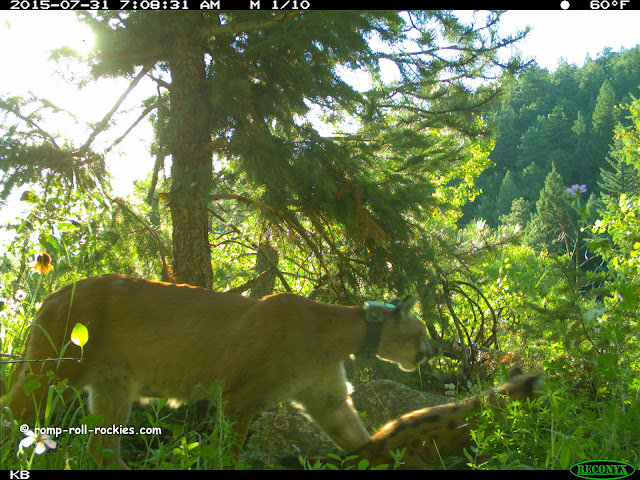 I know it may be a pipedream but I am hoping that this mother mountain lion has returned to our neck of the woods to finish raising her kitten and perhaps to give birth to a new litter! Do you see the spotted kitten just in front of her?

As I said in a recent post, our country is unique in the vast open spaces that we've preserved and in our acceptance of some predators living among us. Now, it's time for those of us who value the wildness of our amazing country to step up and help preserve our environment. Let's keep some of our country open and wild so that large predators can continue to flourish.
Posted by KB at 8:00 AM