Mountain Lion vs. Coyotes in Battle for Elk Carcass - Part 2

The recent killing of a cow elk by a mountain lion led to some of the most fascinating footage of coyotes and a mountain lion vying for food that I've ever captured. The footage from the first night of the lion and coyotes vying for the carcass was posted here.

The second night after we found the carcass commenced with the mountain lion approaching the carcass. Coyotes immediately ran him off.

About 15 min later, the mountain lion appeared at the carcass. Coyotes barked at him from all around. Based on their volume on the video, I think that the coyotes were extremely close - perhaps 10 yards or less away from the lion. 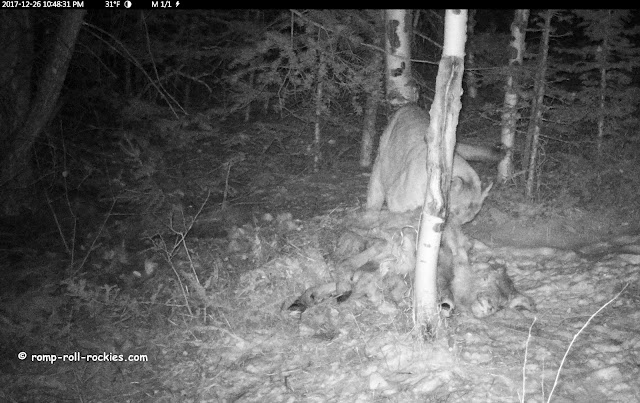 You'll see the lion look up and his mouth open wide. You can barely hear the hiss he emitted but he did! Then, both he and the coyotes departed the scene. Perhaps they needed a "cooling off" period! 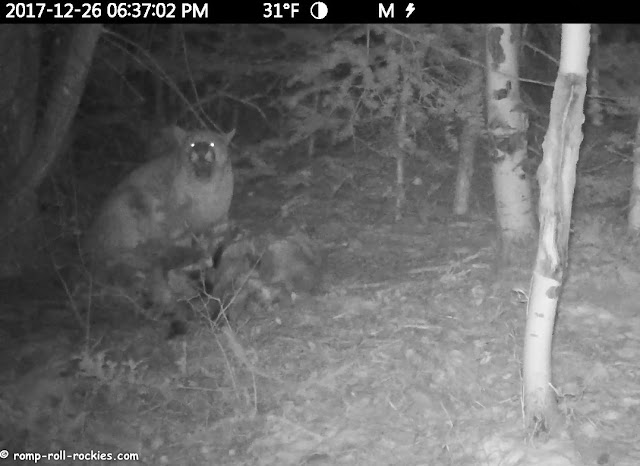 There were two story lines to this night. First, every time that the lion was at the carcass, it sounded as if he was surrounded by a pack of coyotes all barking. Second, whenever the coyotes had a chance, they pulled the now lighter carcass out into the meadow. As soon as the lion saw that, he easily slid it back to its original spot on the edge of the forest. I think that the coyotes felt safer from the lion out in the open while the lion naturally likes to have more cover.

Here are some photos of the lion eating the carcass next to the cover of the forest. 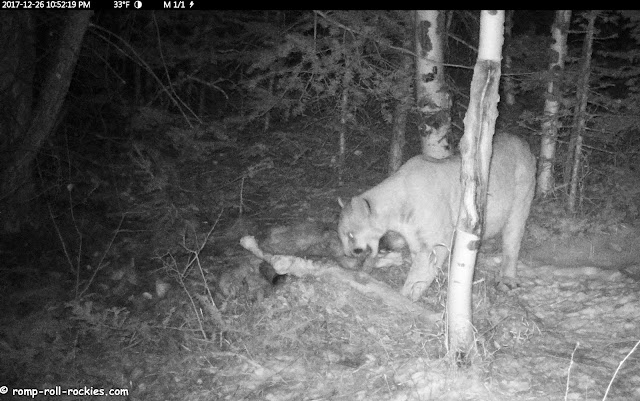 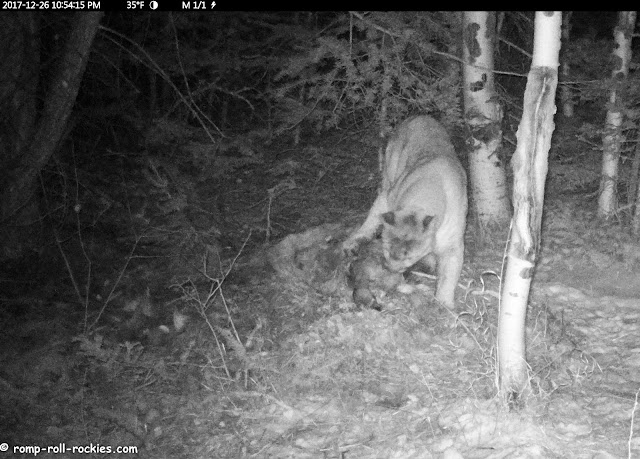 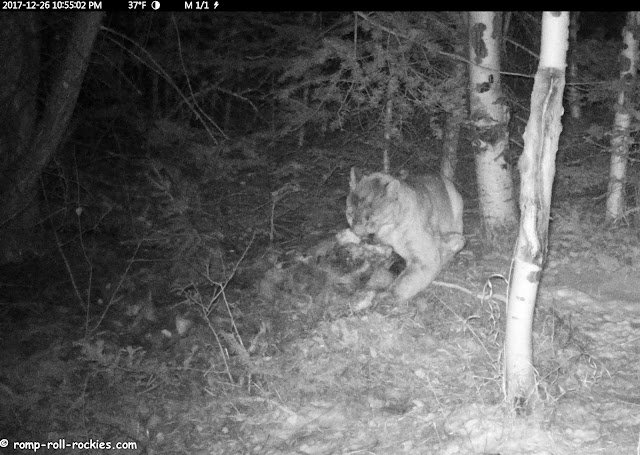 The lion stayed only until around 11PM that night, and he departed for his final time. I think that he left because the meat was less plentiful, the coyotes were driving him nuts, and he might have had another kill nearby. I'm basing that last reason on the observation that his belly looked full even as he arrived at this kill.

This was one of his arrivals. Look how his distended stomach, full of food. 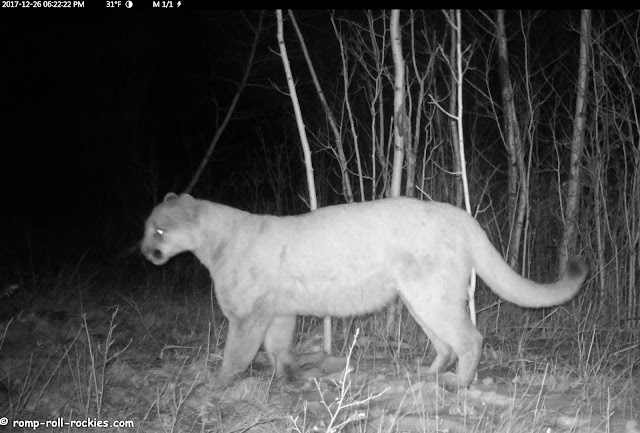 Here was his final departure. 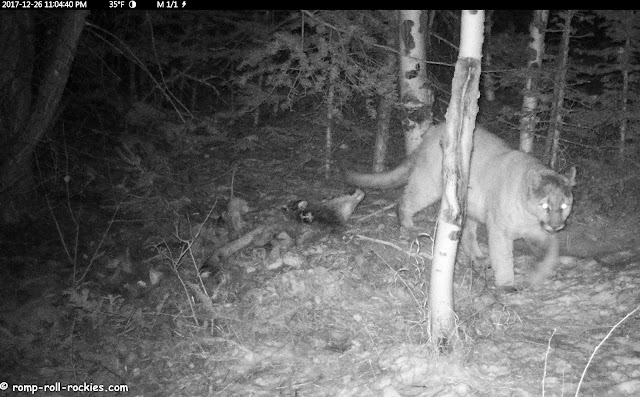 The coyotes left him alone as he departed the scene. 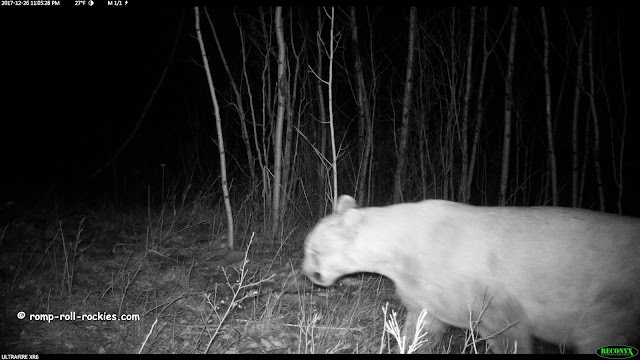 Very soon after the lion left for the final time, the coyotes nervously moved the carcass to the meadow where we found it the next morning. 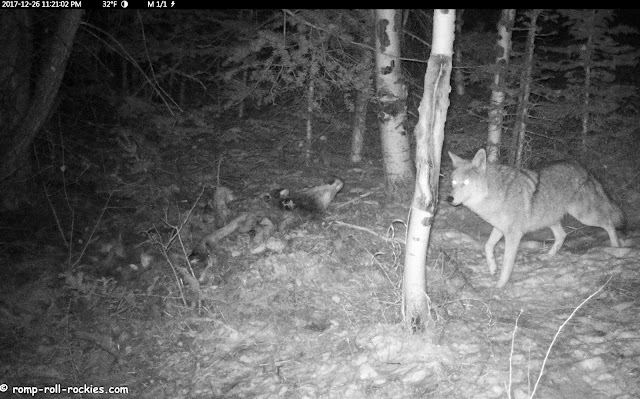 We pointed a camera at the carcass in the meadow where I suspect that the coyotes and birds have eaten every last morsel of nourishment from the carcass. I will check that trail camera soon.