A Bull Moose Pair and a Trail Camera

Late this summer, I discovered a water hole in a gully that almost always has some water in it. I also discovered that the bears and moose love it, even though it's a pretty small water hole. It seems that the days of bear baths are over for the year but the moose are still around.

It's hard to tell in this photo but the left moose is an older bull and the right one is a very young bull. They were breaking the ice with their hooves and drinking.

The older bull is one of the biggest that we've had in our neck of the woods. He's been hanging around for a while so perhaps he's here to stay. 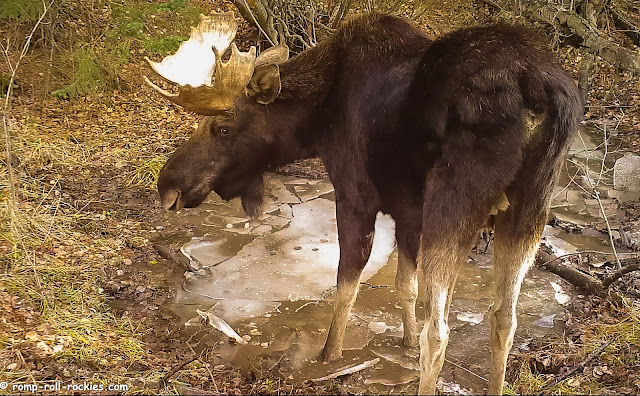 He took an interest in my camera and in the tree holding it, giving a nice closeup of his antler with snow on it the next morning. 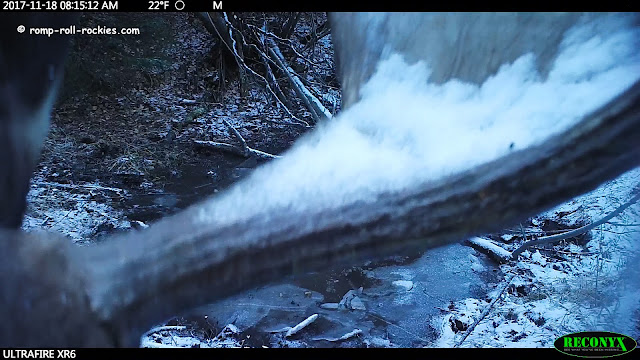 Fortunately, he didn't hurt my camera. When he was so close to it, his focus was stripping bark from the aspen tree. The stripped area below my camera is new from his recent work on the tree. I believe that moose actually eat the bark. 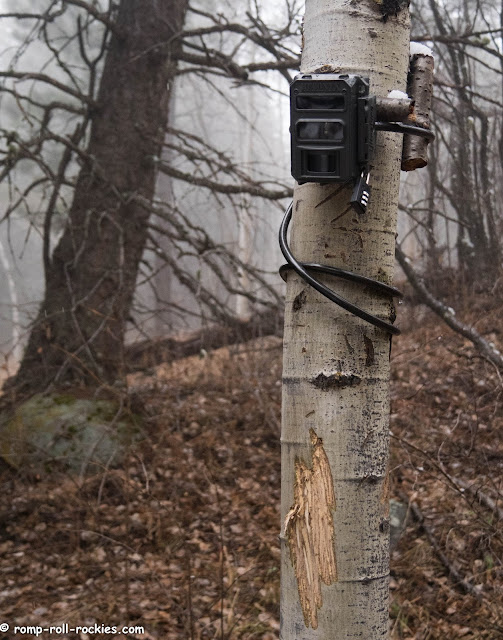 I made a video of the activities of the pair and the closeups of the big bull which you can watch here or at Youtube.
These two bulls are continuing to hang out together but a recent video from a trail cam suggests that the older one may be getting tired of the company of the younger one. More on that soon!
Posted by KB at 4:00 AM