I need some silliness after the week that we've had and knowing that R's insides will be scanned again on Monday.

Shyla and I had tons of fun playing games with treats this week because she couldn't run much. She gets so intense about snagging them out of the air that she makes silly faces! She also moves so fast that she sometimes is too fast for my shutter. 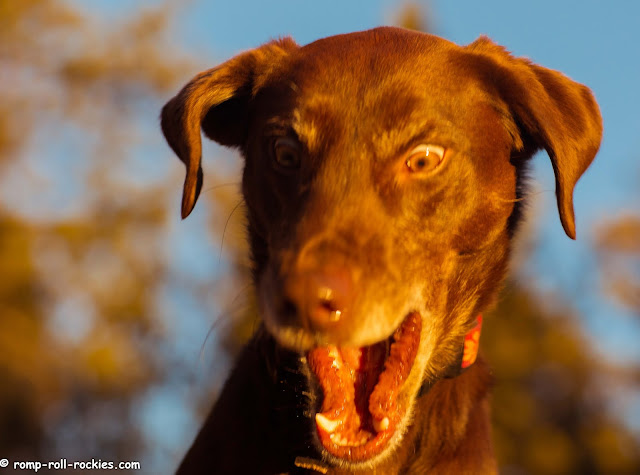 Although I tend to show you the bloopers when she misses, she's become quite good at this game. She keeps her eyes on the treat. 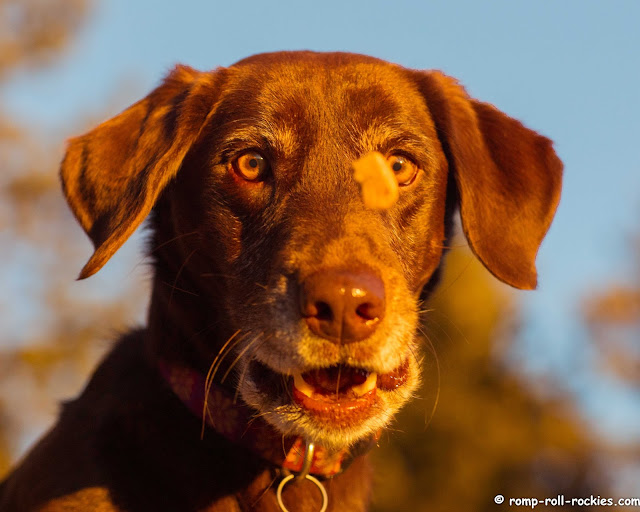 And knows when to open her mouth to snag it. 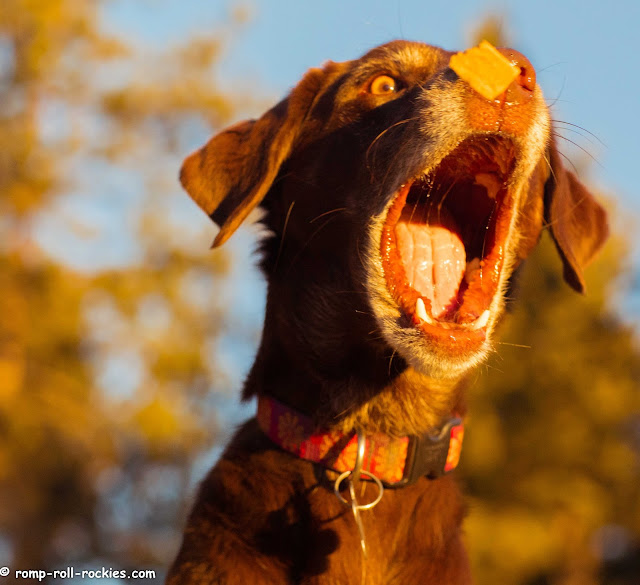 Here's the anatomy of a flawless snarf. She had her eyes on the treat before it was even close to her. 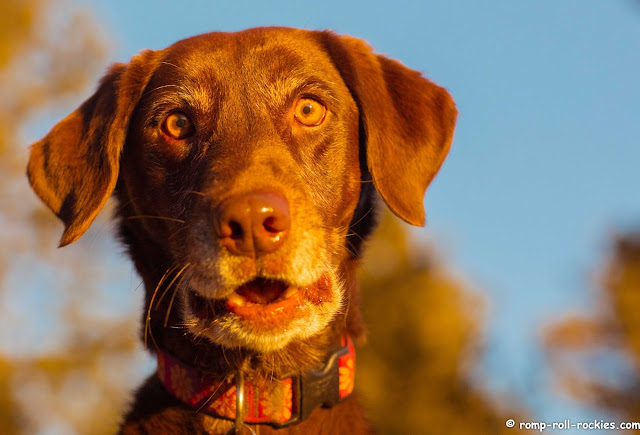 Then, she opened her mouth so wide that I can't imagine that she could still see the treat. 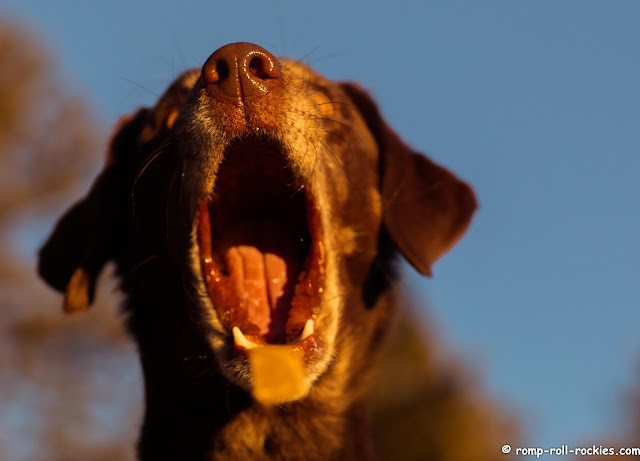 Finally, she snarfed it. She moved her jaws and head so fast and hard that her head looked oddly flattened after she had the treat in her mouth. 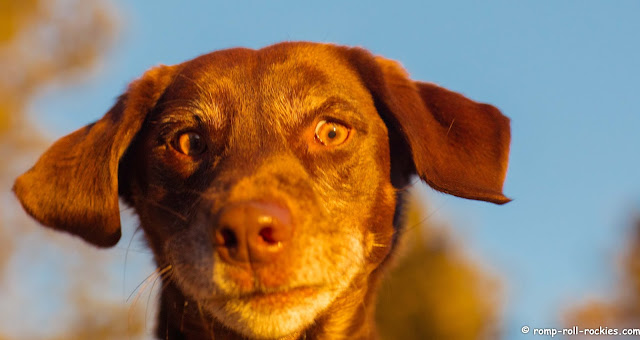 What a funny look on her face and in her eyes. She looks almost smug!