Recently, I visited a trail cam that has not been productive recently. I'd stuck with its location over the summer because it's been such a wildlife hot spot over the past decade.


So, I slogged to it when I had to change its clock to standard time. The camera gave me a huge (literally) surprise! Lots and lots of deer, elk, and moose had been photographed by the trail cam. 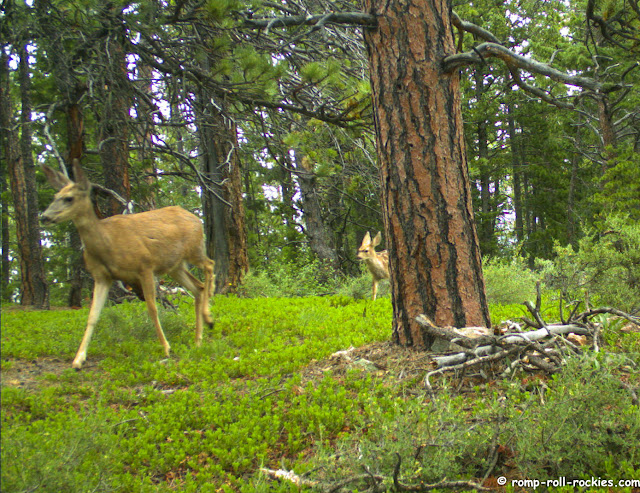 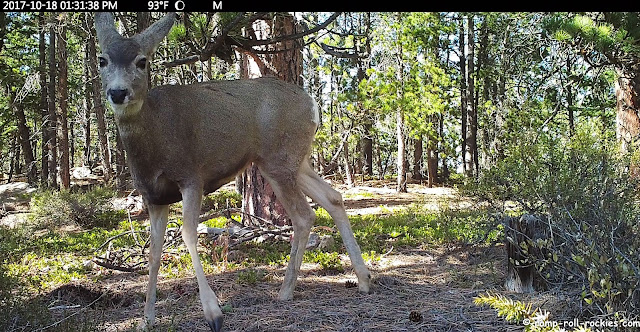 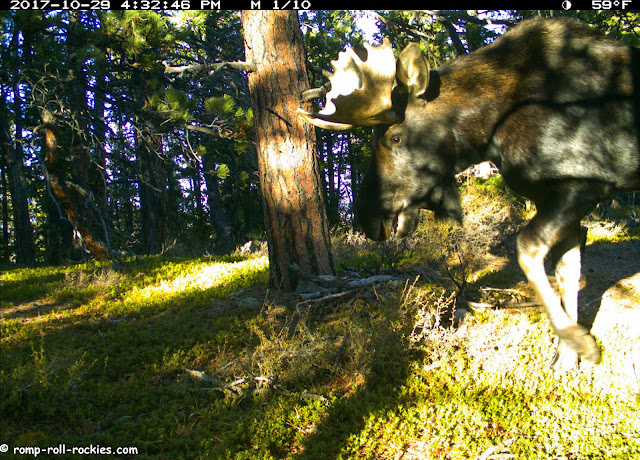 And where you see prey animals, you also see their predator (although I'm pretty sure that a mountain lion cannot kill a healthy adult moose). This massive male mountain lion was marking his territory by scraping backward his his hind paws while urinating. 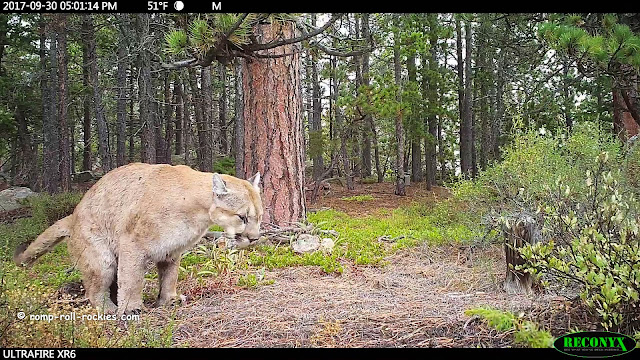 It turned out that the same mountain lion had visited the exact same spot on more than one occasion since I'd last checked this cam. He was adamantly asserting his ownership of this area. Very funnily, a bobcat arrived the following night and tried to mark over top of the lion's mark. I included that in the video at the end of the post. 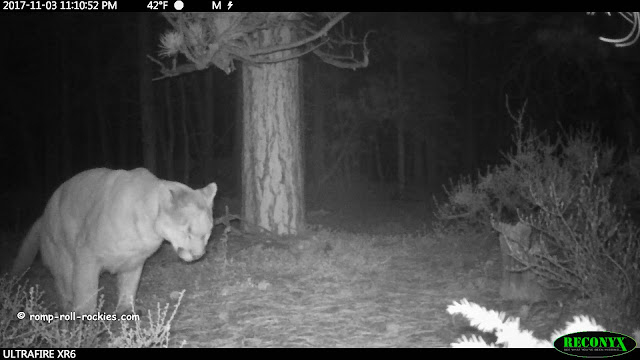 The run of mountain lion visits continues. It's my favorite aspect of early winter - it happens every year when our elk herd returns for the winter.

I made a video of this tom cat marking his territory which you can watch here or at Youtube.