Thankful Thursday - An Ode to our Black Dog

On this Thankful Thursday, I am thankful for the more senior member of our current Labraduo, R.

When I wrote this post, I wasn't ready to talk about his veterinary news, which might be bad and might turn out not to be as bad as we think. The easy part was that he had two cracked teeth extracted. He's in pain and is still a little drunk but that will pass. The hard part was that an abdominal ultrasound showed masses on an adrenal gland and one on his spleen. The spleen one is likely benign.

The bigger deal is the adrenal gland. The whole reason for the ultrasound was that he'd had bloodwork a couple of weeks ago that pointed toward possible adrenal gland cancer. Thus, finding a mass on his adrenal gland is a bigger deal than it would be otherwise. We found out about this last night. Today, I'll be consulting with vets and probably fighting to get him into the Colorado State University Oncology clinic sooner rather than later. I'm feeling a bit sad and worried but I'm going to try to enjoy every day with him while we go down this diagnostic road.

Enough of that - Here is the original post - an ode to R!

He might not know how much he has helped Shyla overcome many of her fears just by being her fun-loving big brother. In her early days with us, she'd follow his lead when he paid no attention to "scary" things and just had fun. 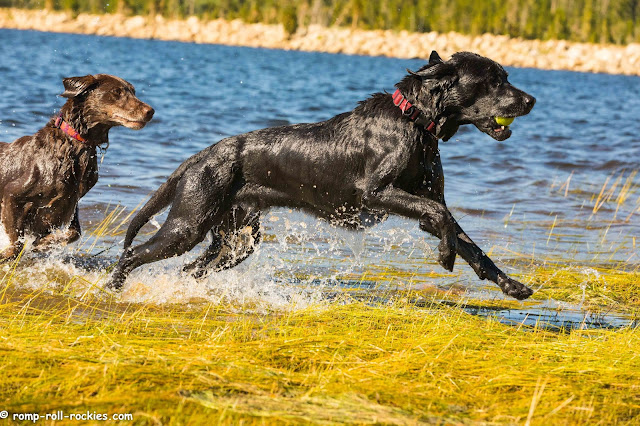 Sometimes he appears almost crazed but it's his pure joy in living every single moment to the fullest that is shining through. 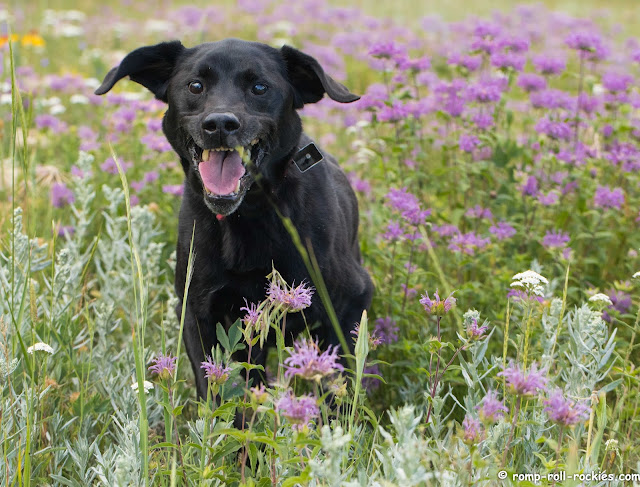 Seriously, what else besides joy could motivate a dog to take a flying leap like this one for no particular reason? 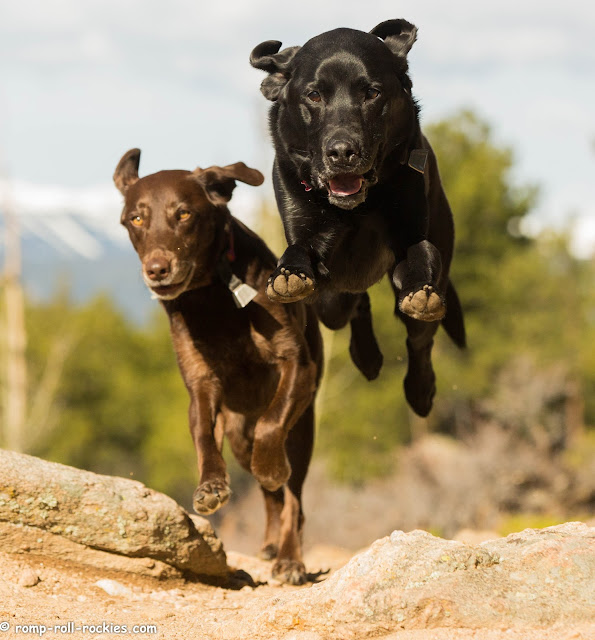 Although there's nothing he loves more than running and jumping, he also enjoys snuggling in a sun puddle with his sister. 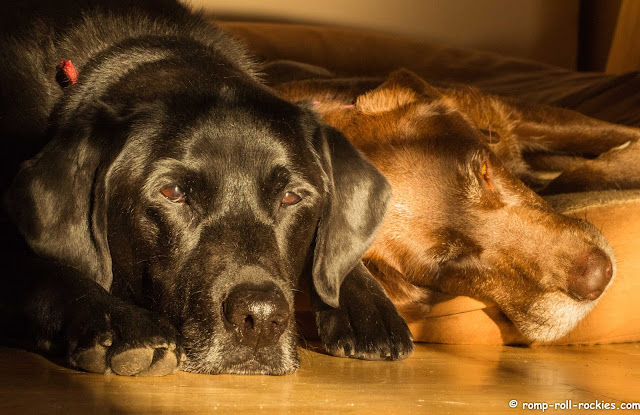 Thank you, R, for teaching all of us how to live more joyfully.
Posted by KB at 4:00 AM