Brilliant Cottonwoods from the Air

The autumn colors in Utah were beautiful. Some flowers were still blooming like the yellow ones in the foreground of this photo and they complemented the yellow Cottonwood trees (background). 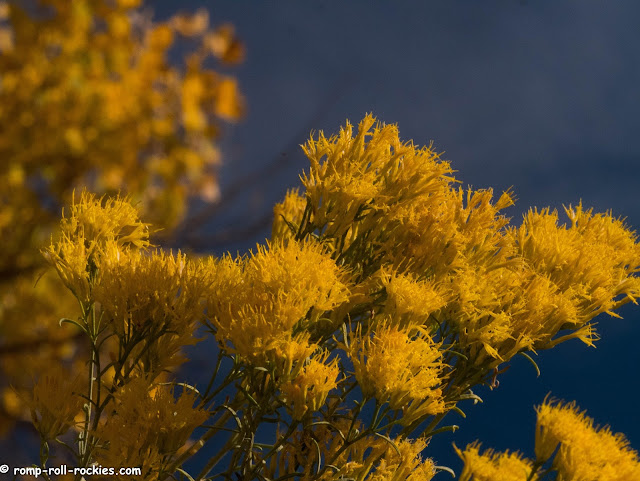 Some Scrub Oak were brilliant red. 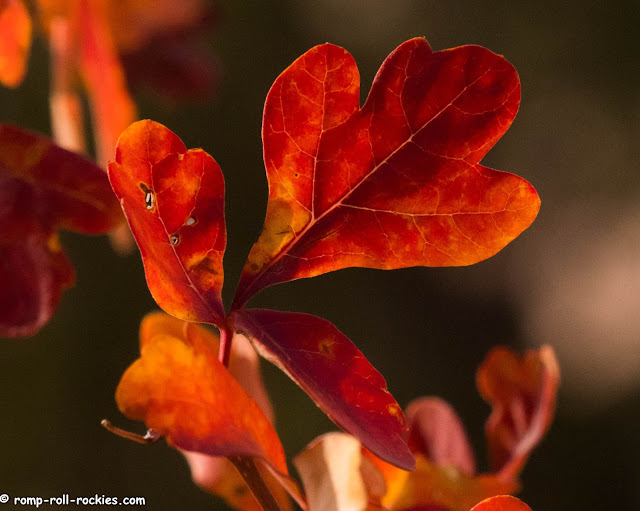 While I was taking the red leaf photo, I heard something that sounded like a swarm of bees. Being a mountain person, I discounted it because it was too far into fall for there to be so many bees.

Hmm, a few yards later, I saw this guy on the ground. Yup, that's a rattle on the end of his tail - that I bet could sound like a swarm of bees when being rattled. What a moron I can be! 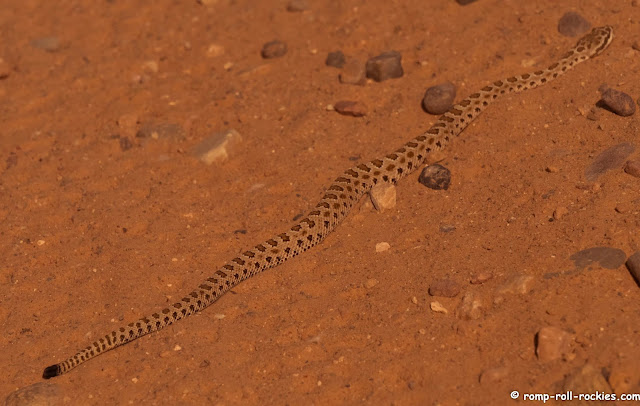 I had a reasonably long lens with me so I could take this closer up photo. He's one of the midget rattlesnake species from that area that have particularly poisonous venom. 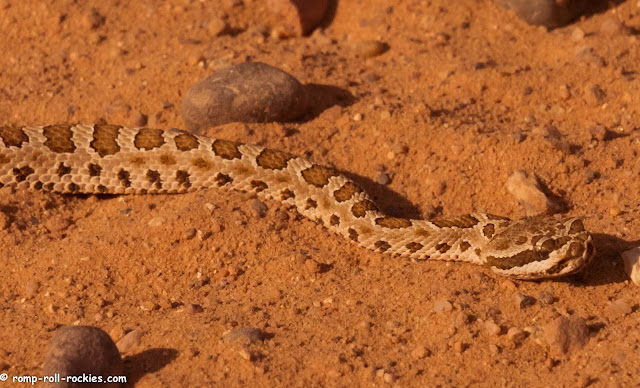 Well, that showed me that taking photos from the ground had its dangers. I'd been eyeing an arroyo with cottonwoods in it. The photo is just one small section of a long line of trees. I took from a distance with my handheld camera. 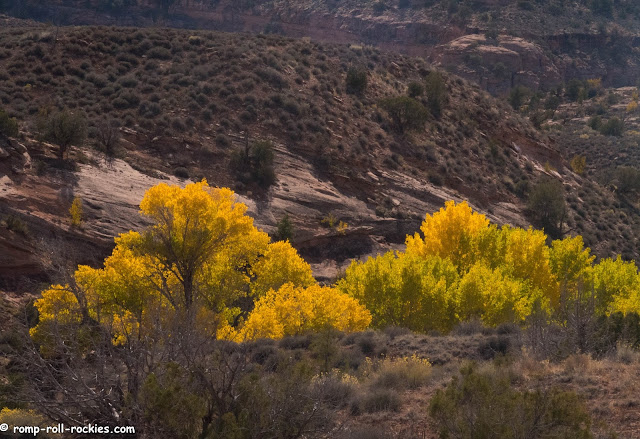 I couldn't get to the Cottonwoods by foot without damaging the delicate desert soil. Hmm, did I dare try to pilot my drone over to it? I'm finding that it takes a fair bit of skill and practice to both pilot a drone on the route that I want AND get decent video at the same time. I decided to give it a try.

Here's the short video that I made.

And here's a photo from directly over the most brilliant part of the arroyo. 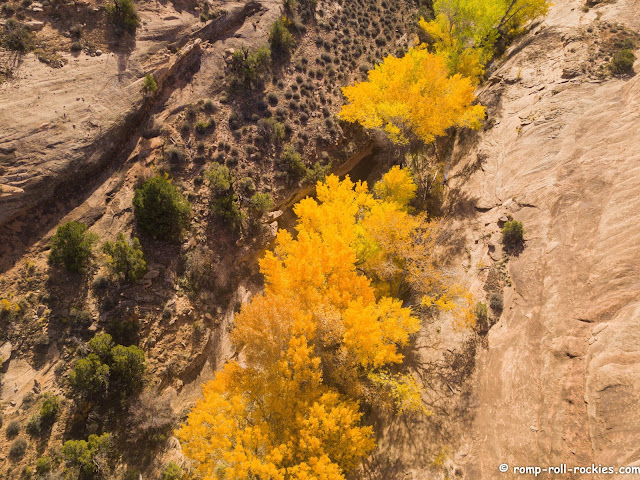 I miss having those brilliant colors in our landscape!