R is now on strict rest to heal some strained muscles and to give his elbow a break. It's fun looking back at how incredibly strong he was in the desert. 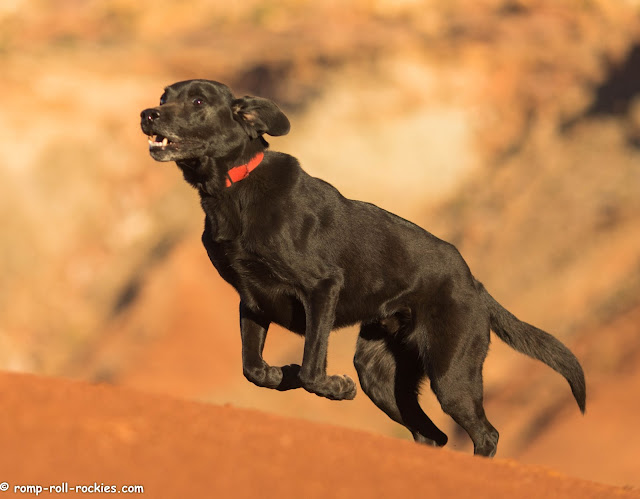 As always, his spirit was like a force of nature. Although Shyla is a lot faster than him by this point in life, his insane enthusiasm always causes her to back off and let him have the spotlight. 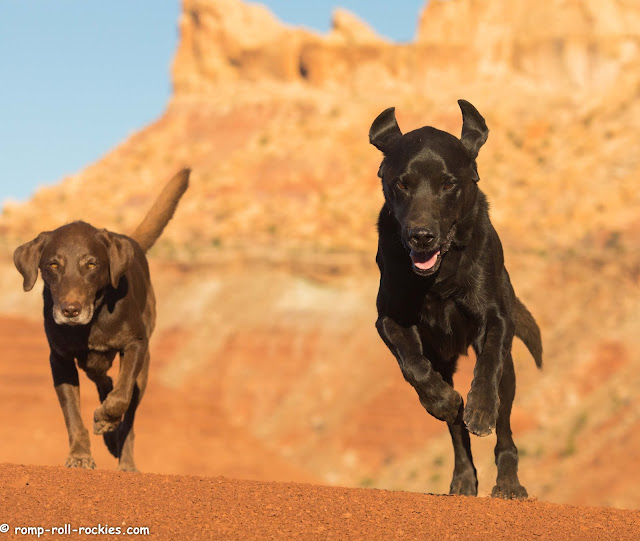 After trying unsuccessfully to build up Shyla's confidence to run with him, I finally just let him sprint around on his own. Sometimes it's best to simply enjoy R's spirit. 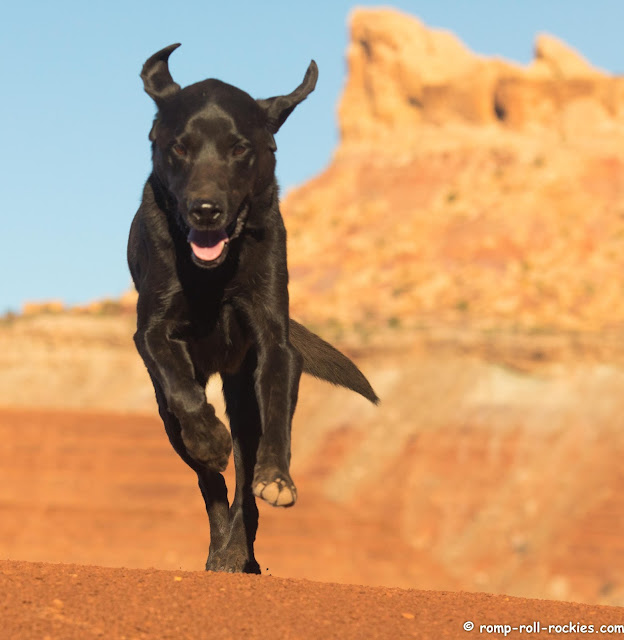 His crazy ears are a Black Dog hallmark! 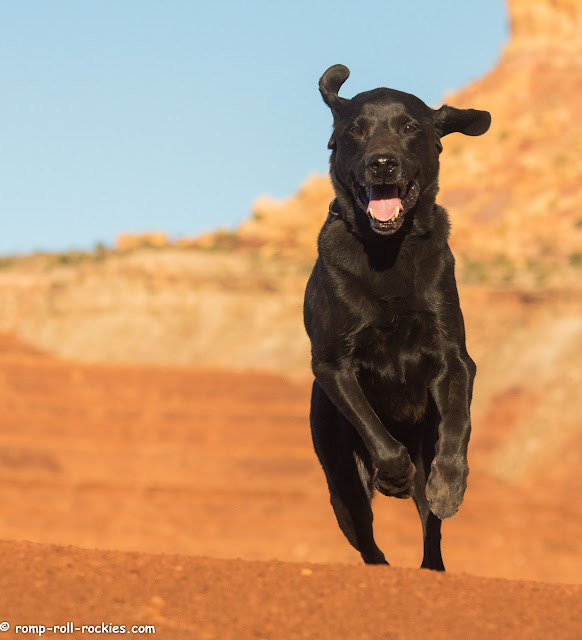 So is his funny habit of coming within inches of bowling me over as I snap photos. 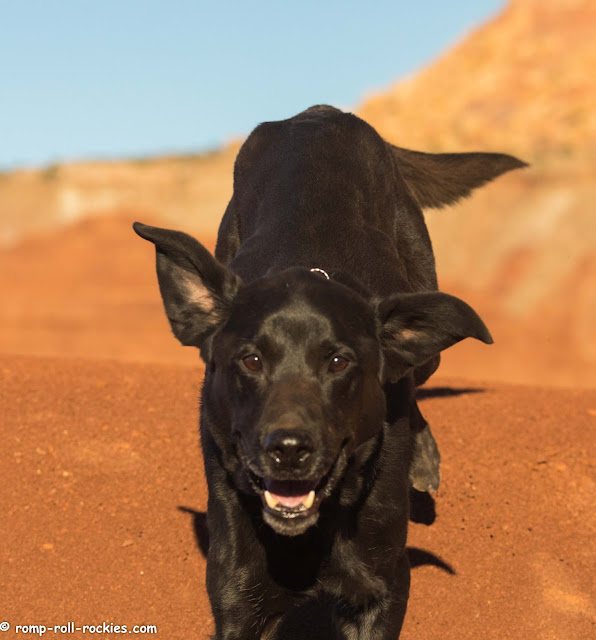 R's spirit is not lagging at all, although he's disappointed every time someone goes out running or biking without him. He probably has another half week of rest, and then he'll be freed to run again, assuming that he's healed well.

He's also been banned from his elbow exercises, which both of us have come to love. I'm looking forward to getting my daily dose of R again when we restart his PT. Unfortunately, a little later in the month, he has to have some dental work done and an abdominal ultrasound. We don't expect the ultrasound to show anything serious but he had an odd bloodwork result earlier this month that caused our vet to want to take a look at his insides - just to be safe.

It's a big month for R. Let's hope that he's back to full strength and able to do all the things that he loves very soon!
Posted by KB at 4:00 AM