A Shooting Star and the Milky Way in the Desert

The hideaway spot where we camped to escape the fall break crowds was surrounded by dramatic cliffs, spires, and mesas. 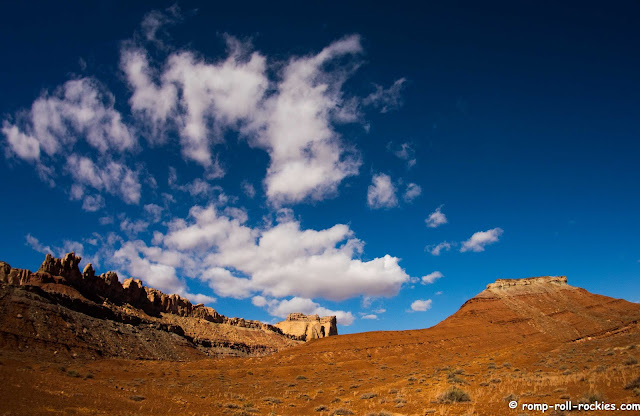 The flat-topped hill in the right of the above photo is what we call "Shyla's Mesa", the place where I love to photograph the Duo sprinting. 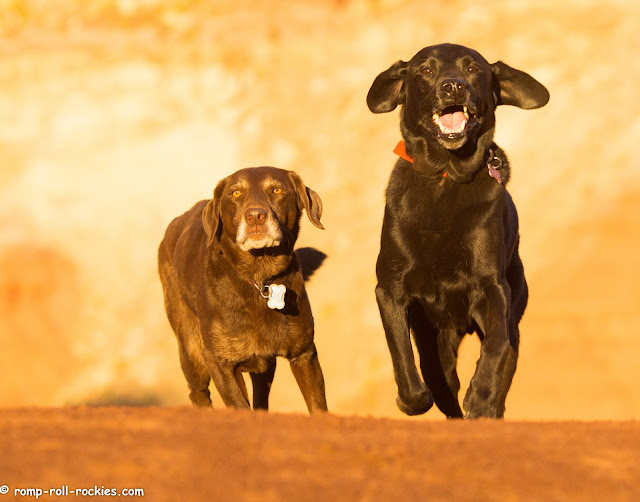 The camping spot is like the middle of an amphitheater with a view of a huge dark sky after the sun sets.

I love taking star photos in that campsite, and my camera is often snapping photos all night while we sleep.

One year, as I set up my camera, a huge meteorite that looked like a "fireball" to me zoomed across the sky leaving a burning trail in its wake. Sadly, I hadn't quite finished setting up my camera so I got no photo of it.

This year, while we slept, a meteorite streaked down from the sky toward the ground. I was overjoyed to capture it - it's the biggest shooting star that my camera has ever recorded! Notice that the view shown here at night is almost the same as the view in the first photo during the daytime. 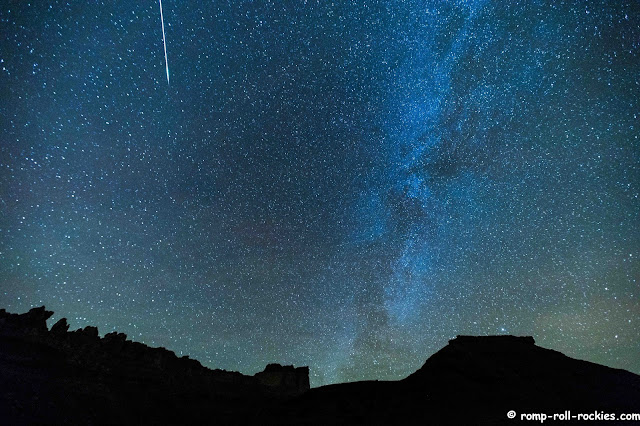 Over the sequence of exposures after it, I could see the residue of the burning up of the meteorite in the Earth's atmosphere. It's very hard to see in individual photos but is much more obvious when I combine them to make a video.