We've had a string of incredible sunrises. We had yet another one yesterday that lit the entire sky magenta. However, I'm saving it for a later post.

The "problem" with gorgeous sunrises is that they mean that the morning will certainly be cloudy. That means that Shyla and I won't be playing in the sunshine. This morning dawned with a clear sky to the east and unbelievable winds from the west. When I see clouds hugging the Divide like in the next photo, the wind is inevitable.  In fact, it knocked me over as we headed out to see this view around sunrise. It was not a morning to put a drone in the air! 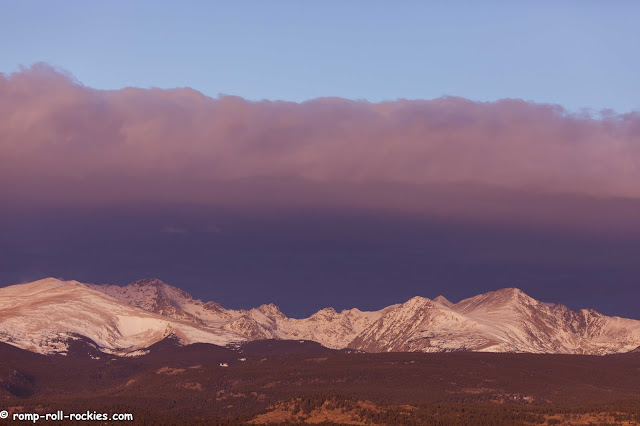 Shyla and I bowed down to the weather gods in thanks for the sunshine! We ignored the hurricane force winds that came with the sunshine. 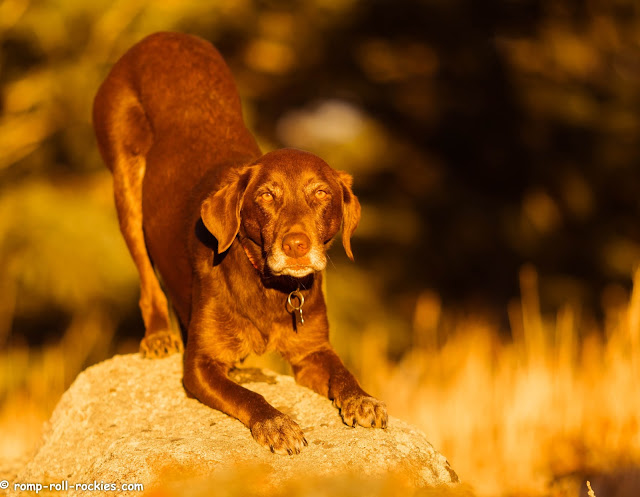 I love when the sun is almost horizontal so I can see Shyla's shadow on the rocks behind her. 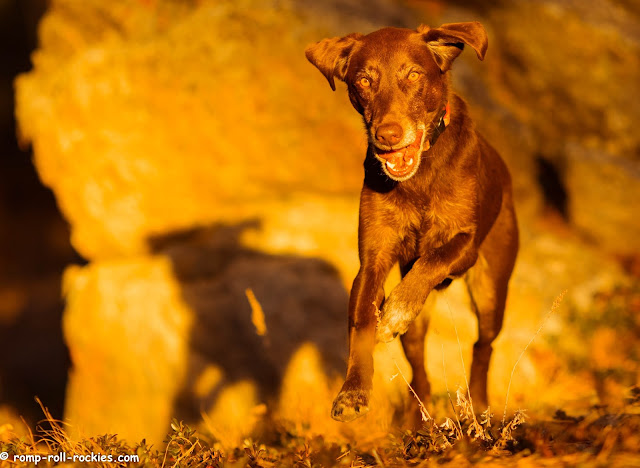 She didn't glow as red as she will on a perfectly clear day. A thin layer of clouds hung between us and the sun. She waved "hi" to everyone. She didn't care about the thin clouds! 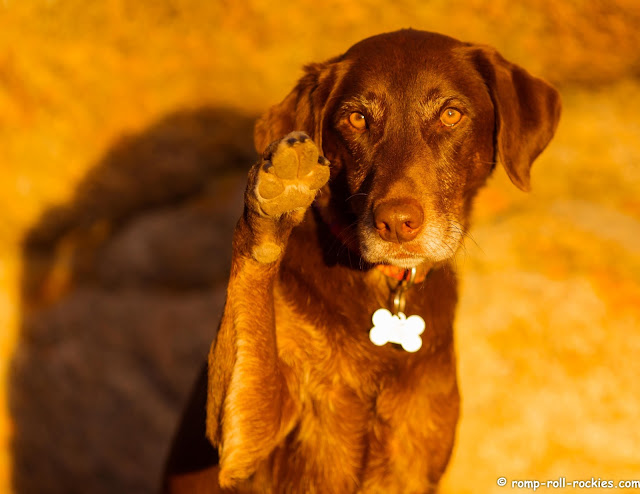 Shyla and I have come a long way in the past year. A year ago, our early morning mountain rides were fraught with worry about whether she was about to run off to gnaw on an elk or deer bone somewhere nearby. She never went far but she scared me when I couldn't see her. That led to a bad feedback loop. When I get tense, Shyla gets worried and then hangs a bit further away from me. And, that makes me even more tense...

Fast forward a year,.. I've worked very hard in a bunch of training classes with her. One was "recalls" which worked wonders in teaching her to come when called no matter what. That's a huge relief to my soul. 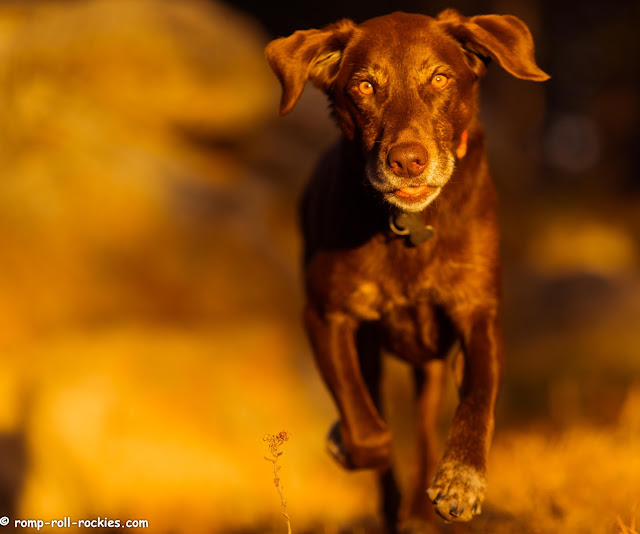 The rest is less tangible. We've done nosework training plus some obedience training (like precise heeling that you'd see in a competition). I think that all of our work together on training has made us into a team. I love doing it, and Shyla does too. Now, I am so relaxed during our rides in the forest because I trust Shyla. She hangs close by, and if there is a temptation, she'll leave it to come when called. Part of our "deal" is that I'll go look at whatever was tempting with her. If it's safe, I'll let her sniff or chew on it a little. That give and take in our relationship has changed things for the better. 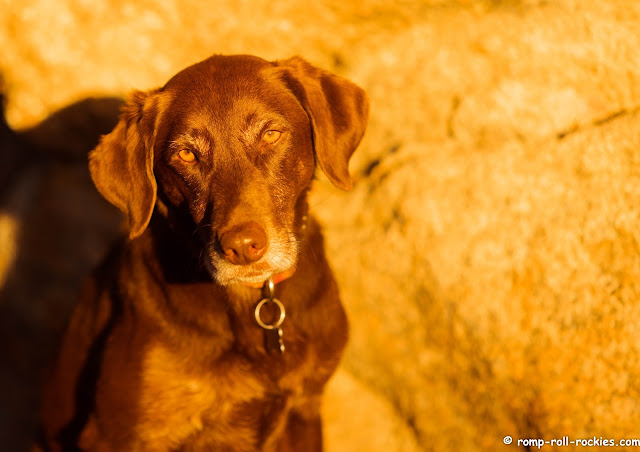 So, I have a lot to be thankful for! Training Shyla has been harder for me than with any other dog because of her fears and worries. I'm so glad that I've found classes that have taught me how to build trust with her so that we can be a true team!
Posted by KB at 4:00 AM