Our multi-colored yearling bear cub is still incredibly entertaining. When I checked a far off cam, I discovered that this cub had marked a tree back in August. When he was up on his hind legs dancing, I could see that he is a male. Here he was approaching the marking tree which is the thin trunk on his right. 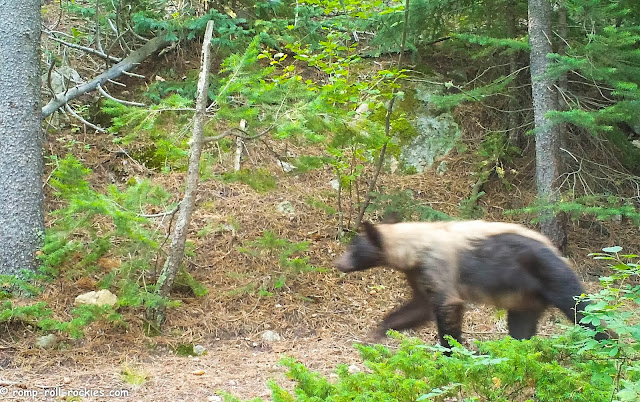 It has continued to be hot and dry here so this little guy was seeking water to cool off and clean up. His first stop was an incredibly clean water source. However, he became transfixed by something before he had bathed. When he sat to look toward it, he gave us a great view of his current fur coat. The blond fur was the color of his entire coat at the start of this summer. Since then, he's started to get his winter coat... which is much darker. I hope that he keeps some of that beautiful blond fur! 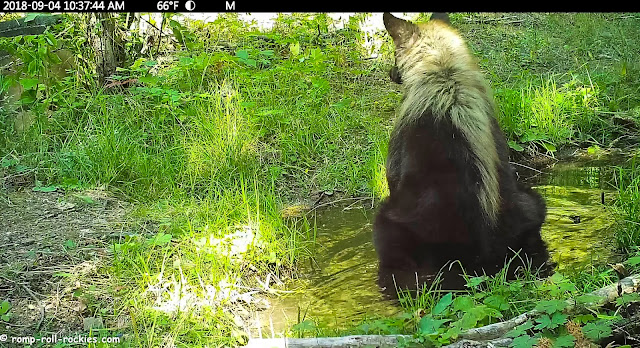 At this first pool, he didn't stay for long. Whatever had his attention caused him to stand up on his hind legs to try to see it better. Soon, he decided that it was time to leave. As he departed, he gave my cam a serious investigation, and I felt lucky that it was in a bear-proof box. That cam is the one that "Bandit" mauled last year and the company fixed for me. 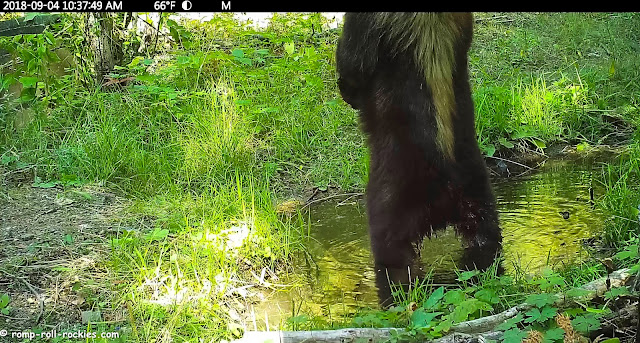 Within a couple of hours, he was at another water pool. This one has very stinky water but it's the favorite bathing place for bears. 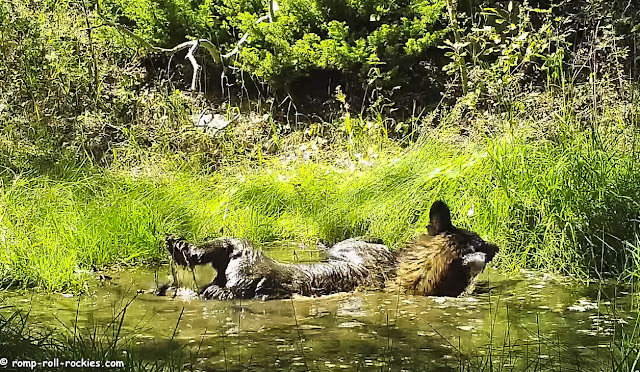 He took a thorough bath and then became alarmed about something. He sprinted away from the pool and disappeared into the forest.