A cute bear cub with a unique fur style!

I first became aware of a unique young bear in our area in July. This blond cub showed up in just one series of photos and then disappeared. He was a roly-poly cub. 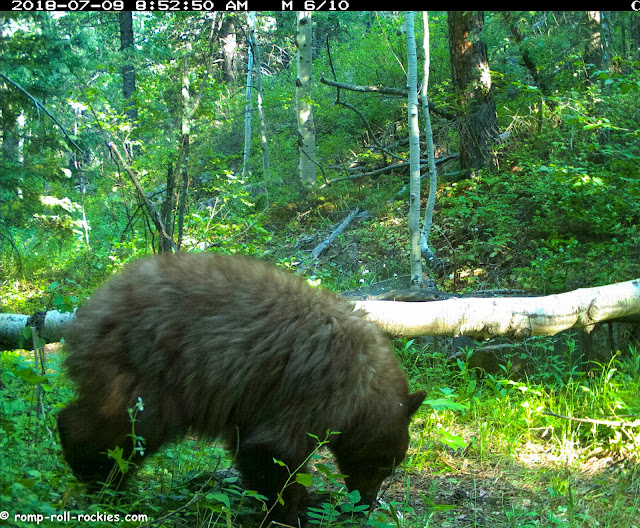 He was a surprisingly curious and bold young bear. I believed that he'd just been driven away by his mother a month or so earlier. That's the typical time of year for "family breakup", when it's time for the mother bear to join the mating season. 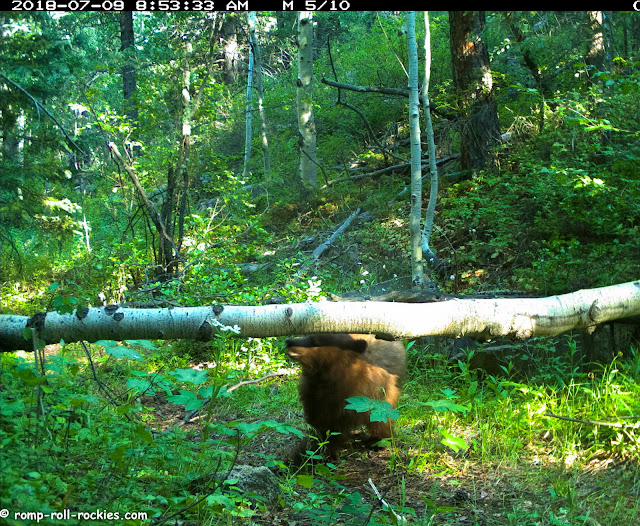 Newly independent bears are typically almost invisible as they master life under the radar. Fear keeps them from traveling the main bear paths.

This same bear showed up in August. He's been growing fast... and working on changing his fur color! 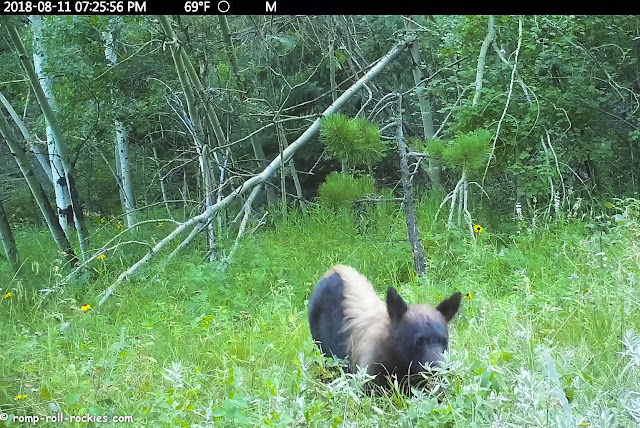 At first sight, his fur pattern made me worried that he had mange. However, later video of him showed me that the dark part of his coat does indeed have fur. Thus, I think that this bear is simply growing a new fur coat. He may not be a blond for much longer!

We used to have a bear in our neck of the woods named "Cinnamom". She had cinnamon fur for most of the year until autumn. Then, she had a similarly odd looking coat as her dark winter coat grew in.  Perhaps this little guy has a few of her genes. I hope so - I loved watching her.

I don't know the sex of this cub. I kind of hope that that the cub is a female so that we can look forward to years of observing her. Males leave their birth territory while females stick around.

The color contrast is less obvious in bright light. Here, the cub was heading for a water hole to take a bath. The dark part of the cub's coat looks like dark chocolate in this light. 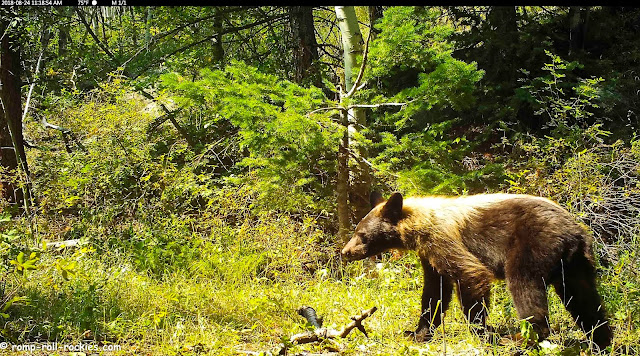 He's been enjoying lots of spa time in a local water hole... and he's a hilarious bather! 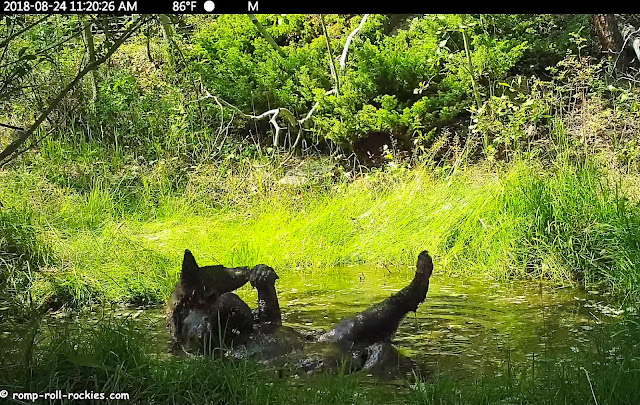 I made a short video of some of the cute stuff that this yearling bear has done recently. Just in case this bear is here for the longterm, I'd love to get some ideas for a name from you all.