In the week before Christmas, a mother mountain lion entered our area with her kittens. I first was aware that a lion family was among us based on the tracks that they left.

Three sets of huge wide cat tracks walked parallel to each other. I worried a little as I observed that the tracks went within a short distance of a pen holding goats. The lions left the goats alone. Phew.

For a little while, a kitten's tracks paralleled my fat bike tracks. I love that sight! 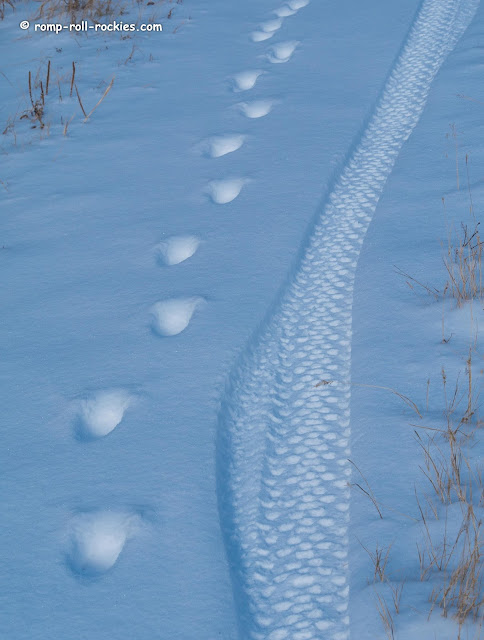 As the family entered our neck of the woods, a kitten appeared first. This was the same site where a mountain lion stalked prey a couple of weeks ago. 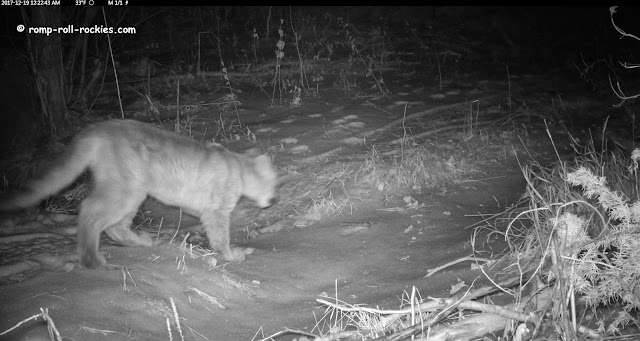 Mom and the second kitten were next in line. 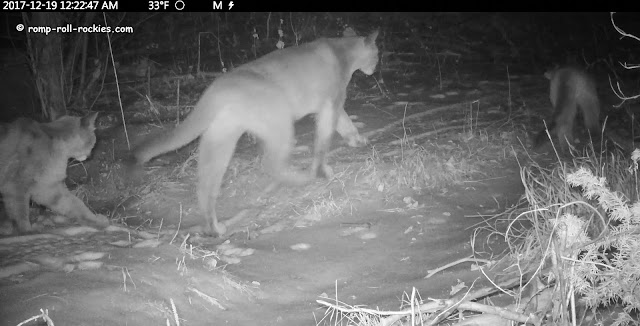 The second kitten lingered in front of the cam, letting us see that he still has spots. He's on the young side - maybe 4 months old. That's a wild guess. 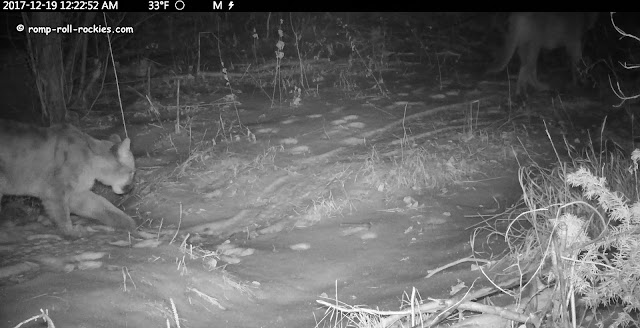 This sighting made me go back to see what other mountain lion kittens my cams have recorded this year. All the other kittens were older than these ones.

This one repeatedly followed an identical path down below my trail cam in September, as if there was a den down there. I show the footage from his visits in the video below. 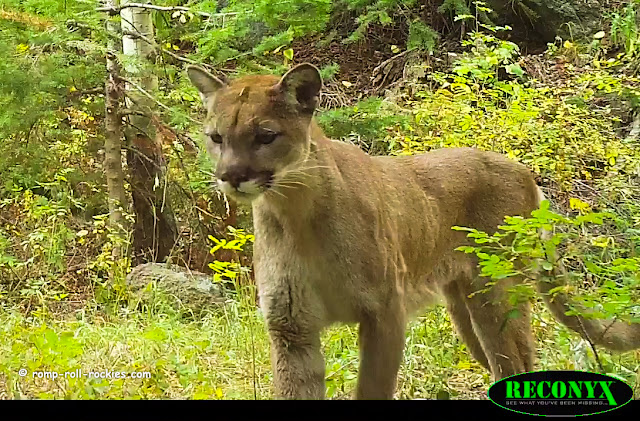 And this kitten was traveling with his mother and sibling, visible in the background in June. He was a mature kitten, probably approaching the stage of life when he would strike out on his own. You'll see in the video below that he was almost as big as his mother in June. 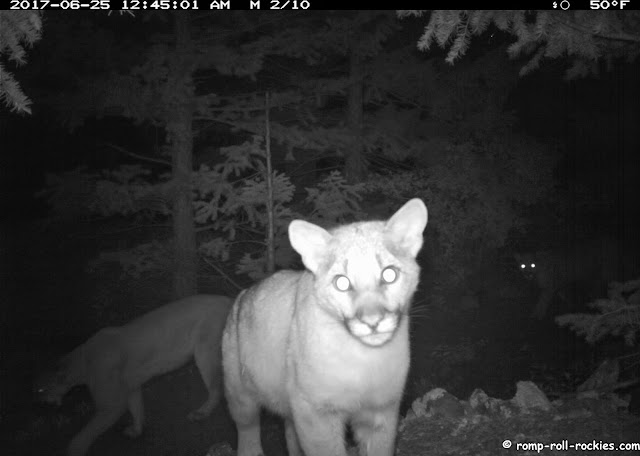 Those were all of the mountain lion kitten sightings from 2017. It may not seem like much but my cams don't see any lion kittens some years.

I compiled the video clips into a short video that you can watch here or at Youtube.


I hope that you enjoyed that little "tour of our mountain lion kittens"!
Posted by KB at 4:00 AM