I have a trail cam in a spot that I absolutely cannot access during the winter because the snow piles up too high. Finally, on a recent day, I managed to make it to the spot and see an entire winter's worth of photos. They did not disappoint!

A huge variety of species passed the cam, and even some late-to-bed bears went past it. However, the mountain lions won the day.

A mother mountain lion went by a few times. Here is one of her forays past the camera. 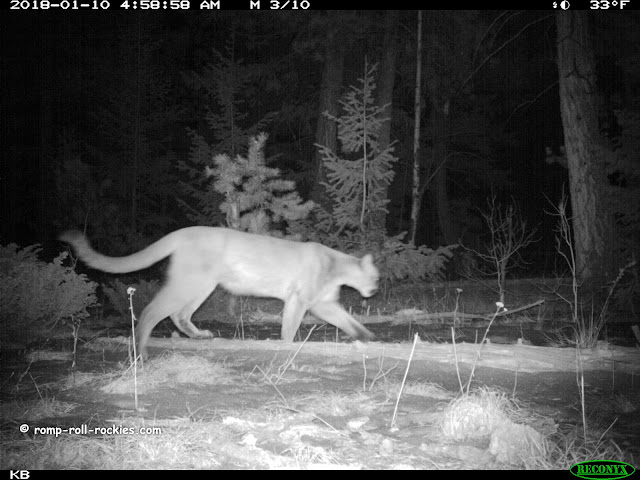 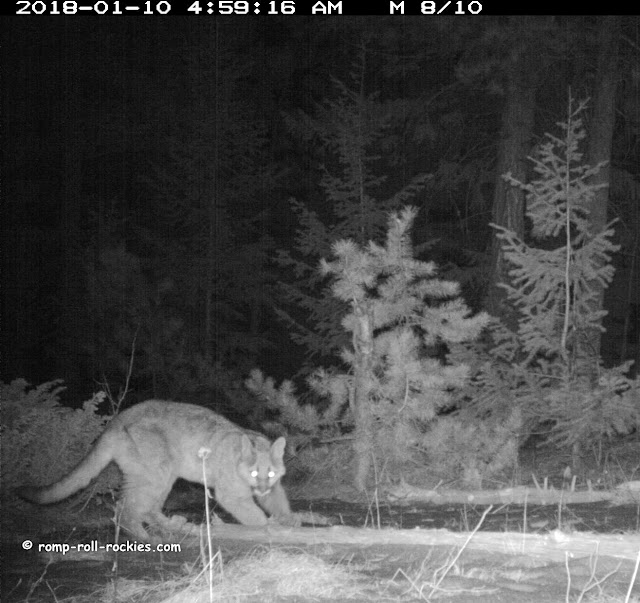 Yes, it's a mountain lion kitten!

I know it's a mountain lion kitten as opposed to a bobcat because its tail is long and has a black tip like a lion. The shape of the face is also unmistakable. Look at the width of his forelimbs - it's as if he already had his grownup front legs at a young age! 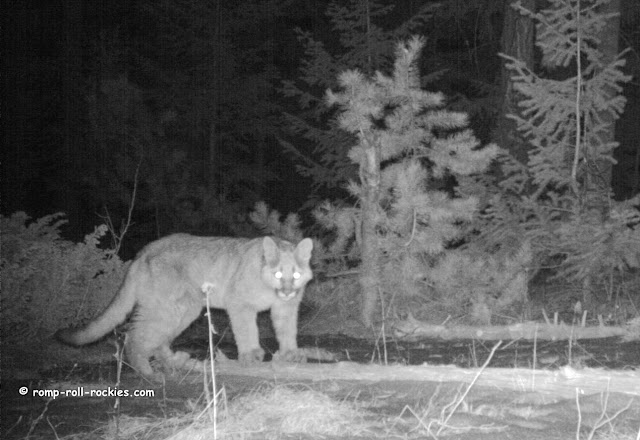 Just like a playful human child, the kitten decided to walk on a log as if it was a balance beam. Look at the SIZE of those paws. Wow! 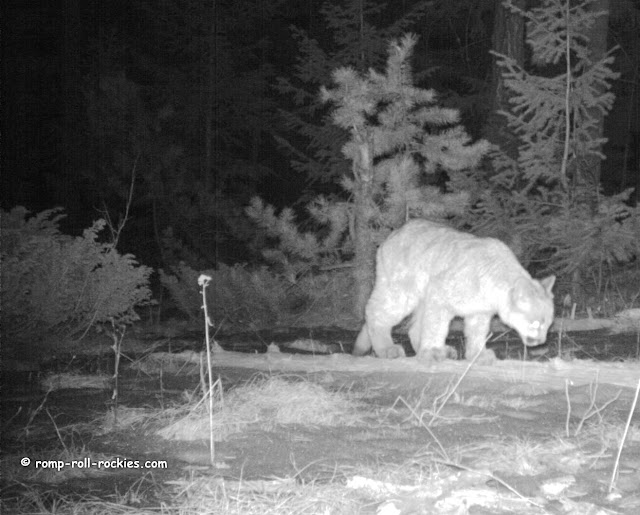 Then, the kitten noticed the camera and stared right at it. When I saw this photo, I wished that I'd put a better camera at that site. The flash was too intense and blew out the highlights on the kitten's face. (I'll be putting a "good" camera there very soon.) 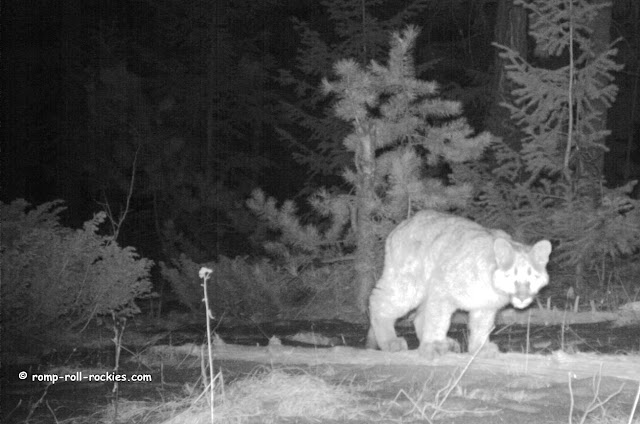 Sure enough, the kitten's curiosity was awakened by the camera, and he stood right in front of it after taking a single bound toward it. 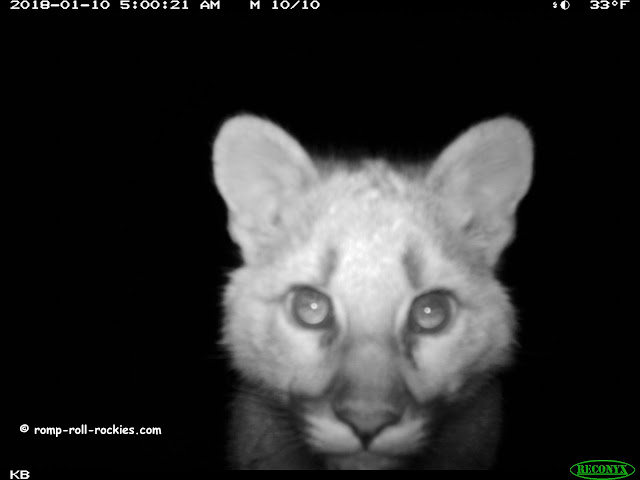 Then, he smooshed his snout against it. Can you make out his nose on the left of the photo? 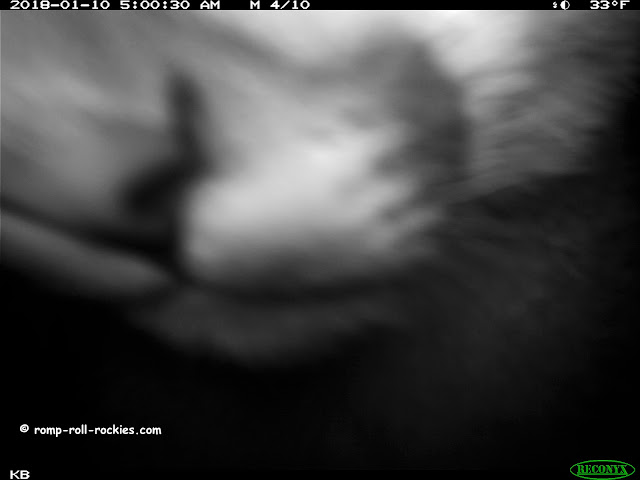 It's even easier to make out the shape of his snout in this photo. 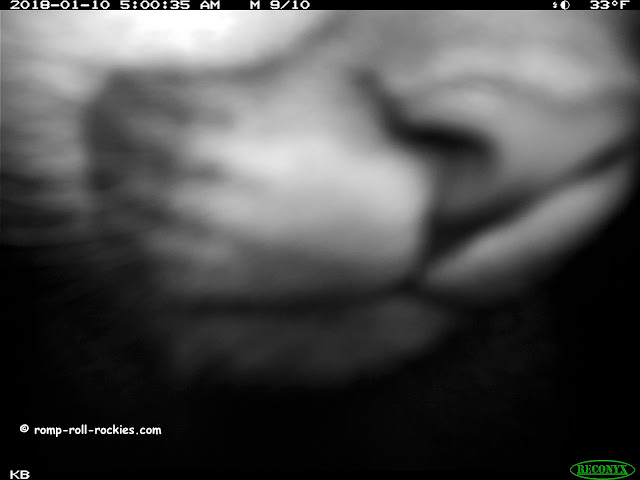 The kitten backed off by a few inches, and we could see his eye! 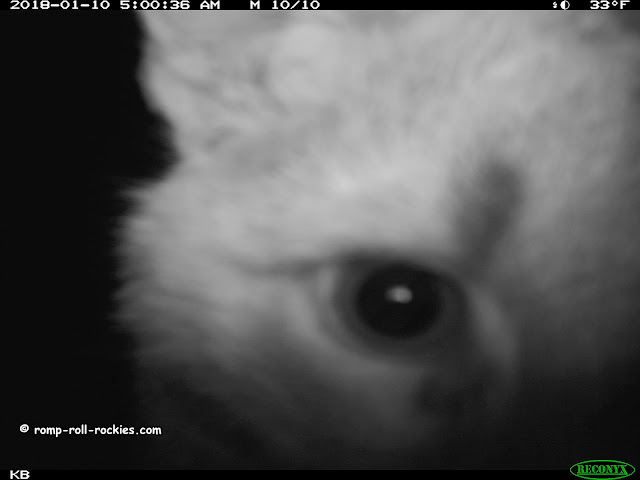 Finally, he moved away far enough that we could see most of his body. 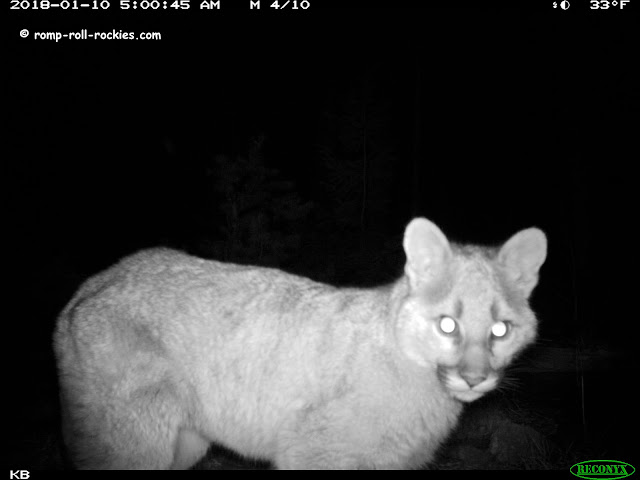 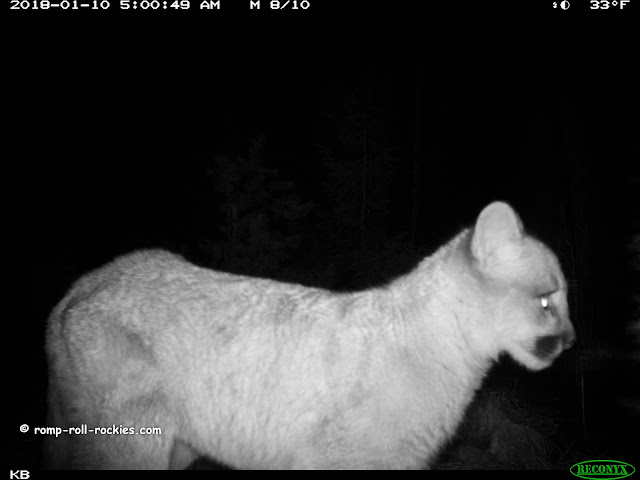 As he stood still looking around, a set of "big lion" whiskers entered the photo. I believe that his mom had come back for him. 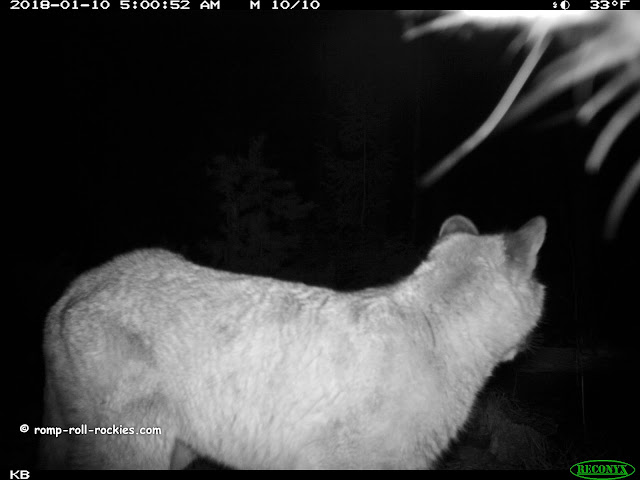 Soon enough, he and his mom lost interest in the camera, and the youngster stood with his oversized paws on a log. 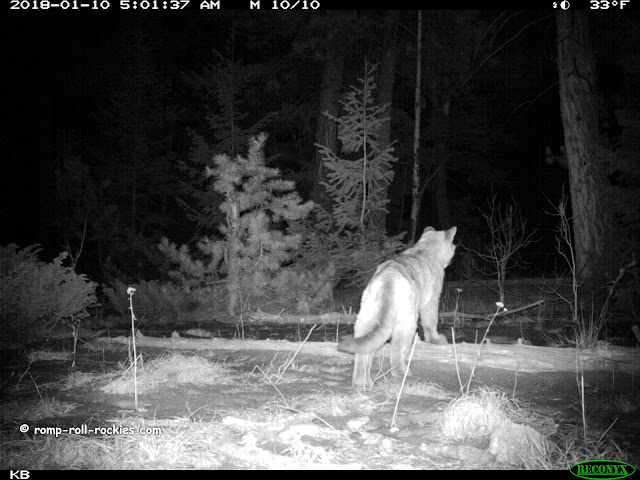 Then, he departed the scene by walking on top of his balance beam! 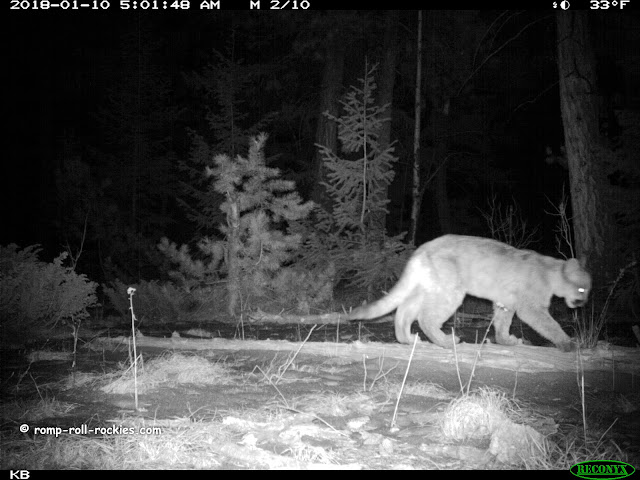 Just a few days later, his mom was back by the camera. 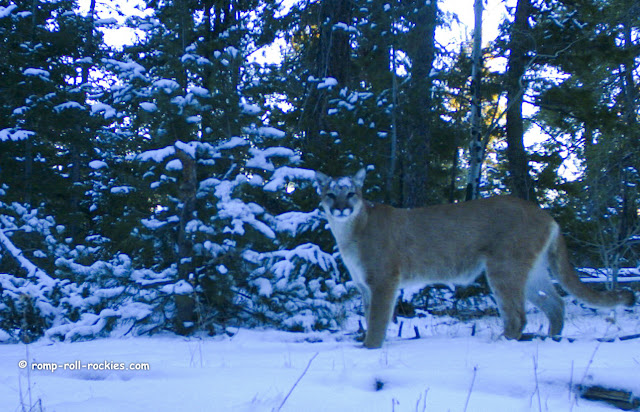 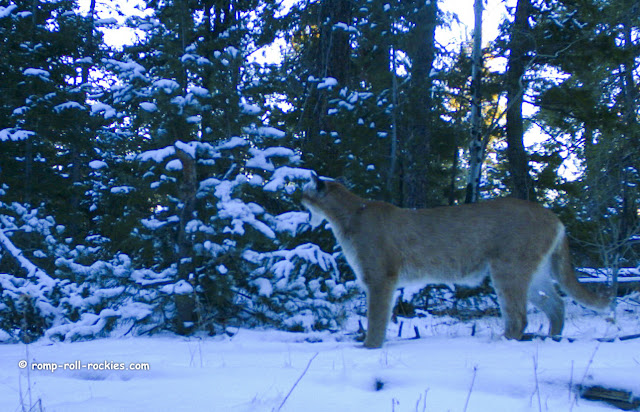 I am working on finding a cam to place in this spot that will let us see video and hear audio. I wish that it had been there last winter so that we could have heard the mom call her kitten!

I will be making a video of the many species who showed up at this camera over the past year! It'll be fun. I totally lucked out in finding this great trail cam location!
Posted by KB at 4:00 AM