One night in the desert, we were awakened over night by rain pounding on the roof of the LabMobile. The driving rain continued throughout the night and into the morning. There is no sound that makes me want to sleep late like that one.

At about sunrise, the Runner was outside the LabMobile making coffee. At one instant, the sun found a slot in the seemingly endless cloud cover and shined through. A clear and gorgeous rainbow appeared to the west. 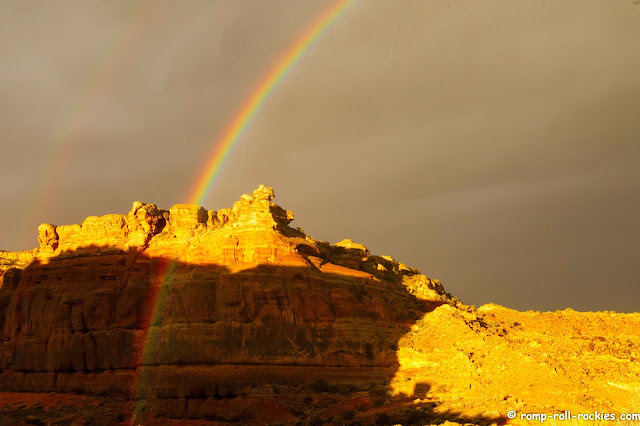 He called to me to hurry and see the rainbow. It was a full rainbow but I didn't have a super wide angle lens on my camera. I captured about half of it but the whole arc is seared into my memory. 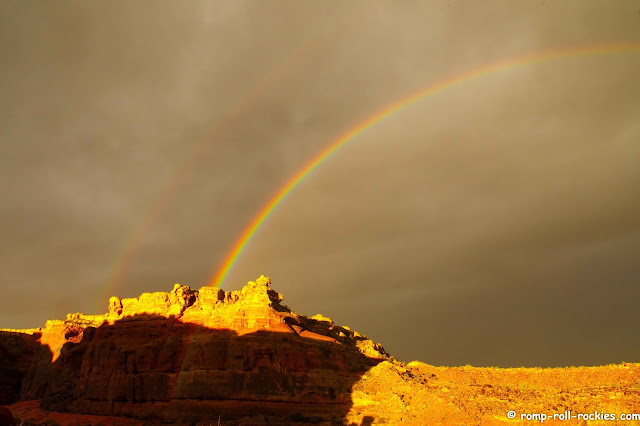 That was a far better start to the day than I'd expected. However, soon thereafter, the rain started pounding on the roof again. My mood soured and then went further south when my phone rang to tell me that someone was trying to use my credit card hundreds of miles away. Argh.

I thought that we wouldn't see the sun again that day. Fortunately, I was wrong! As soon as it burned through the clouds, Shyla and I were out of the LabMobile preparing for a ride. 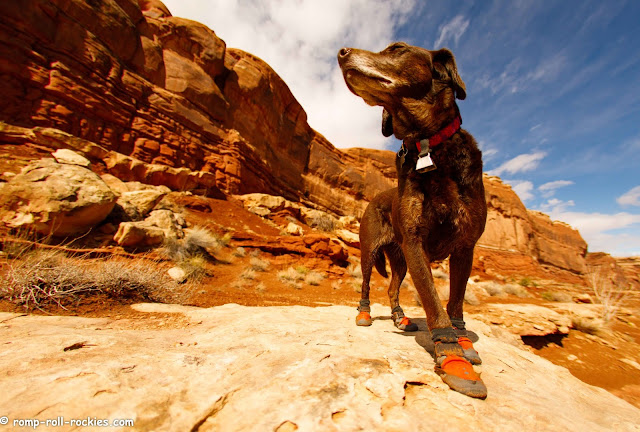 The rock world was covered in water. I enjoyed the reflections, as you can see! 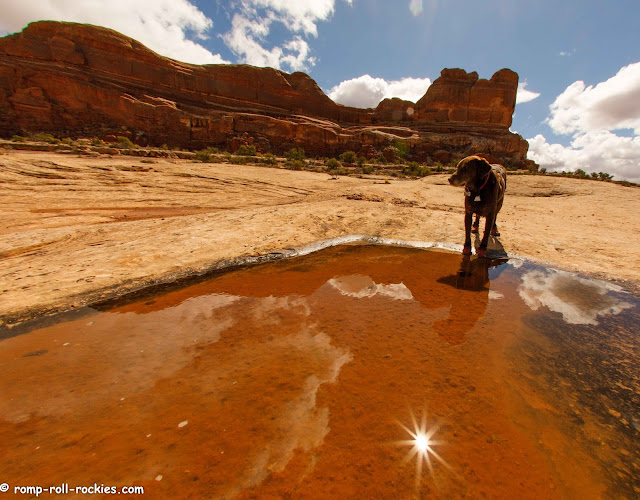 I am thankful everytime Mother Nature gives us the gift of sunshine. It can turn my day around in an instant!
Posted by KB at 4:00 AM