A bull moose pair has a small fight

In last week's wildlife post, I showed you a pair of bull moose who visited a water/ice hole together. 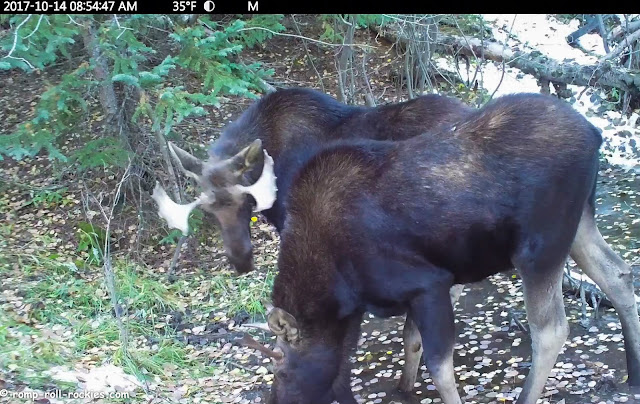 My trail cameras have shown that they've been traveling together for about a month. At most cams, I get a simple video clip of the two walking single file past the cam. 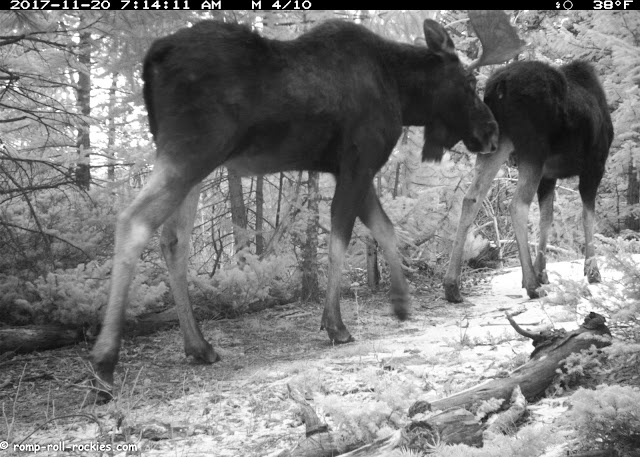 One video clip was different. The larger bull moose appeared to be aggressive toward the smaller one - perhaps exerting his dominance in their relationship. Then, they were briefly apart, according my trail cams. However, just a short time later the pair was walking together again.

It's so interesting to get these glimpses into the lives of animals who we can't observe behaving normally in person. When people are around, the moose focus on the people so they don't behave "normally" at all. That's the beauty of trail cam footage!

The video is at youtube but you can watch it here if you prefer.

Happy Wildlife Monday!
Posted by KB at 4:00 AM