At first glance, it's just a typical spot in the forest with a deep carpet of pine needles and forest debris strewn about. However, if you know about the way that wild cats mark territory, by kicking back with their hind paws to scrape the ground and then urinating in it, the spot rapidly starts to look like a wild cat proving ground.

"Scrapes", two parallel furrows (one for each hind paw), cover the area. Some are big and some are small, depending on whether mountain lions or bobcats made them. Moreover, you might also notice a wide area of disturbed pine needles. If you explore further, you find mountain lion scat under the needles. Believe it or not, our biggest predator covers up its scat. By contrast, feisty little bobcats do not.

Within a day of placing a trail camera at this spot, a mountain lion cruised through. 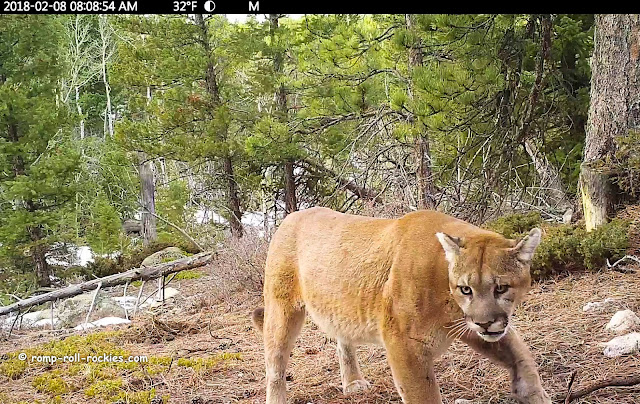 Next up, a bobcat arrived. He sniffed the area, and he decided to roll around in the mountain lion scent. He spent the first couple of minutes within view of the trail camera. This photo was during a brief break in rolling around. 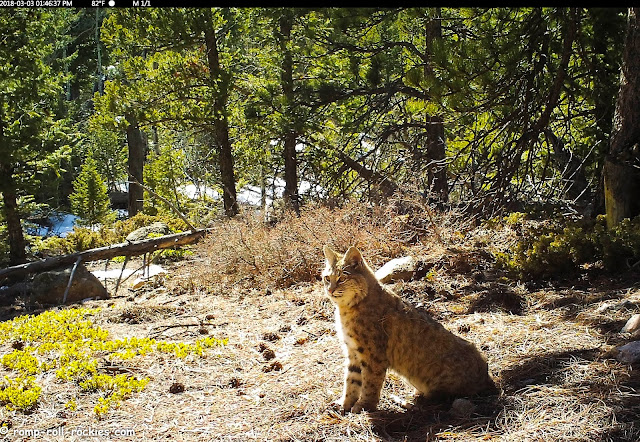 Then he moved under the camera so that he wasn't in full view anymore. You can barely see his head on the lower edge of the image. 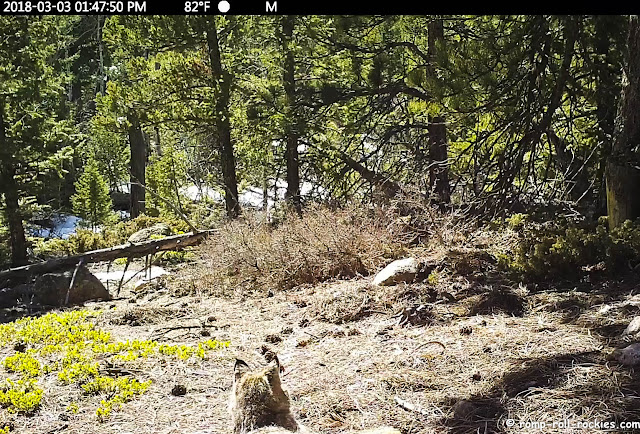 Finally, he stood up and shook off the pine needles before departing. 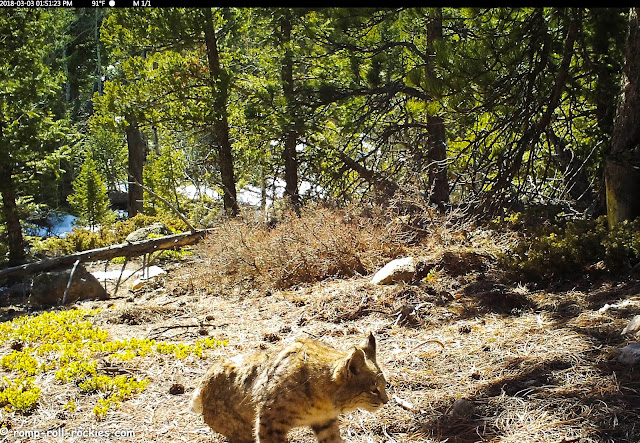 Believe it or not, a mountain lion was back to mark territory again within a few days. 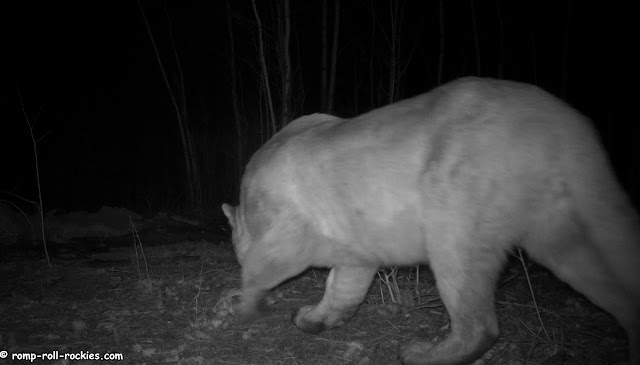 In the video of the mountain lion visit on  3/7/18, be sure to listen carefully for the panting and hind paw scraping by the cat. When he's scraping, pine needles are flying in the air and appearing in front of the camera.

The video finishes with two visits to an old elk carcass by a lion. That carcass is very close to the marking area where the previous clips were recorded.

I love our wild cats. I love the sheer power of the mountain lion, and I love the feistiness of the small bobccat!!!

You can watch a video of the mountain lion and bobcat marking these territories either here or at Youtube.