Caturday: A Mountain lion Takes on my Trail Camera

I've been saying this for months but it's still true. We are in an unprecedented phase of mountain lion activity. I have never had so much footage of mountain lions recorded in such a short time.

This is a recent photo of a mountain lion who visited a water hole to drink. It shows one of the most glaring signs of our drought. Water holes that are usually full all year around are dry now. This one still had a little water when the lion visited it a week ago but it's now arid.

Look at that lion. He is so handsome! 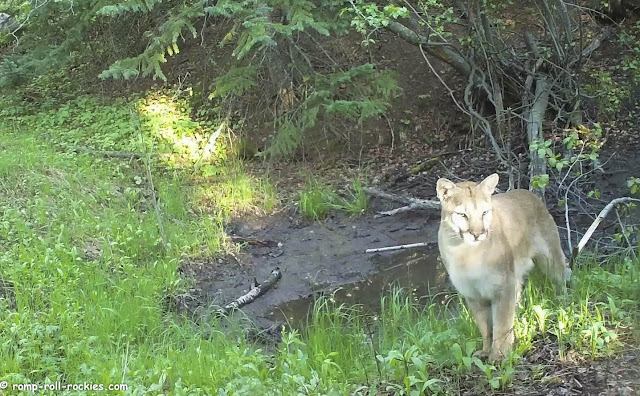 Closer to our home, a lion went through the area visiting the "usual" marking spots. He kicked back the pine duff and urinated to leave his scent mark. 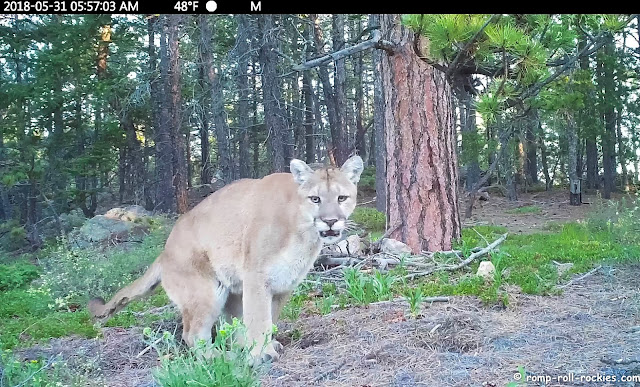 The next marking spot was only short distance away but he must have detoured because it took him almost 30 minutes to get to it. I adore seeing the long muscular necks of these creatures with no bulky collars on them! 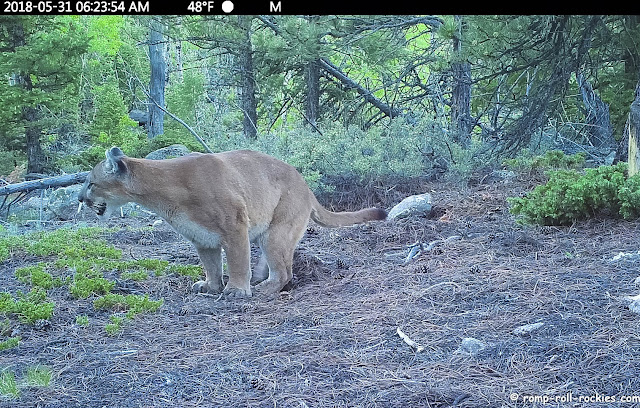 Finally, the most chilling sighting was a youngish lion who examined the trail camera closely and even bit it! The main view of him was of his neck. 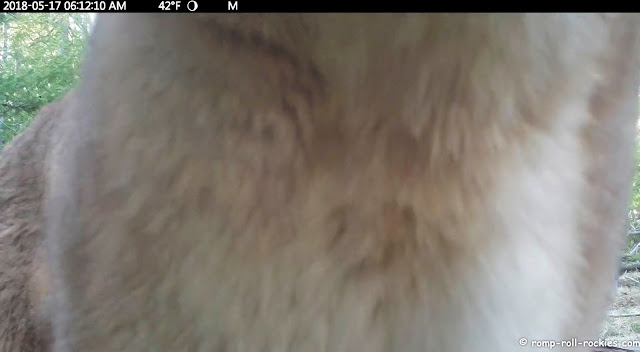 My friends who have pet cats suggested that this was probably a young cat. It was a silly playful thing to do that a serious adult probably wouldn't waste time on.

I compiled a video of all of these clips, including the lion biting my camera, which you can watch here or on Youtube.