Wild cats seem enamored with bear scent. In fact, one of my very first video clips from a trail camera years ago was of a bear marking a tree and then a bobcat rolling at the base of the tree.

A similar scenario played out recently except that a mountain lion was involved too.

First, a female bear walked past a marking tree. She sniffed but didn't mark which is typical. 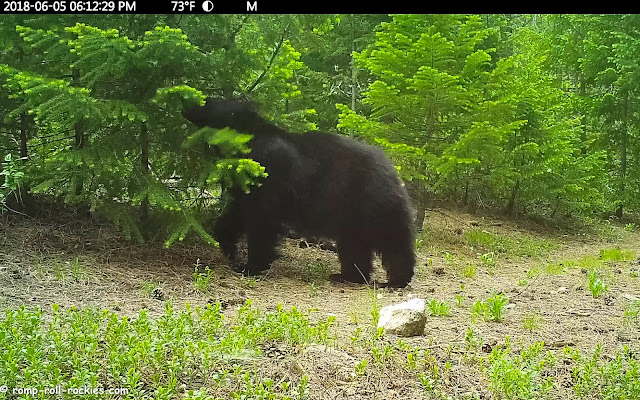 The sow's mate trailed her by about 15 seconds. Her mate gave the tree a thorough marking. As male bears rub their backs on trees, they urinate at the same time, leaving strong scent on the ground below the tree. Also, the male bear also marks the ground with his paw pads, which you can see when he walks away from the tree in an odd manner called a "cowboy walk". 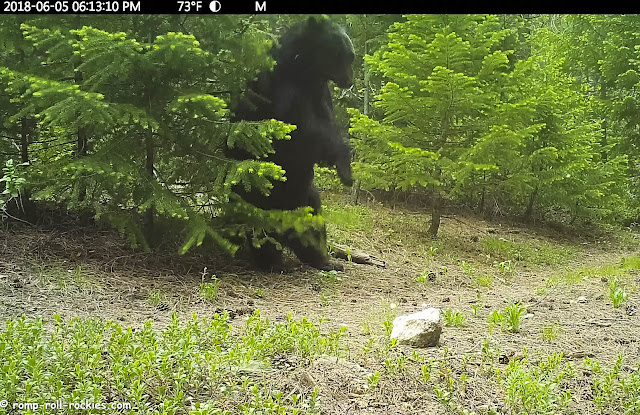 Consequently, after a bear passes a tree, the ground near the tree is covered in bear scent. For some reason, wild cats seem to love that scent. Bobcats roll in it. When people see an image like this, they think that I might have put a scent on the ground to cause the cats to act crazy. I didn't - it's all the bear scent! 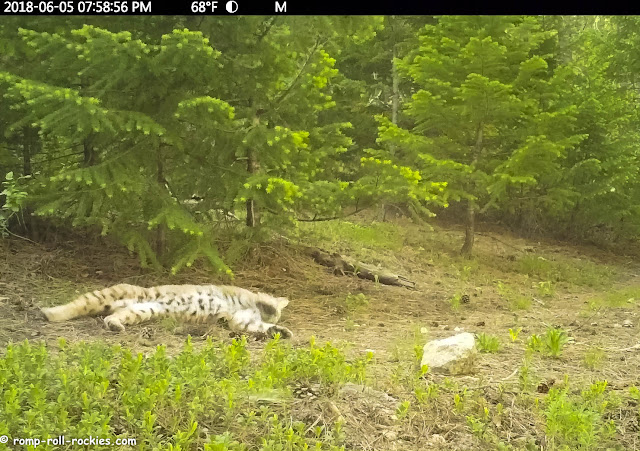 Lions sniff it and sometimes roll in it. In this case, he sniffed. 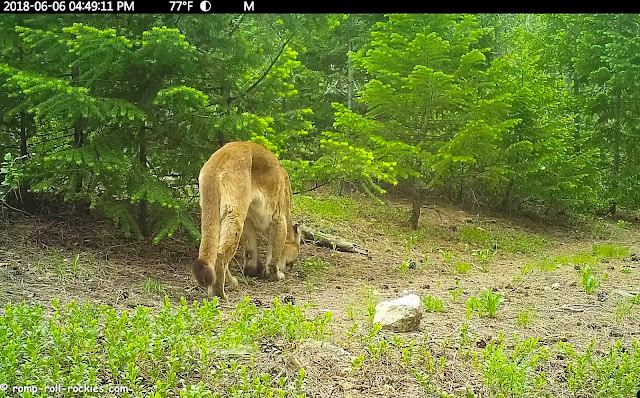 At a nearby marking tree, a similar situation played out. A male bear marked the tree doing an intense dance! 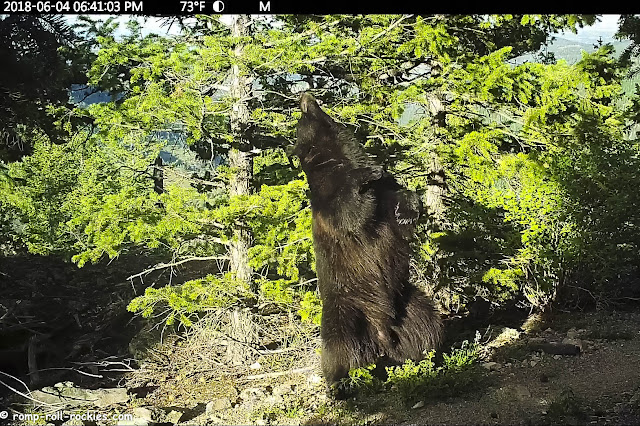 Then, a mountain lion rolled in the scent that the bear left on the ground. 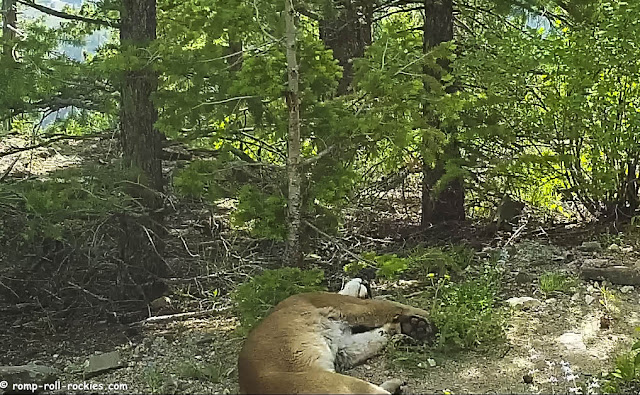 This video shows you the antics of bears, a bobcat, and a mountain lion by a bear marking tree. It's so cool to see how these elusive wild animals behave when we humans are not around!