The mother and cub pair have appeared in front of my trail cams multiple times. Her territory seems to be in the heart of the area that I monitor.

First, they appeared a water hole that I've known about for many years. It's one with awful smelling water that appears to leave the bears more muddy than anything! A cool thing about this water hole is that there's an active bear-marking tree within about 15 yards of it.

As usually happens, the pair are not constantly in extremely close contact anymore. They travel together but the cub is more independent than earlier in the year. When they arrived at the muddy water hole, mom went straight into the water. 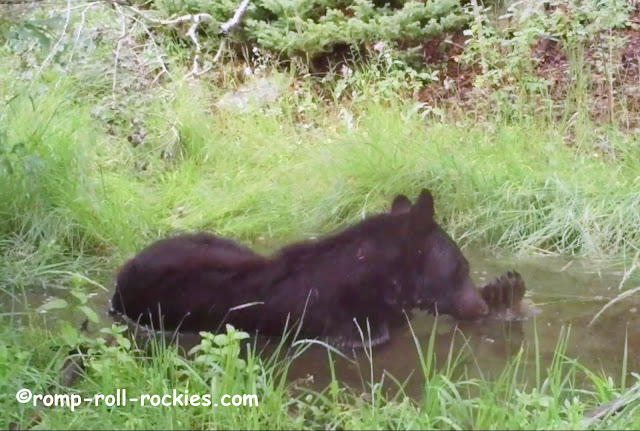 Meanwhile, the cub explored the bear marking tree. The cub sniffed it and then grabbed a branch to rub it over his/her head. That helps leave this cub's scent on the tree. It's amazing to see a cub's instinct to mark kick in at about this age. 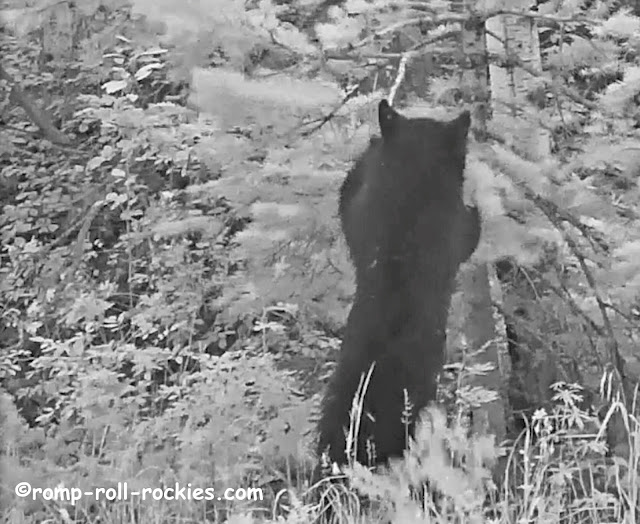 Soon thereafter, the cub ran into the water with a confidence that is new to this cub. And s/he is huge! It's mind-boggling how fast cubs grow, even in lean times like we've had recently. 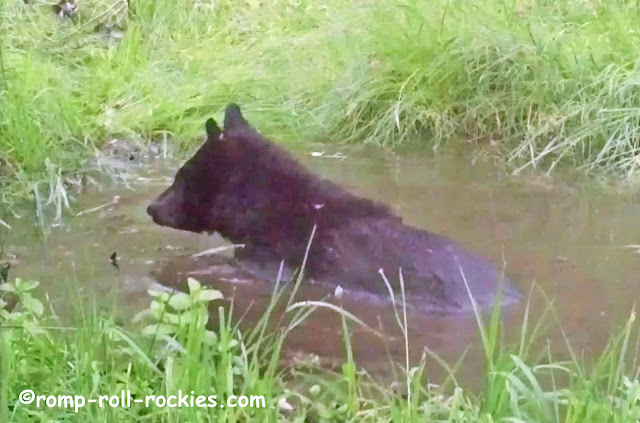 About a week later, the pair visited a water hole that I discovered only a few weeks ago! It's in a gully where I noticed that bears seemed to get wet. The main water hole there had dried up so I knew that there had to be another one that they were visiting. I spent some time clambering through the gully. I don't know how many of you have tried to clamber up a deep forest gully but it's really hard! There are tons of fallen trees and other obstacles. I finally found a water hole that is still full of water even this late in the year!!!!

The cub cutely took the first bath. As the cub moved through the water, s/he had some trouble going over a tree that fell in the water hole, getting stuck for a cute moment. This is the frame where the cub was stuck. 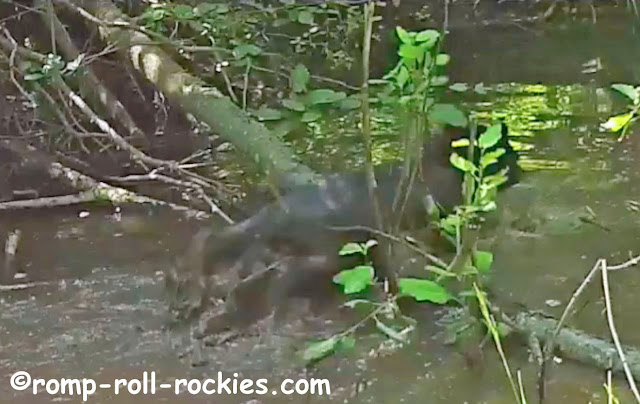 Then it was mom's turn. She took a more extensive bath. Near the end, she sat up like a human in a bath and her hind paws even stuck up out of the water! 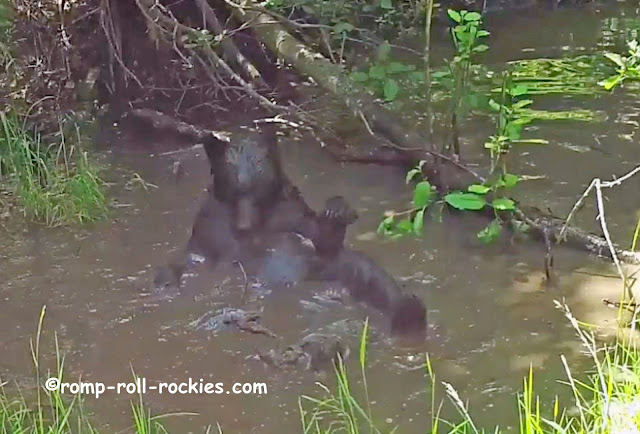 I'm so glad that I found that water hole! In retrospect, I wish that I'd thought to search for it years ago!

Here's the video. As usual, you can watch it here or at Youtube.
I'm excited to say that I have still more fun bear and moose footage to share. In the footage, the bear is digging up anthills and eating their eggs. In the moose footage, a big bull is foraging by a water hole. I'll show you those in future posts!
Posted by KB at 4:00 AM