It is incredible how our moose population has exploded. Prior to 2010, I'd never captured a trail cam photo of a moose. Now, they are the most numerous species that my cams record. Here is a big bull moose in the midst of losing his antler velvet. 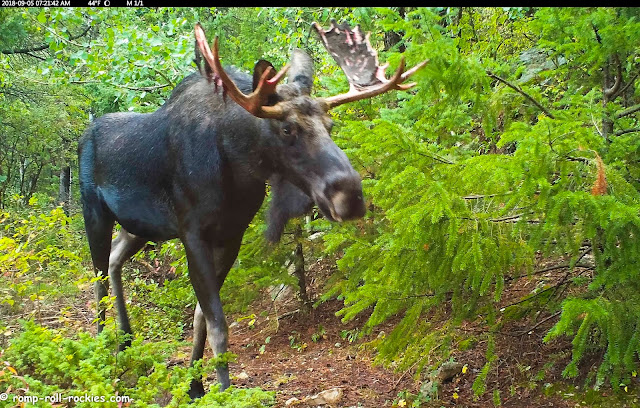 In early September, I was heading for a trail camera that I have set up to capture video of bears digging up an ant hill. As I walked toward the cam, a bull moose trotted away from the cam. He stopped a short distance away to watch me. His antlers were losing their velvet... and he looked huge. 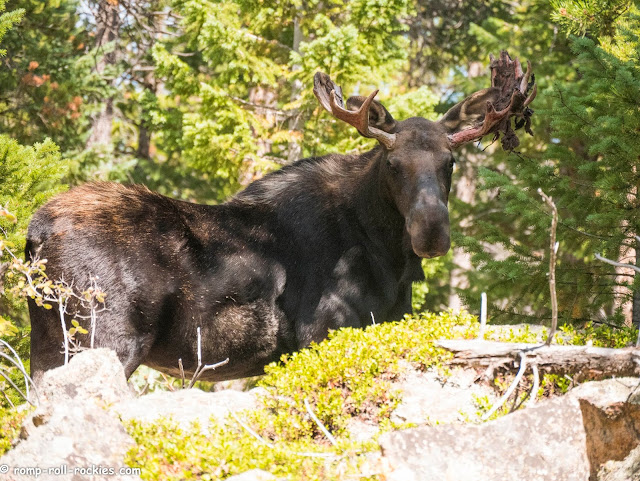 When I checked the cam, I discovered that the bull moose had been lying on the ant hill for several days in a row. That truly puzzled me because I go crazy with ants crawling up my legs when I check that cam. The cam is about 15' from the ant hill. Why, oh why would a moose want to lie on the ant hill? My best guess is that the sand is cool, and his fur is thick so the ants don't bother him.

The first clip in today's video is of the bull moose on the ant hill. Here is an instant in mid-yawn. 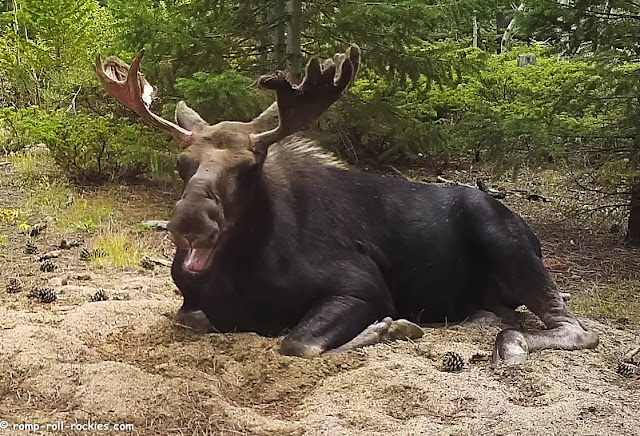 The rest of the video is showing interesting snippets of behavior of moose during mating season. It has rained only once this month, and it was a humdinger of a thunderstorm. A bull moose chose to chase a cow moose through the forest during that scary storm - and they both seemed oblivious to the flashes and booms. That is the second clip in the video.

During mating season, the moose seem to love a pond on my friends' land. One bull hung around there by himself one day and evening. He decided to attack a tree right next to my camera. It rattled the camera in a huge way but, thankfully, didn't damage it. It was amazing to "feel" the force of the moose's antlers via the camera recording. 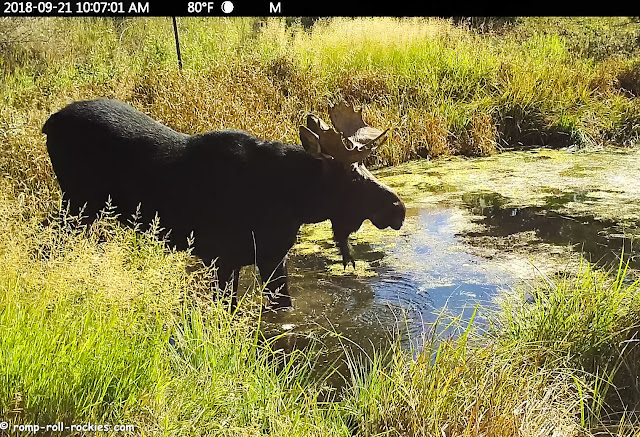 At that same pond, moose couples showed up a number of times. I found it so intriguing to listen to them vocalize as they foraged by the pond together. They sound almost eerie as they "converse". 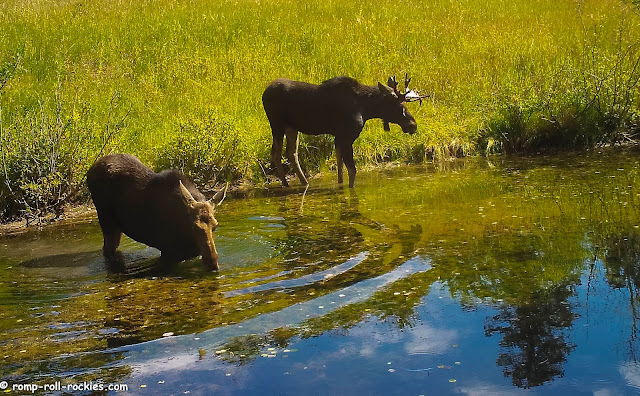 I hope that you enjoy the short video.
Posted by KB at 4:00 AM